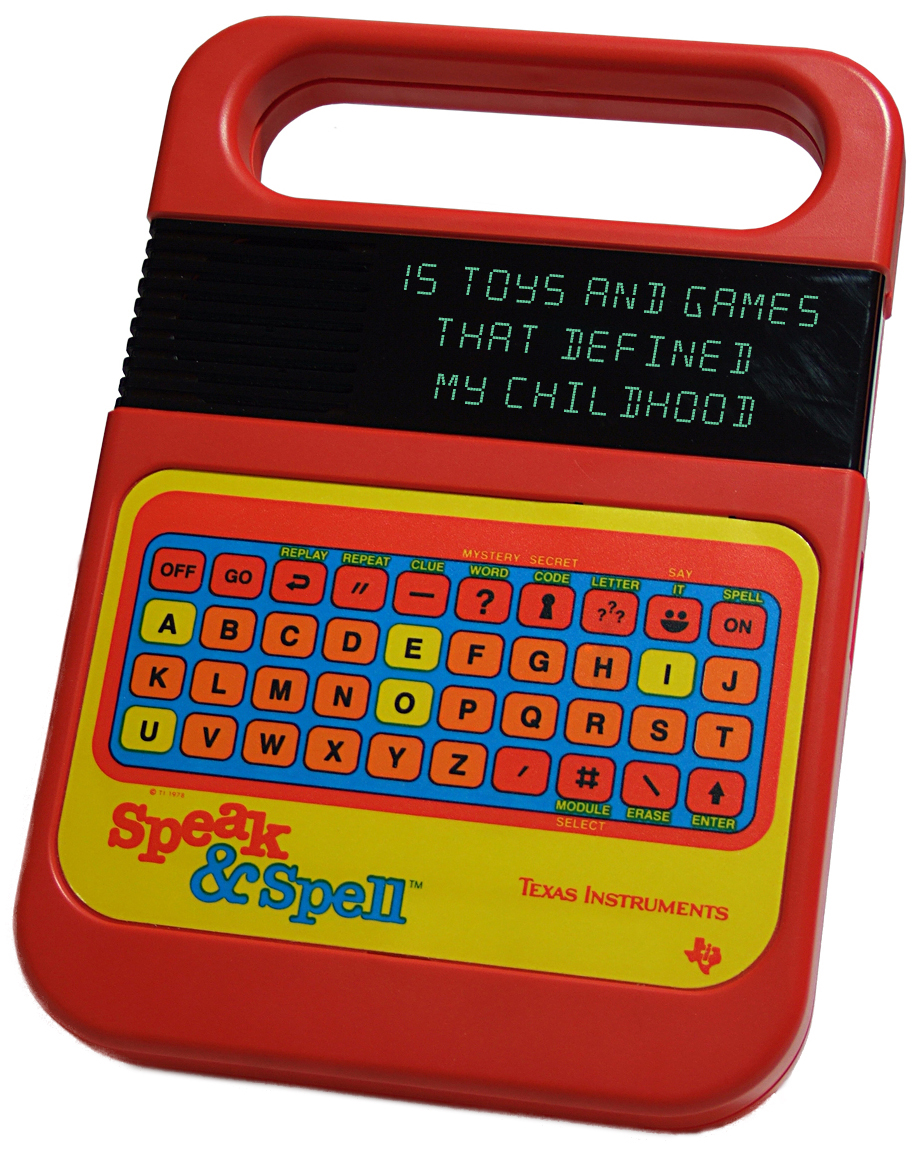 You guys had to know it was coming… So far I’ve talked about the TV shows, movies, and songs that defined my childhood – today it’s time to talk about the toys and games that filled me with joy during the 90s. I was born in 1987, so most of these are from the 1990-2001-ish era (the greatest era of all time?). As always, I’d love to hear about your favorite toys/games growing up, which of the toys on my list that you also loved, and which ones you’ve never heard of. Sound off below, and long live the 90s!

In no particular order… 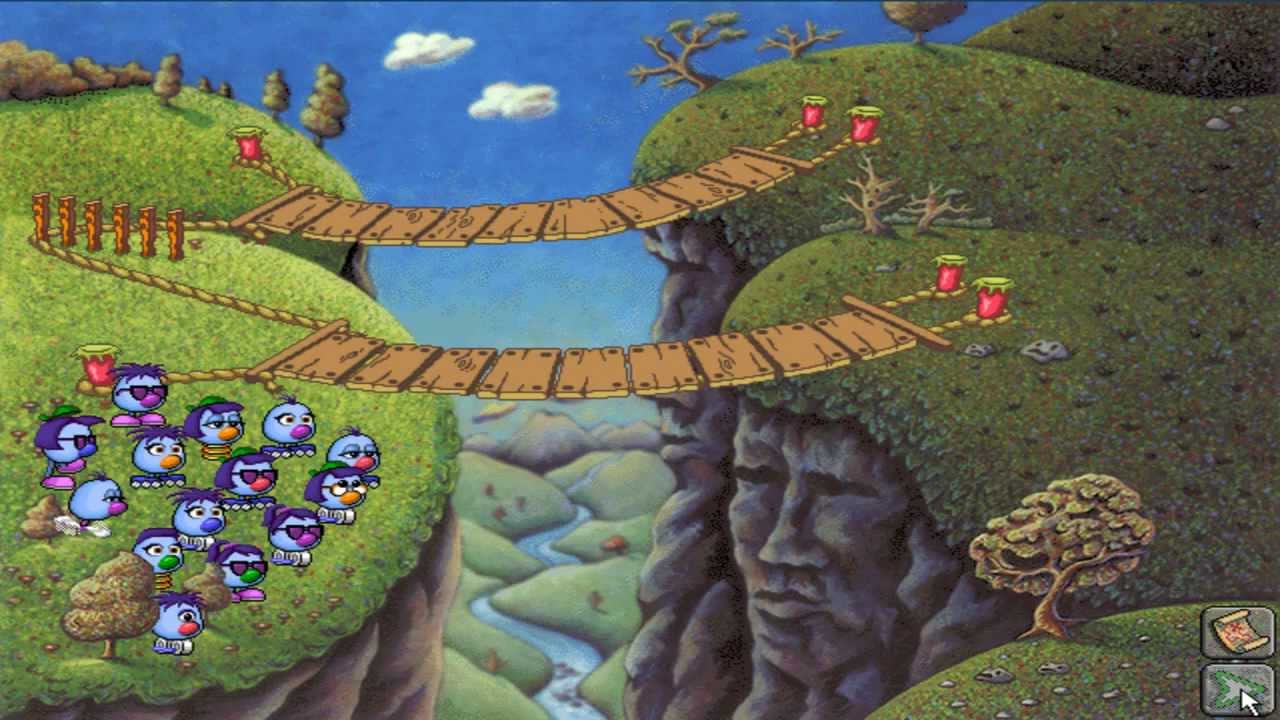 I first played this game in computer class during 4th grade, and I loved it so much that I asked for it for Christmas. (My parents have a truly hilarious reaction picture of me opening the game on Christmas morning). The best part about playing this was the fact that it completely disguised learning as pure fun. 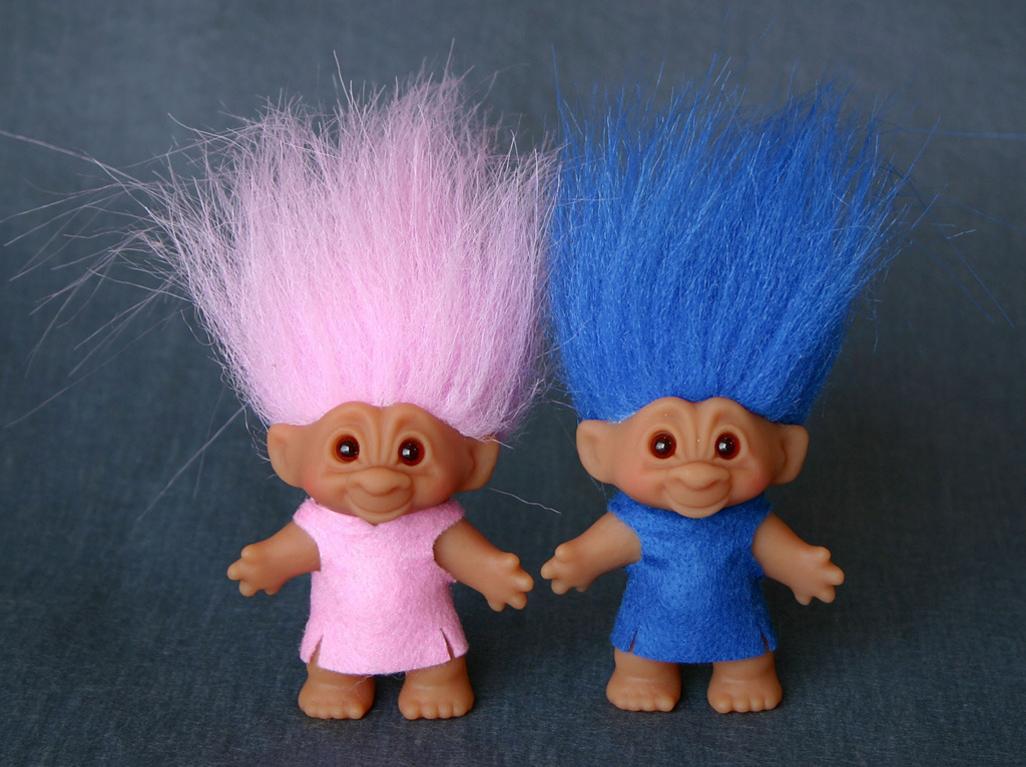 I had quite a little troll collection back in the day, and I was really particular about the order I kept them in on my dresser. I would also meticulously use my fingers to shape their hair into a perfect point. I guess in my eyes, it was like having a troll exhibit right in my bedroom. 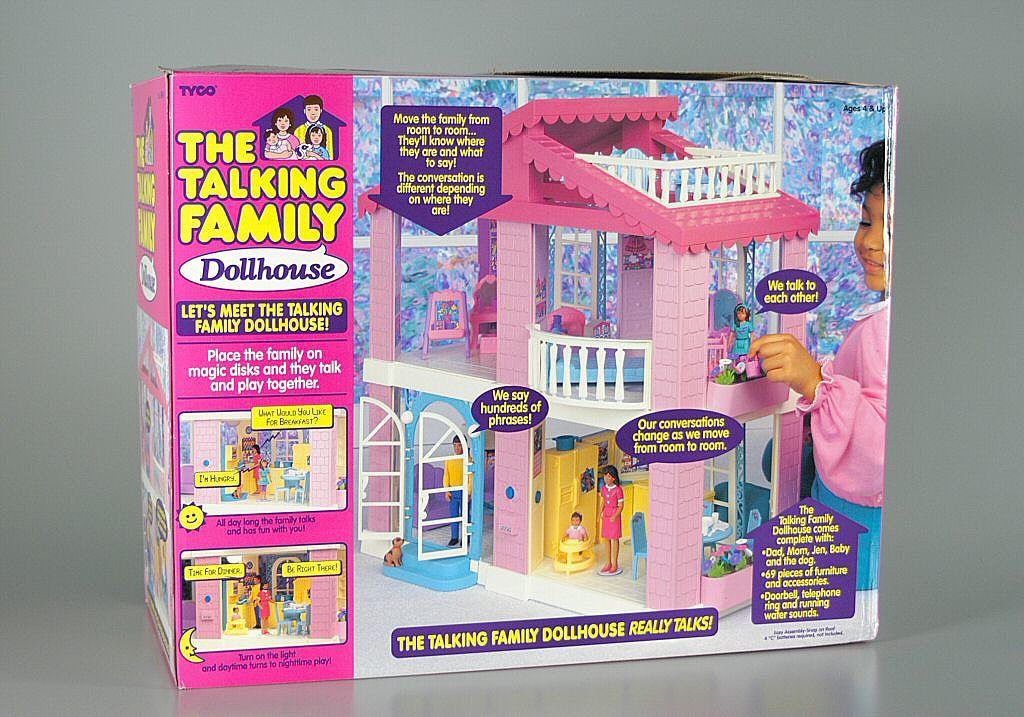 This was the COOLEST dollhouse ever. Basically, you could take the different family members and place them on these little disks placed around the house and they would talk to each other. It also had a working doorbell, which I remember being really impressed by. 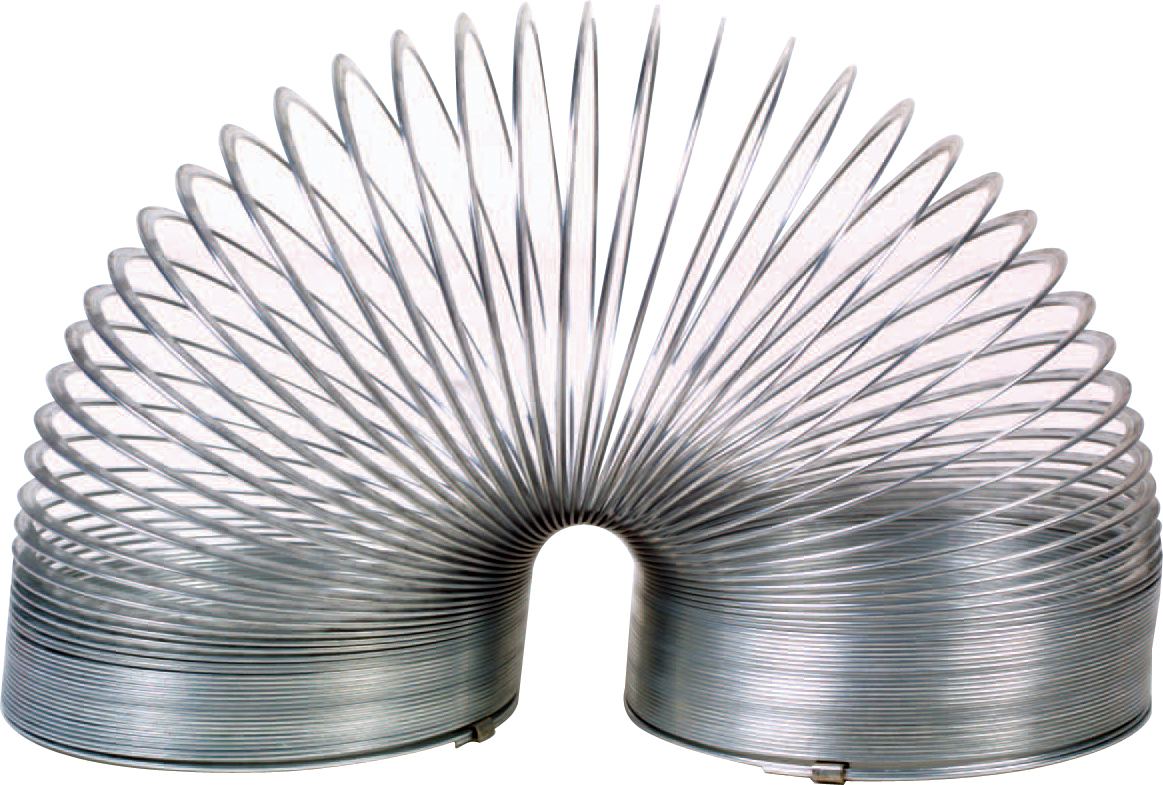 Ah, the timeless classic that’s fun for a girl or a boy. I was always really upset that we never lived in a house with stairs, so I couldn’t make my slinky walk. Funnily enough, my parents finally moved into their first house with stairs once I went to college. A little too late, guys, a little too late. But, I have to give my mom a shout out, because approximately 9 seconds after I got a slinky, I’d get it twisted every single time, and somehow my mom would always be able to fix it. Mom skills at their finest. 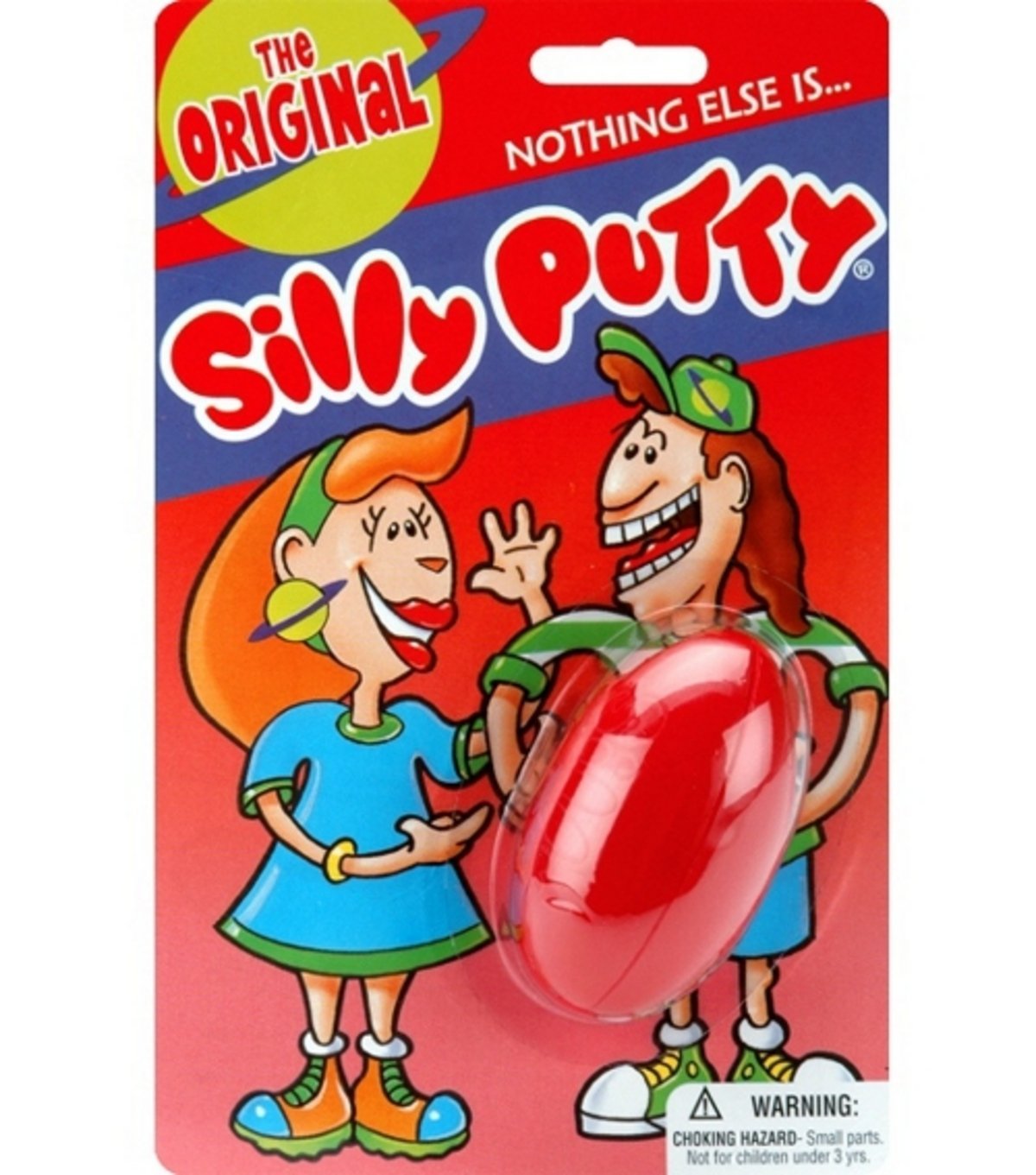 First of all, it was so cool that you could take newspaper impressions with this stuff. Actually, I don’t remember what else it was really good for, but I do remember breaking it off into little pieces and leaving a trail of it behind me around the whole house, and when my mom asked why there were tiny pieces of silly putty all in the carpet, I told her that logically it was because I was playing Hansel and Gretel, and the silly putty pieces were my breadcrumbs. 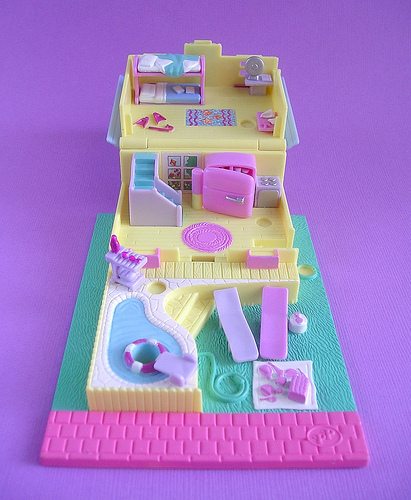 The invention of Polly Pockets is one of the things that made me certain that being an only child is the best thing ever. Some of my friends couldn’t have them because it was a choking hazard for their younger siblings, but there was no worry of that in my house, so I had a stockpile of them. 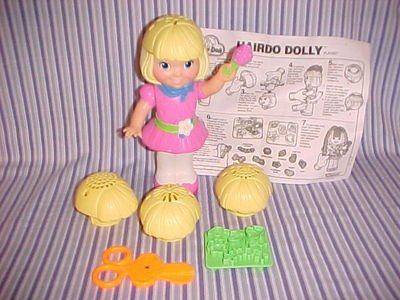 Play doh itself is awesome, but this toy was extra cool. Basically, you’d put play doh in her head, select a hair template, then crank her arm, and she’d grow play doh hair that you could cut. My dad was always a good sport, and would make other things out of play doh, while I’d continually grow and cut this doll’s “hair”. Good times!

Oh man, I was DYING to get the lime green Nano Baby for my birthday around 1997, and when I opened it, I felt like all my dreams were coming true. Of course, I could never keep it alive for more than a day, but I sure did love trying. 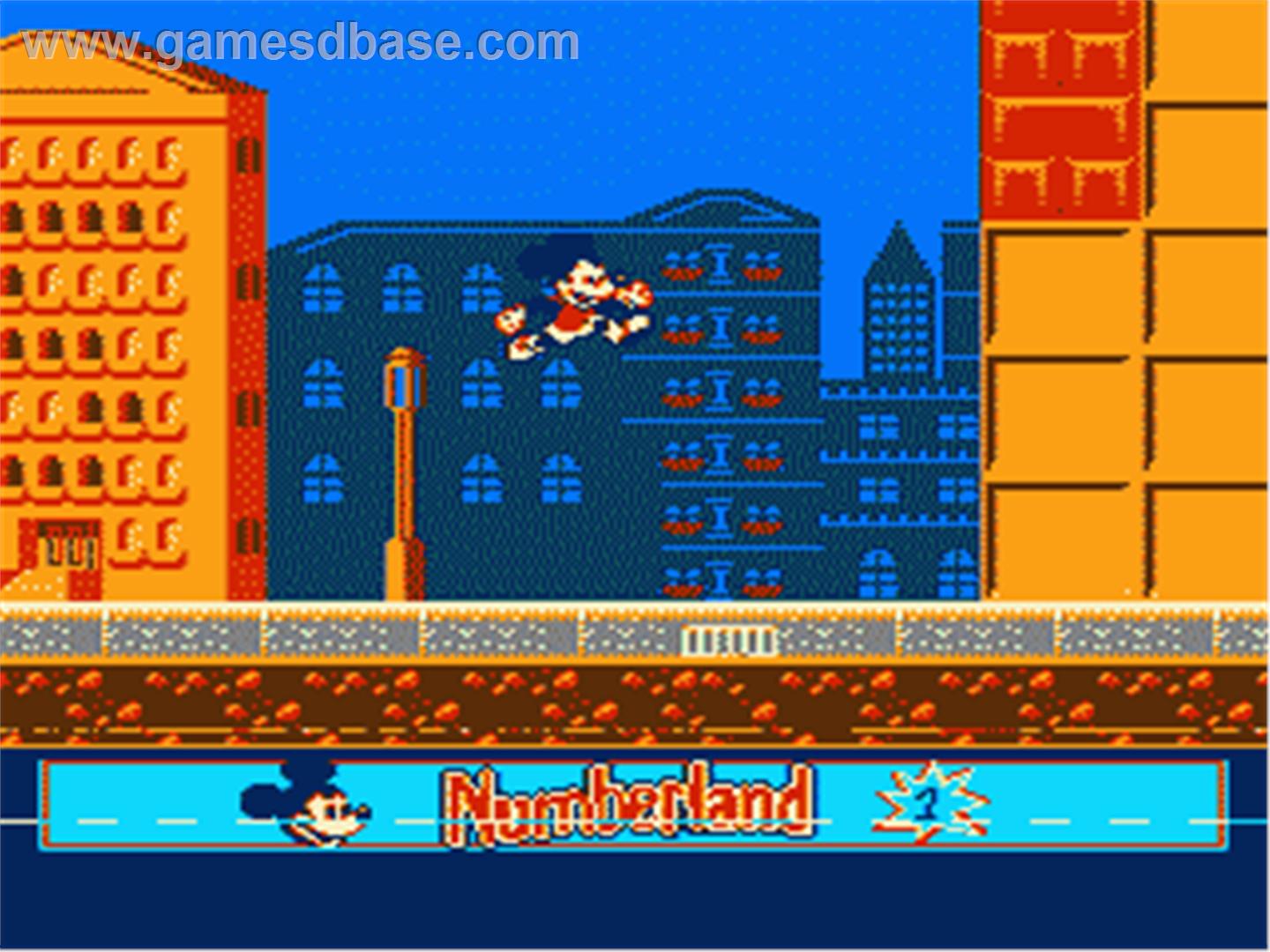 I didn’t really have a lot of video games growing up, but this was one of my favorites. Any game that can actually make math fun is considered a winner in my book! Despite having not played this game in about 20 years, sometimes I still get the songs from it stuck in my head, and I’m instantly taken back to being 6 years old. 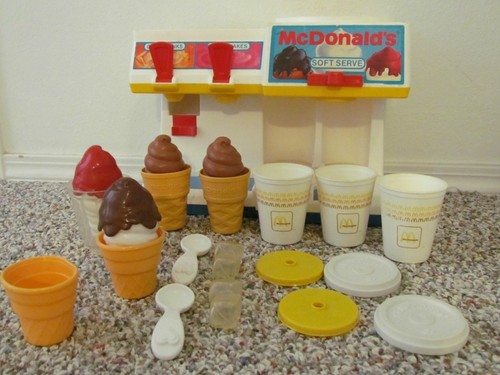 This was one of my favorite toys, as I used to love to pretend to serve my parents ice cream and drinks. There’s also one sweet memory I have associated with this toy, when my parents were telling me about my grandfather that I never had a chance to meet, and I asked them if they thought he’d like playing with this ice cream set with me. 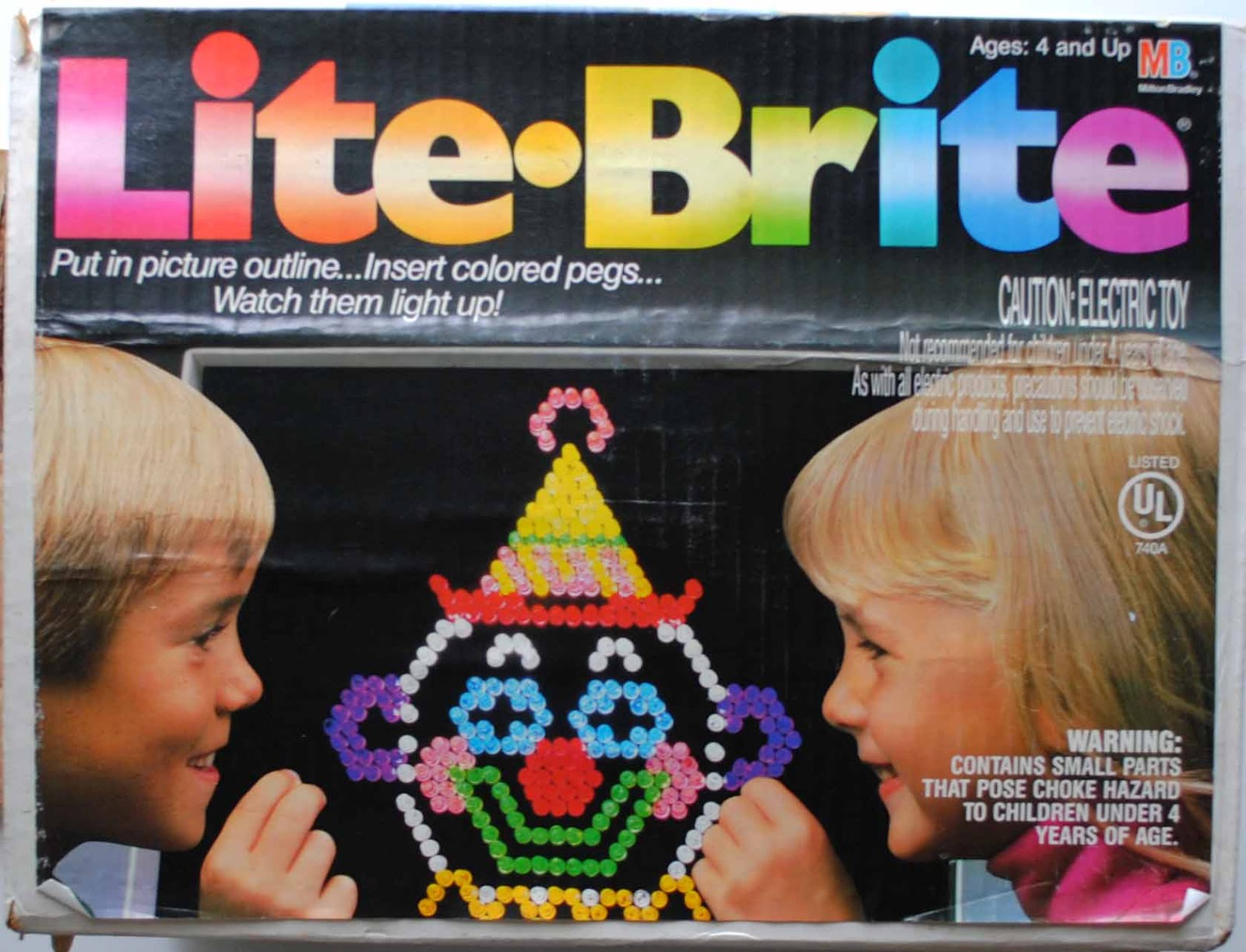 I remember playing with my Lite Brite for hours at a time without ever getting bored. I was such a little rule follower though, that I would never really make my own designs, instead sticking to the templates that came with it. 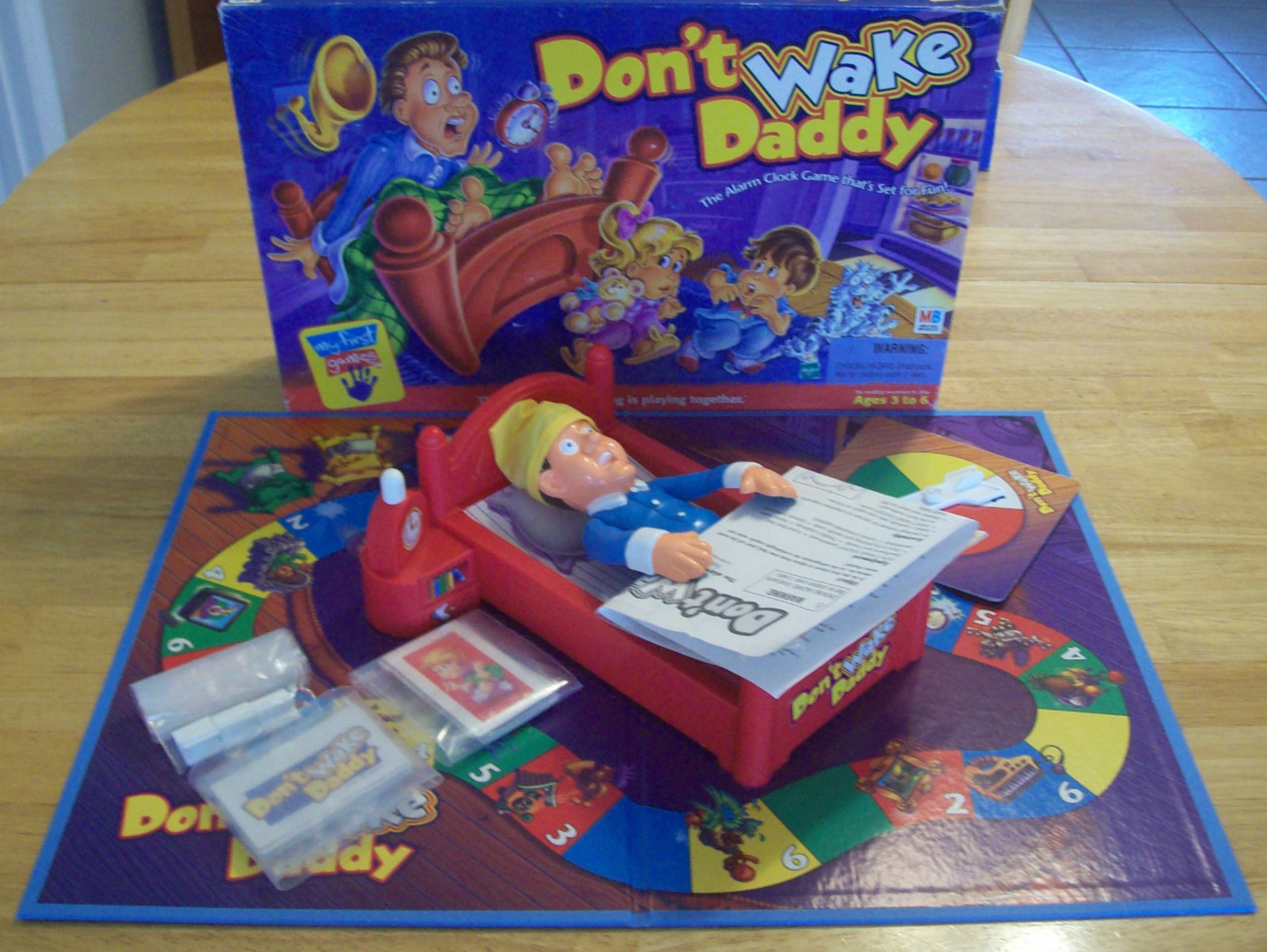 This game was fun, because you had to make your way around the board (house) without the dad popping out of bed and waking up. I ended up playing this so much that eventually the dad wouldn’t stay laying down anymore, which rendered the game useless. 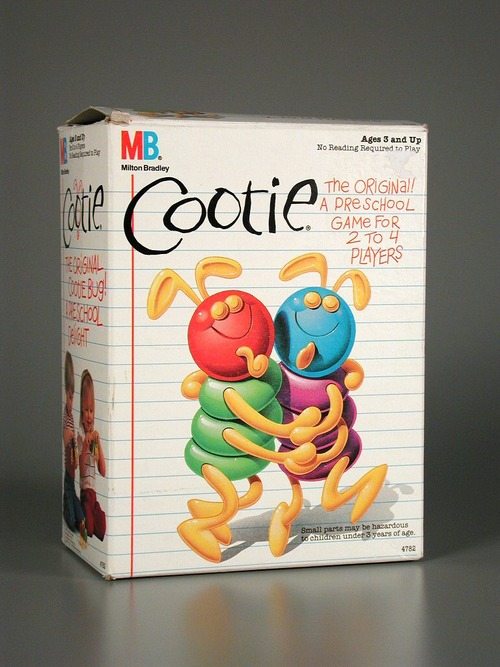 I used to love playing this with my mom, long before my days were filled with going to school and doing homework. Years 2-4 are pretty awesome – it’s a shame we’re too young to realize it at the time. 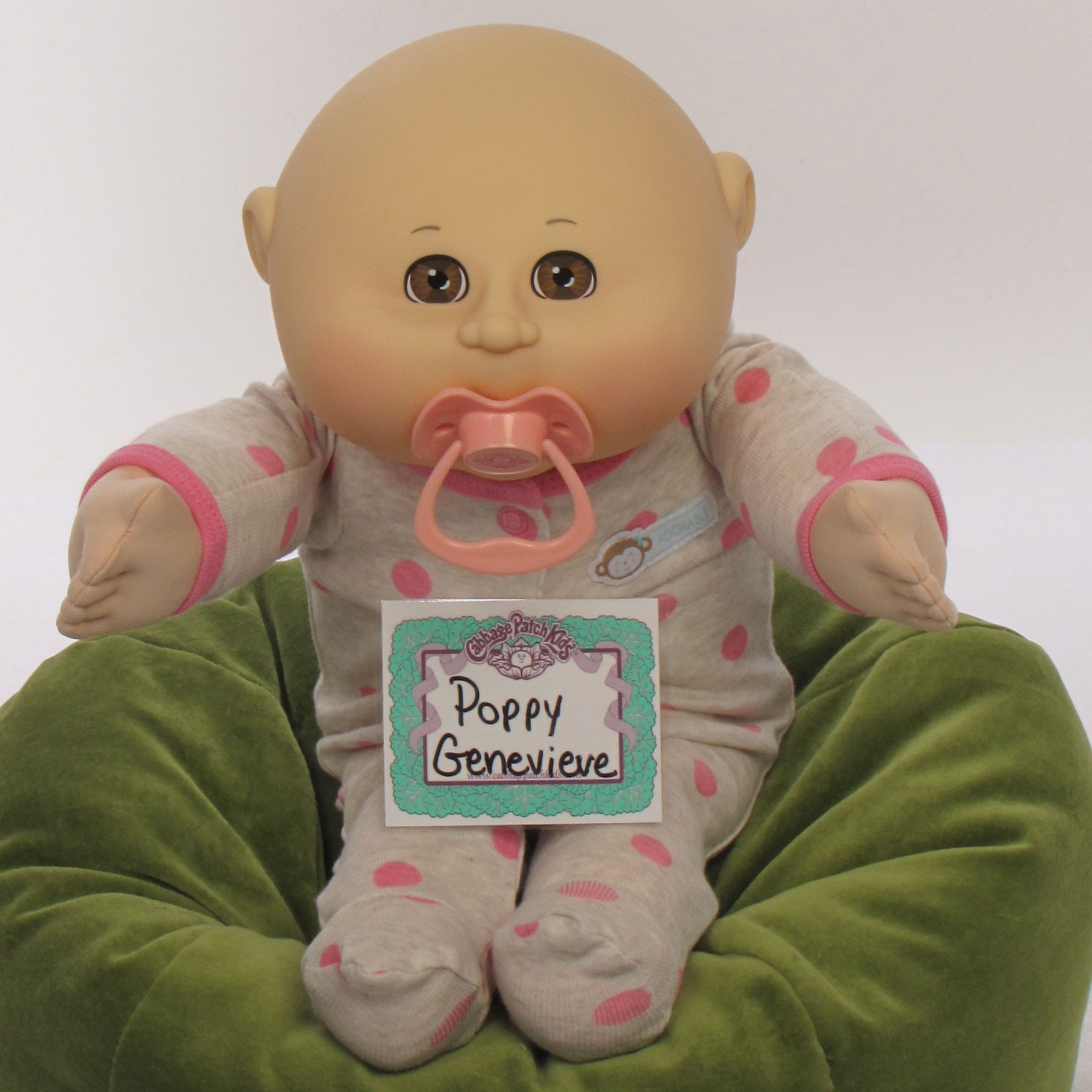 My mom tells me that around age two, I sat on Santa’s lap at the mall and asked for a bald baby doll. The obsession only grew from there, and as I grew up, I pretty much despised any baby doll that had hair. To this day, I think real life babies are cuter when they’re bald, but I guess they have to grow out of it eventually. 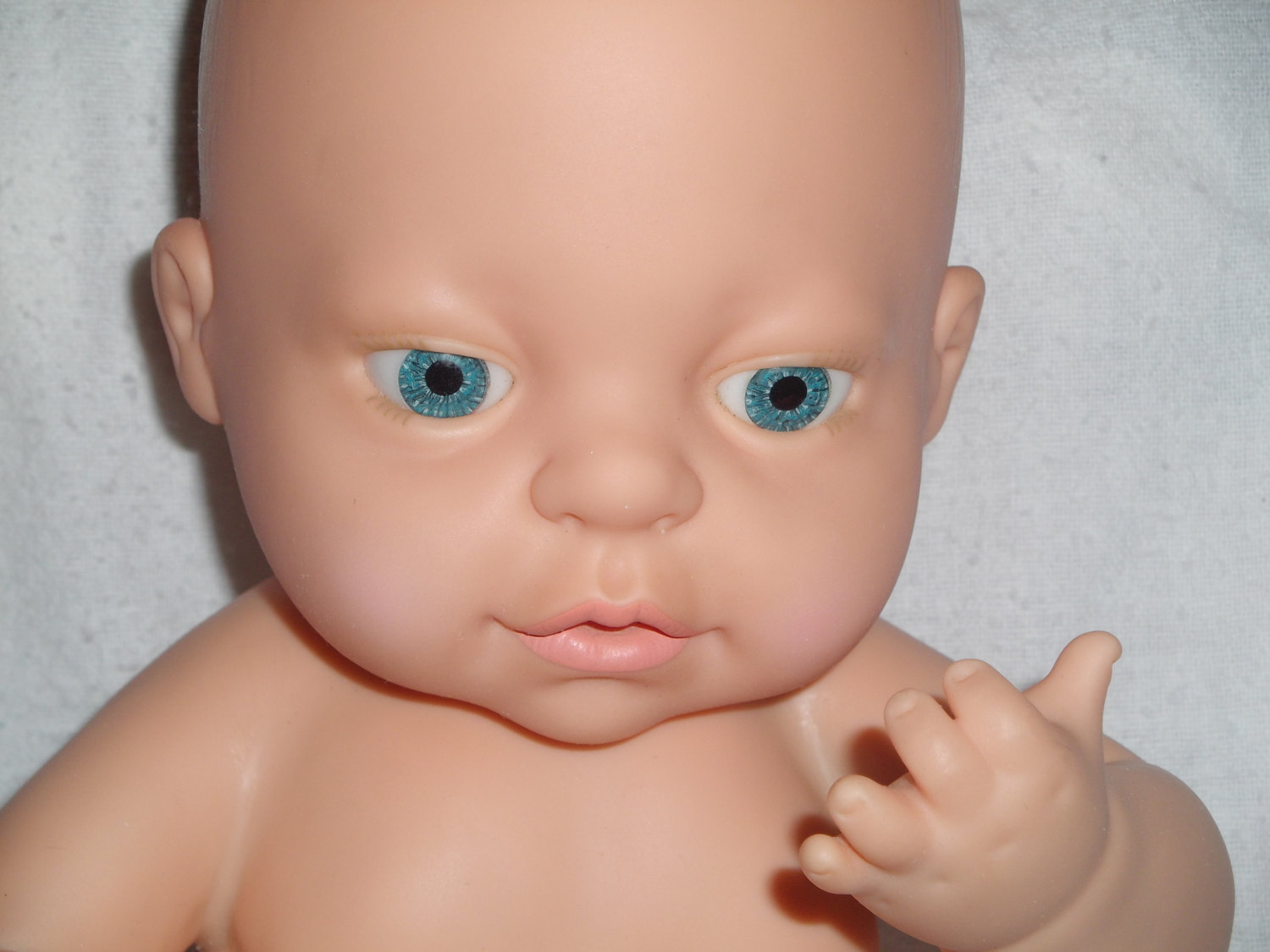 This doll was crazy, because it was made to feel like it had bones, and it moved “like a real baby.” It even had a soft spot! Eventually one of the arms ripped a little and some bizarre liquid started oozing out, and in dramatic-child-Ashley fashion, I was devastated. Note that it was bald, aka Ashley approved.