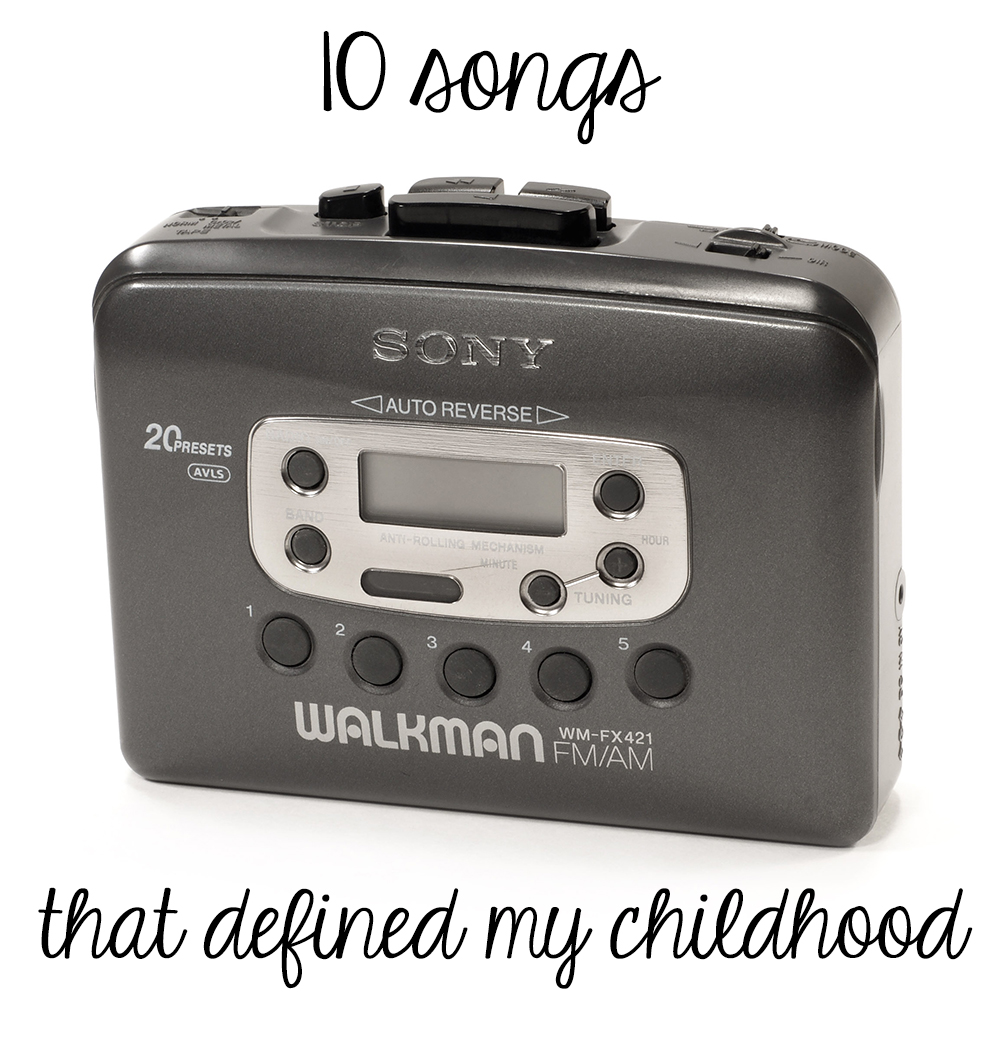 It wasn’t planned, but these posts have kind of turned into a series of sorts. First, I went through the TV shows that defined my childhood, and then I talked about the movies. I love thinking back to the things that meant a lot to me as a kid, and hearing each of these songs takes me back to specific moments in time. Basically, these songs conjure up some of the best memories.


2. “All Star” Smash Mouth
What it reminds me of: When I was 11, my family moved back to Florida, and we would listen to the radio while we played card games just about every night. This song came on ALL THE TIME and we all loved it.


3. “Always Be My Baby” Mariah Carey
What it reminds me of: Mariah Carey’s Daydream CD was the first CD I ever bought with my “own” money, at age 9. When I got home with my new purchase, I listened to the album on repeat with the lyrics in my hand until I learned every word.


4. “Another Day in Paradise” Phil Collins
What it reminds me of: I had this song on a black cassette that I asked my parents to play in the car constantly.


5. “Hold On” Wilson Phillips
What it reminds me of: I recorded this song on a cassette tape off the radio and listened to it constantly when I was about 8. Then, when I was 15, I was desperate to get my hands on the entire Wilson Phillips debut CD, and I found it in a random, hole in the wall music store. I (again) listened to every song on repeat and to this day can still sing every word to every song on the album. And now I want to listen to it all over again. So good.


6. “If I Had a Million Dollars” The Barenaked Ladies
What it reminds me of: This is the song that started my 15 year obsession with The Barenaked Ladies. It’s such a silly, funny song, and I remember singing it with my parents often. I also always got a kick out of the line, “but not a real green dress, that’s cruel.”


7. “If You Asked Me To” Celine Dion
What it reminds me of: I think around 1992 there was a made-for-TV special where a bunch of musicians performed songs at Disney World (Whoa, I just found it on Youtube! The memories are FLOODING back!) Anyway, during the special, Celine Dion sang this song and my 5 year old self absolutely loved it. My parents recorded the special and I watched it over and over (notice a pattern here?)


8. “Roam” The B-52s
What it reminds me of: I also had this song on a black cassette tape, and while I thought I knew all the words, every time I listen to it as an adult, I realize a different line that I used to get wrong.


9. “Sowing the Seeds of Love” Tears for Fears
What it reminds me of: My dad had the Tears for Fears greatest hits of 82-92 CD, and I listened to this song more than any other on the CD. It still kind of gives me goosebumps when I listen to it.


10. “Sukiyaki” 4 P.M.
What it reminds me of: Living in Panama, because that’s where I first heard it, and having my mind blown when I learned that the band name 4 P.M. stood for “for positive music”. Does anyone else remember this song?? I don’t know if I’ve ever met someone else who knows it.