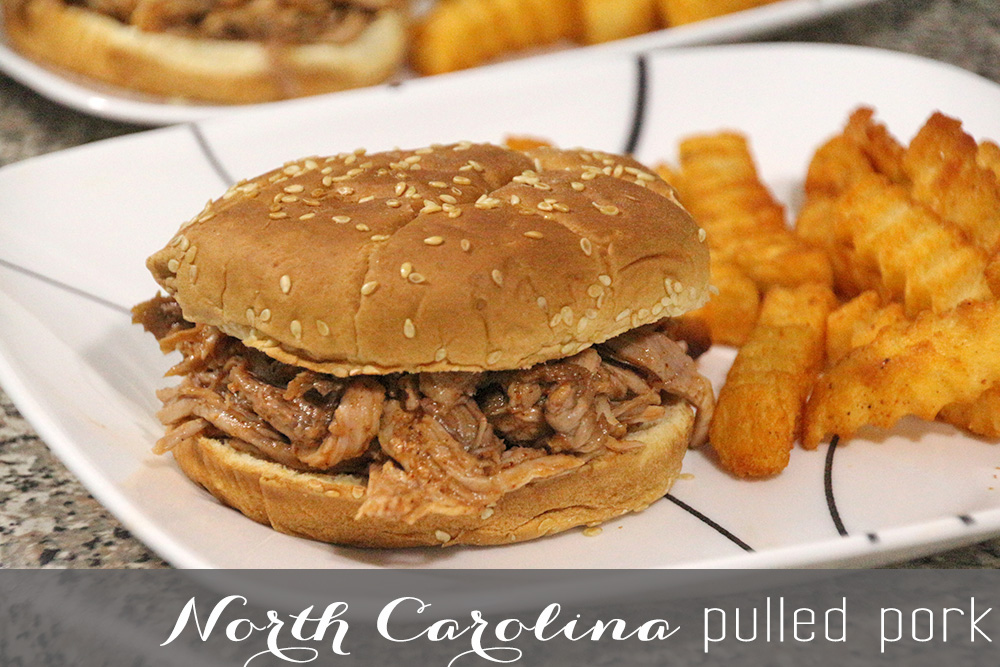 When I first moved to Raleigh (just over 5 years ago!), I thought I pretty much had a grasp on what barbecue was. If you asked 2008 Ashley about barbecue, she would have told you that it was grilled meat, topped with a brown, smoky sweet sauce. Boom, done. She also would have told you that she wasn’t a huge fan of it, because barbecue sauce is kind of gross. Ok, time to stop talking in the third person now.

Anyway, after I moved to this interesting little state of North Carolina, I started hearing things about “North Carolina style barbecue”, which has a vinegar based sauce, instead of the traditional brown barbecue sauce. I steered clear of the North Carolina style barbecue for about a year, because, call me crazy, but I didn’t think that vinegar sauce sounded any better than the brown stuff. But then, one day at work, lunch was catered by a barbecue place, and I didn’t have much of a choice – vinegar soaked meat on a bun was on its way to my taste buds.

That’s the day that everything changed, my friends. I took one bite and realized that North Carolina style barbecue is insanely delicious, and now I basically want it all the time. One of my favorite things to do is make my favorite restaurant recipes at home, so I finally got around to making my own North Carolina style pulled pork sandwiches, and I’m happy to say that they did not disappoint.

So, take my advice, guys – if you’ve never had North Carolina barbecue before, don’t wait a year to have it. Make it immediately, and bask in the deliciousness that is vinegar soaked meat on a soft sesame seed bun. You won’t be sorry.

instructions:
Combine the salt, garlic powder, and pepper in a small bowl. 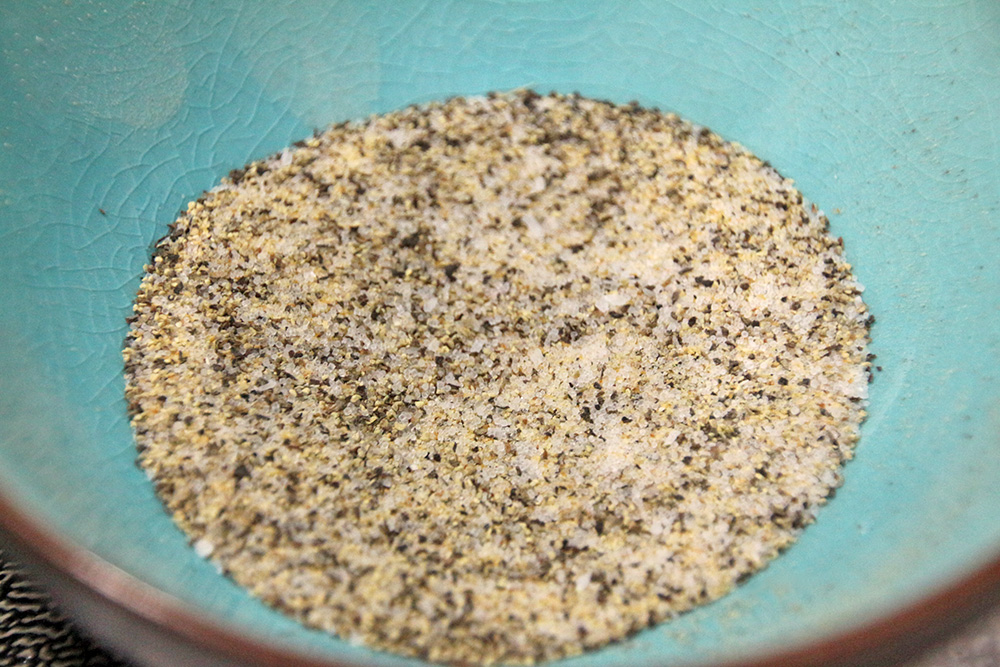 Rub the spice mixture over the pork and set aside. 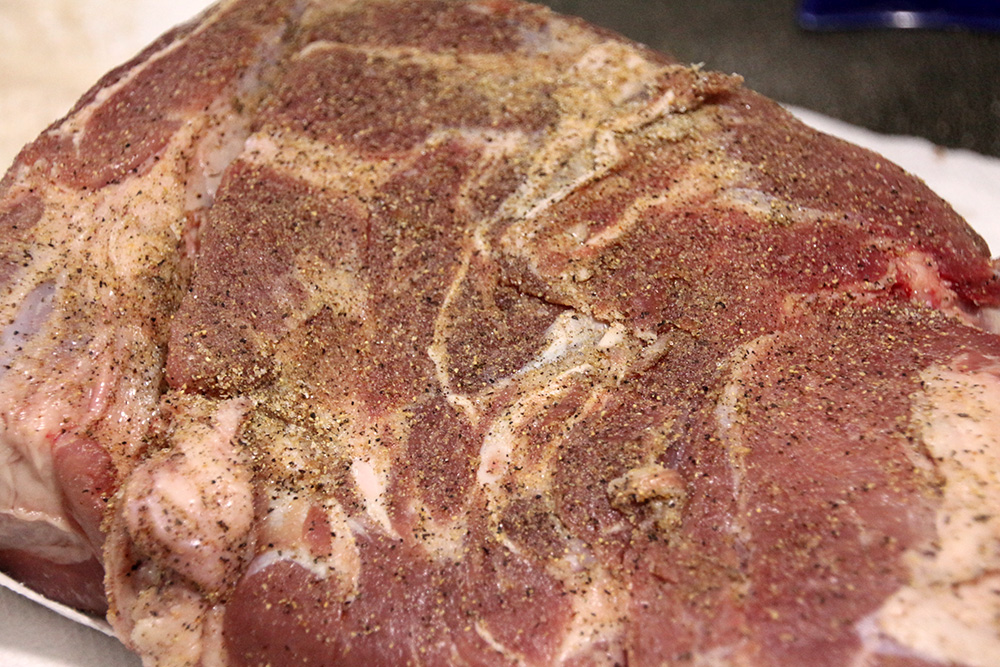 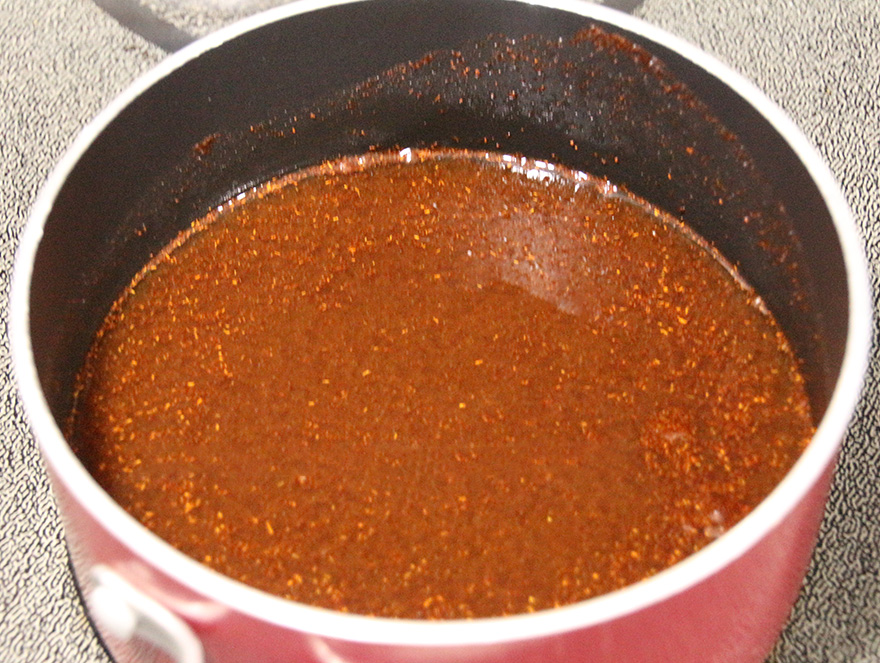 Place the pork in the crock pot, and pour 2/3 of the sauce over it. Cook on high for 4-5 hours, until the pork is tender and fully cooked. 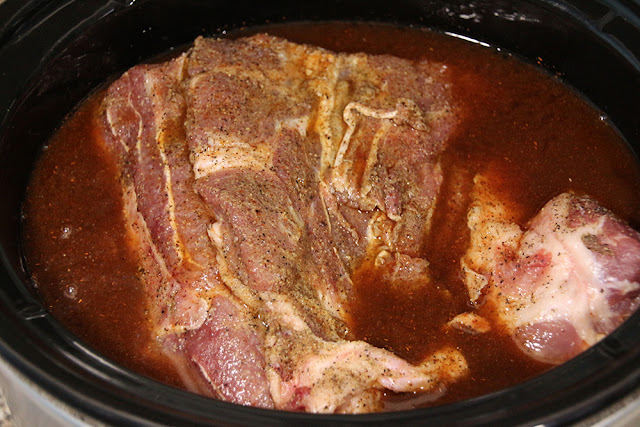 Place the pork on a wire rack on top of a baking sheet with a lip, until cool enough to handle. While the pork is cooling, reheat the remaining sauce until warm. 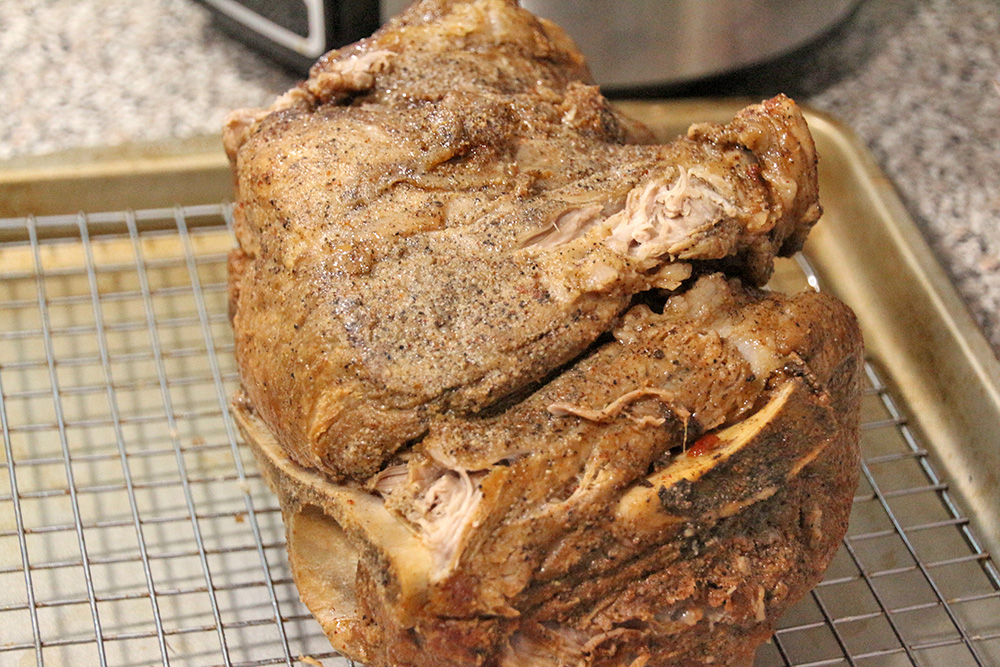 Shred the pork, and place in a large bowl. 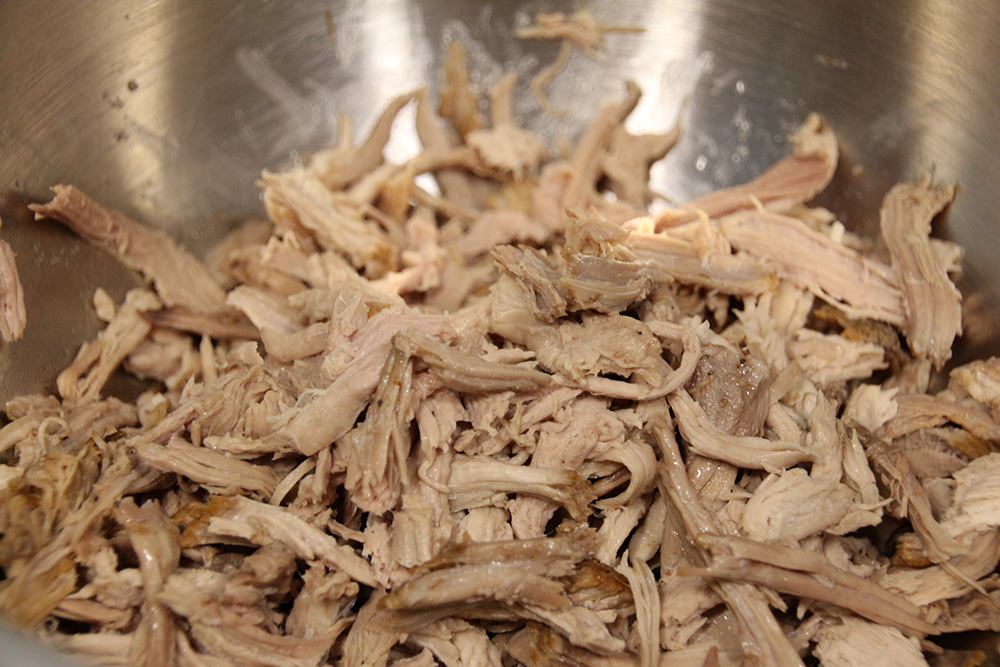 Pour the remaining sauce over the shredded pork, and stir. 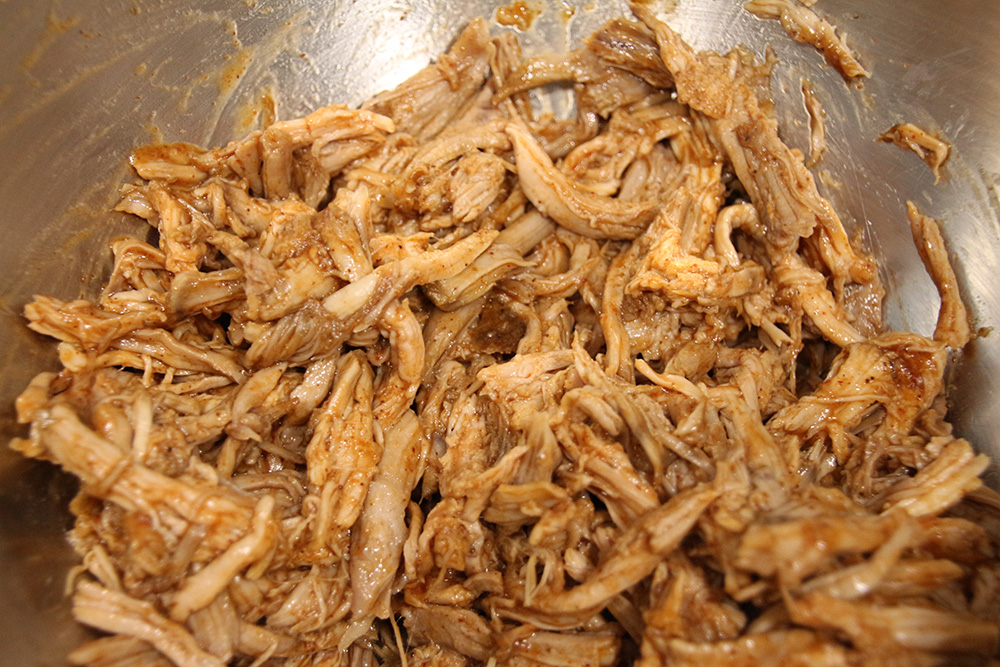 Toast the hamburger buns, top with the shredded pork, and enjoy! 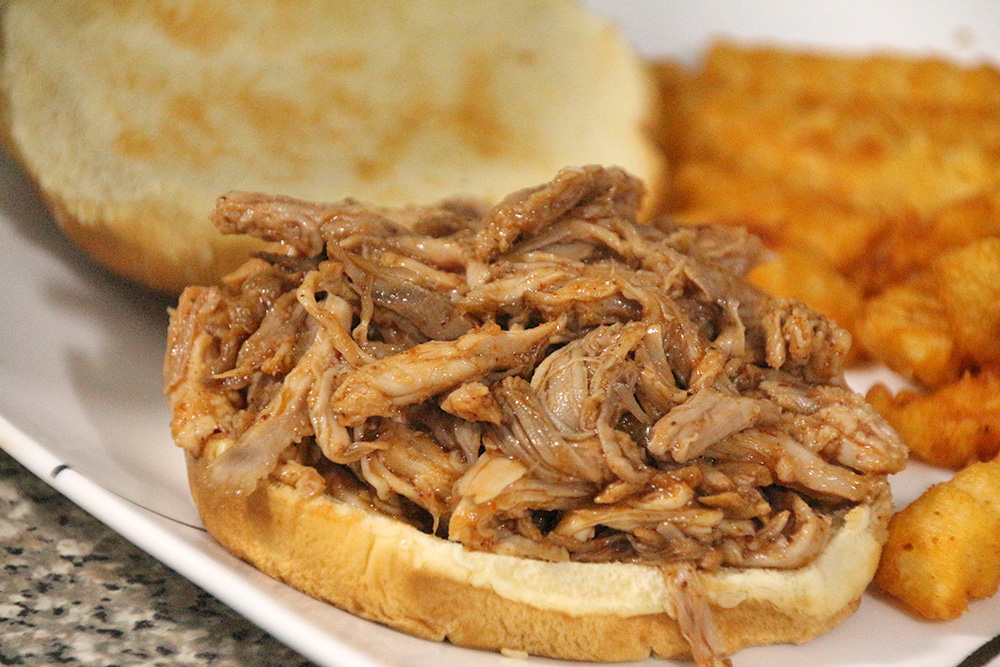 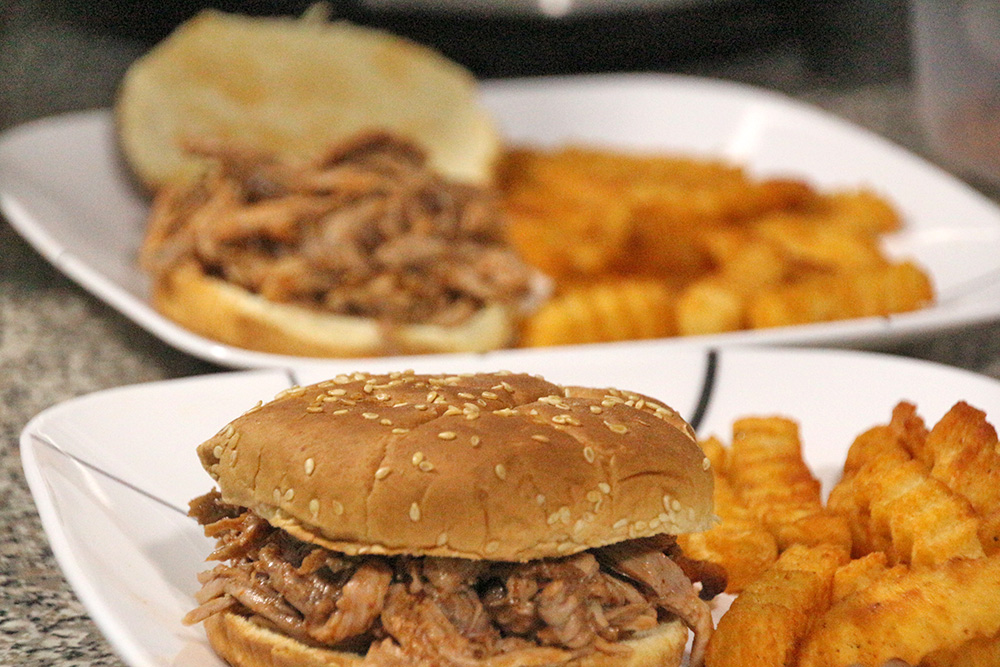 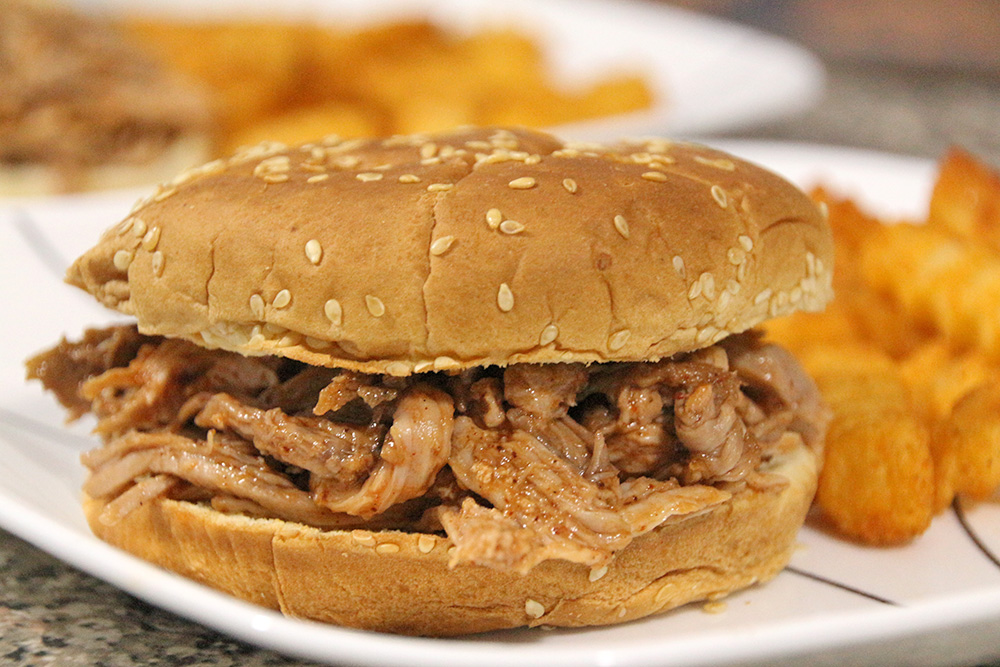