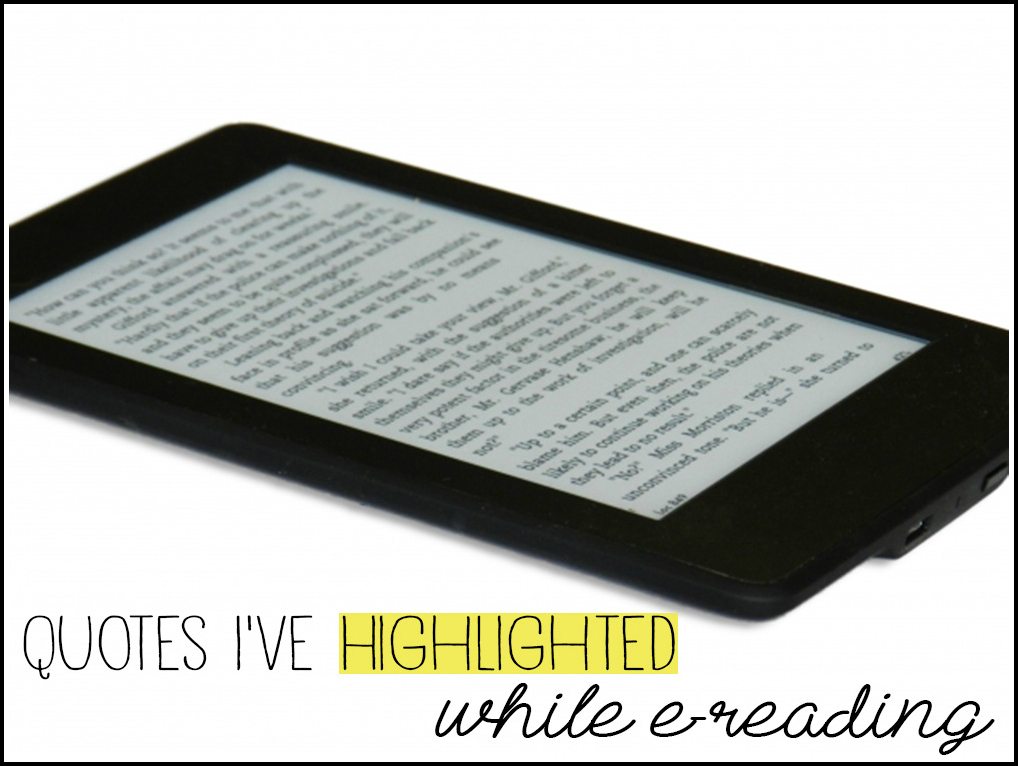 I did a post like this back in October, and since I’ve read some great stuff over the past few months, I thought it was about time to do it again. I might just have to make this a bit of a regular feature every six months or so!

1. “Life was full of small instances, little moments when a simple decision had extraordinary consequences years down the road.” – The Affair, Colette Freedman

2. “I suppose all couples feel this way at some point—that their bond is the most special, the strongest, the Greatest Love of All. Not all the time, just in those few-and-far-between moments where you look at the person you’re with and think: Yes. It’s you.” – Before I Go, Colleen Oakley

3. “I rarely met other only children. It was nice to hear that Ben was one. When I would tell people I was an only child, I felt like I was either being pitied for not having had siblings or being judged as petulant even if I hadn’t proven to be.” – Forever, Interrupted, Taylor Jenkins Reid

4. “I’m not sure there is a feeling quite like finding out that you make the person who makes you nervous, nervous.” Forever, Interruped, Taylor Jenkins Reid

6. “I’m going to let you in on a little secret. It’s a lesson learned by those who have faced the most miserable of tragedies, and it’s a secret that I suspect you yourself already know: the sun will always rise. Always.” – After I Do, Taylor Jenkins Reid

7. “There’s a chill in the air that lifts my heart and makes my hair stand on end. Every moment feels meant for me. In October, I’m the star of my own movie.” – Attachments, Rainbow Rowell

8. “I believe that worrying about a bad thing prepares you for it when it comes. If you worry, the bad thing doesn’t hit you as hard. You can roll with the punch if you see it coming.” – Attachments, Rainbow Rowell

9. “You can always tell when it’s Friday. There’s an excitement specific to Fridays, coupled with relief that another week has passed.” – The Beginning of Everything, Robyn Schneider

10. “Going to the movies always makes me strangely exhilarated when I exit the theater, surrounded by the smell of popcorn and everyone talking about the film. It’s as though everything is more vivid, and the line between the probable and the cinematic becomes blurred. You think big thoughts, like maybe it’s possible to move someplace exciting, or risk everything for a chance at your dreams or whatever, but then you never do. It’s more the feeling that you could turn your life into a movie if you wanted to.” – The Beginning of Everything, Robyn Schneider

What are some of your favorite quotes from books?