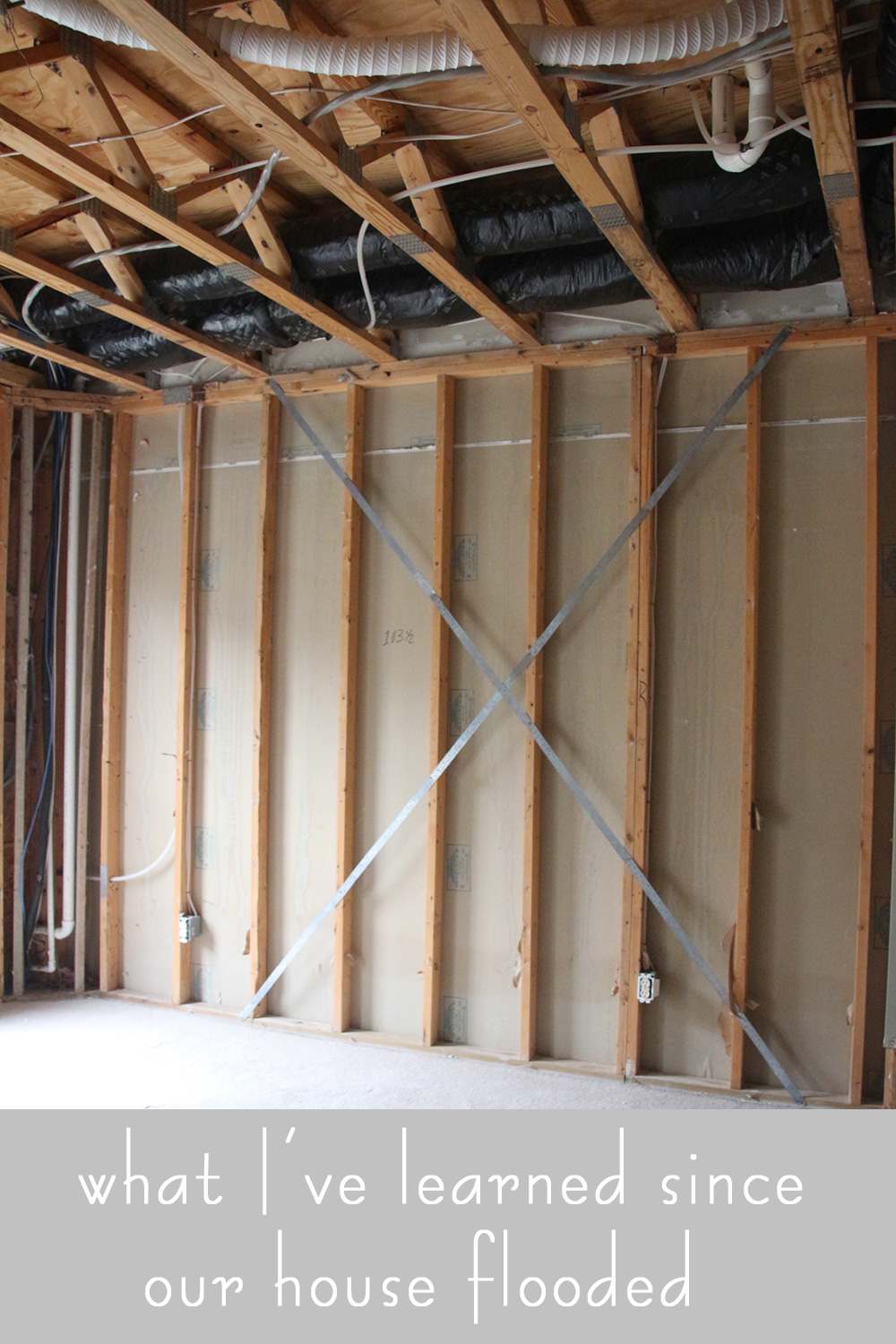 Eight weeks ago today, on Christmas Eve, our house flooded, and our lives were turned upside down. It’s been a bit of a roller coaster ride since then, as we’ve been dealing with our insurance company, a water mitigation team, a pack out team, a reconstruction team, a flooring company, our mortgage company, and various project managers sprinkled in there too. When we first discovered that our house had flooded, I never would have imagined that we’d have so many hurdles to jump over just to get our house back to a livable state. Luckily, most of the people we’ve been working with have been helpful, and have had the answers to our many, many questions. Also, the reconstruction process finally started up last week, and it feels great to see progress in the form of walls and a ceiling. There’s starting to be a light at the end of the tunnel, and it is so very exciting. I can’t wait until I can share some after pictures!

Even though the last two months have been full of moments of frustration, there have also been several learning experiences, which is important. When something like this happens, it’s easy to be mad and sad (and believe me, for the first few days, TJ and I both were plenty mad and sad), but eventually you get to the point where you realize that you can’t change the situation you’re in, and you have to make the best of it, make jokes when you can, and learn what you can from it.

So, in the last 8 weeks, here’s what I’ve learned…

1. We don’t need as much space as I thought we did
Our house is a two bedroom, two and a half bath town house, with a decent amount of space. We’ve always said that when we buy our next place though, we want a garage, more storage space, and about 500-900 extra square feet. The apartment that we’re staying in now is about 400 square feet smaller than our house, and guess what? It feels like plenty of space, especially since it has a great layout. With less space, it’s easier to keep it clean and it’s harder to fill it up with clutter, because there’s just not as much space. After living here, we’ve decided that we don’t really need more space than what our current house has – we’ll be totally fine with the same (or less) amount of square footage, as long as it has a garage, some unfinished storage space (for Christmas stuff, tools, etc), and a good layout.

2. We don’t need as much stuff as I thought we did
We’re nowhere near hoarder level, but TJ and I both have a tendency to want to hold onto stuff that we don’t really need. One upside to having a flood? It forces you to get rid of unnecessary stuff by just straight up destroying it. As we went through an itemized list of everything that was damaged, it was easy to see that we had a lot that we didn’t really need, and that we don’t need to replace. It’s also helped us to realize that when we do unpack the things that weren’t damaged, we can probably get rid of a good chunk of that stuff too. If we’ve been able to live without it for the past two months, there’s a good chance we just don’t need it.

3. Home isn’t a house
I mean, I thought I knew this sentiment before, but I definitely know it now. Your home isn’t that place with four walls and a ceiling – your home is the people and pets that make you feel at home. As long as I have TJ and the cats, I have my home. Losing your actual walls and ceiling is the quickest way to realize how true that whole idea is.

4. TJ and I can actually share a bathroom
Since we’ve been married, TJ and I have always had separate bathrooms, and I’ve maintained the idea that it’s one of the secrets to a happy relationship. Well, the apartment we’re staying in only has one bathroom, and guess what? The world didn’t end and neither did our relationship. What do you know, I guess we can share a bathroom after all. (I still can’t wait to have my own bathroom again though!)

5. The more you laugh, the easier it is
I’ve always tended to make jokes when the situation might not necessarily call for it, but I’m convinced that it does help to make hard situations easier. TJ and I have repeatedly laughed about how it’s such a luxury to have walls in your house, how a tiny rusted part of a toilet tank can ruin your entire house, and how an in-house waterfall sounds cool in theory, but when you have one pouring through your ceiling, it’s not so great. Laughing about it is necessary, because it helps us from dwelling on the fact that we haven’t slept in our own bed in almost 60 days.

Have you ever had some learning lessons from a difficult experience? Have you ever been displaced from your house for a significant amount of time?