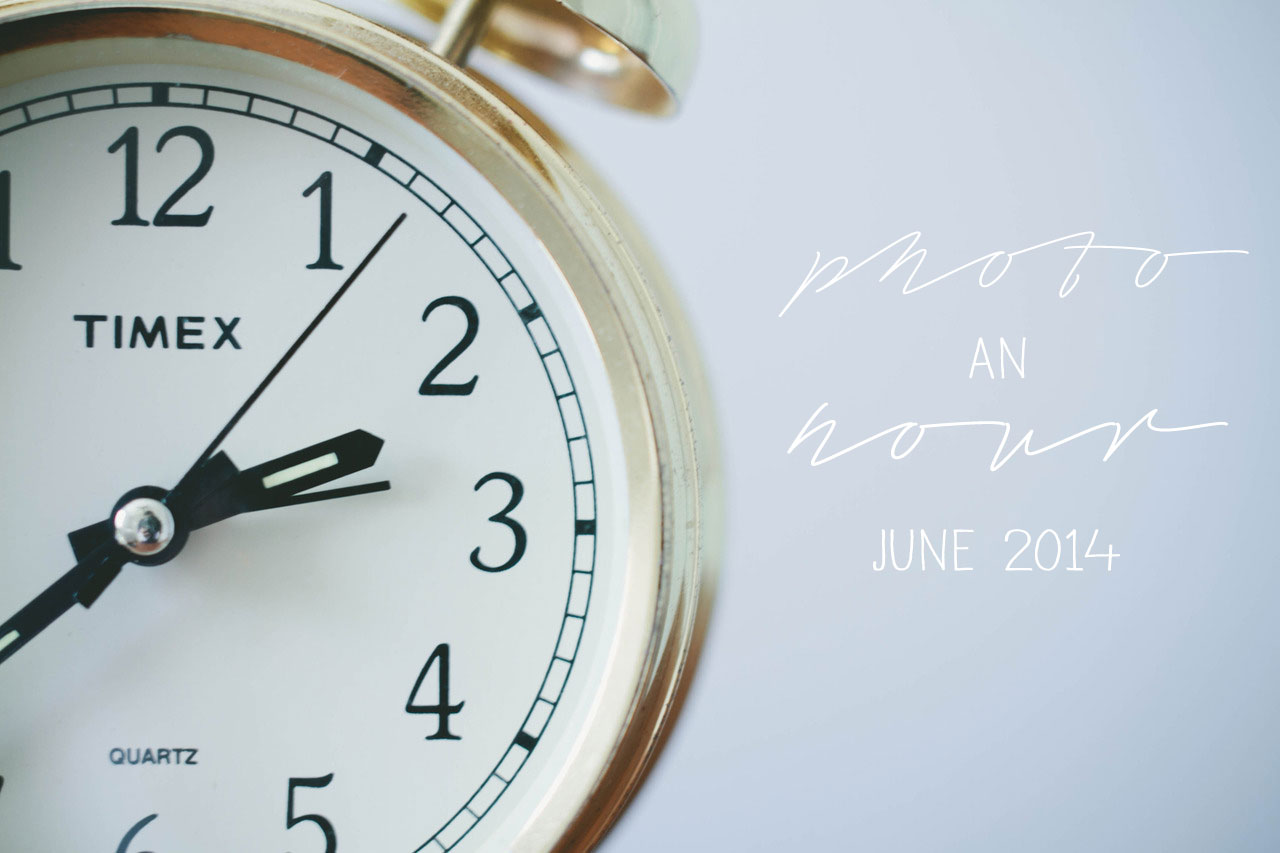 Last July, I did a photo an hour post about a typical Saturday in our house. It was a lot of fun, except for the part where I fell off our dining room chair and pounded my head on the floor (if that’s not an enticing bit of info to get you to go read that post, I don’t know what is!) Now that neither of us are spending our days in a cubicle, I thought it’d be fun to look at one of our typical weekdays, hour by hour, if for nothing else than to always be able to look back and remember the fun that we’re having trying to work for ourselves. These were all taken on Monday, June 9. 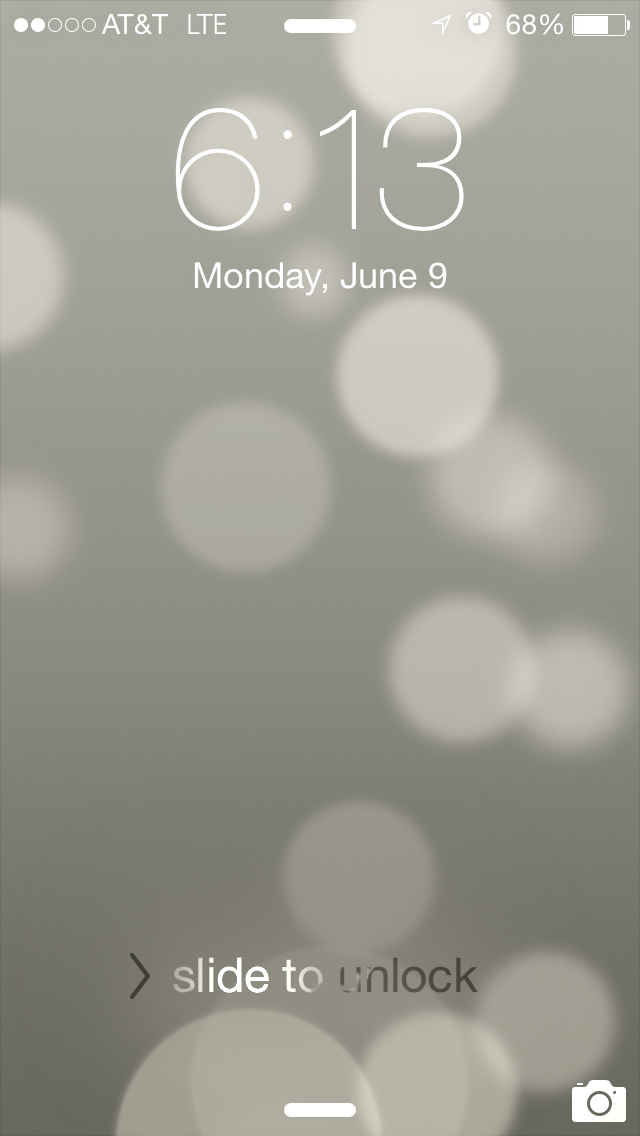 Our alarm during the week goes off at 6:30, but sometimes our cats want breakfast earlier than that, so they kindly get right next to our ears and take on the role of alarm clock themselves. Monday was one of those mornings. 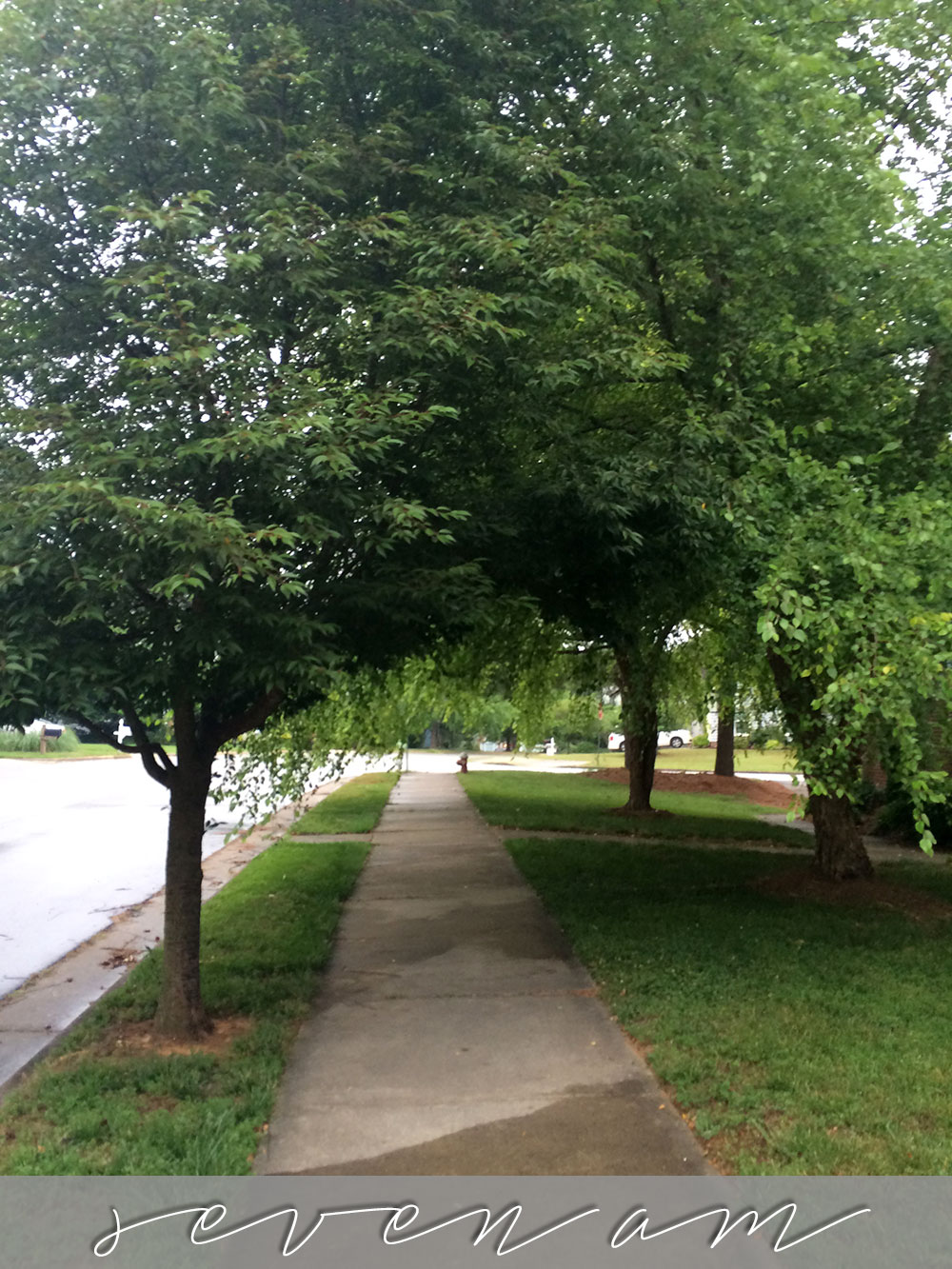 After waking up, feeding the cats, and eating breakfast, we watched the news until 7, then headed out for a walk. I love this time together, because it’s a great way to get our brains working in the morning, it gives me a lot more energy throughout the day, and it’s uninterrupted time for TJ and I to just talk, with no distractions. It’s one of my favorite parts of the day. 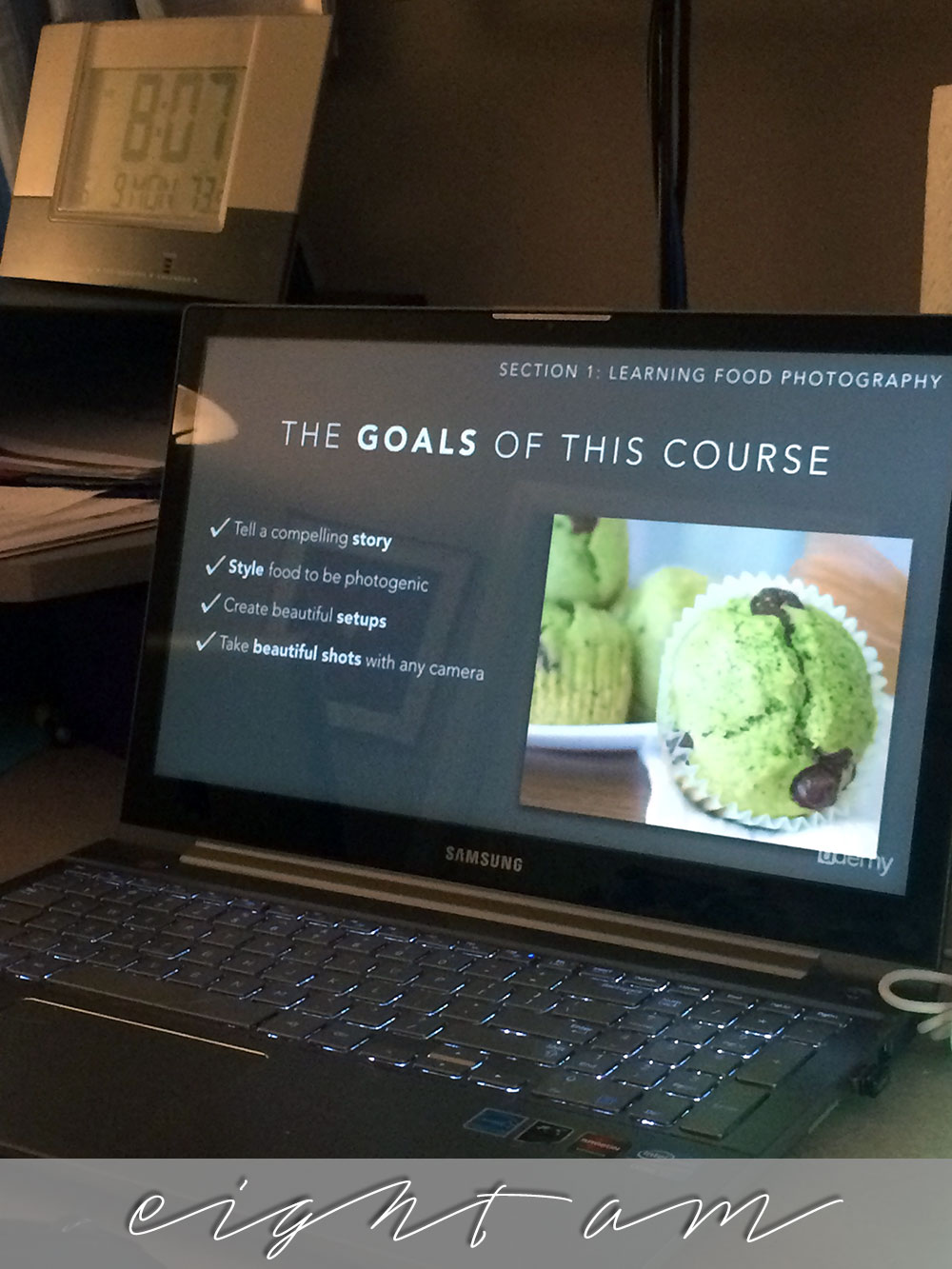 TJ and I just started an online food photography course, which is a lot of fun to sit through together. I think food photography is just the coolest thing ever, and I constantly want to get better at it, so having the opportunity to take a course like this is awesome. It’s extra fun that TJ’s interested in taking it with me, and I love the stuff we’re learning so far. 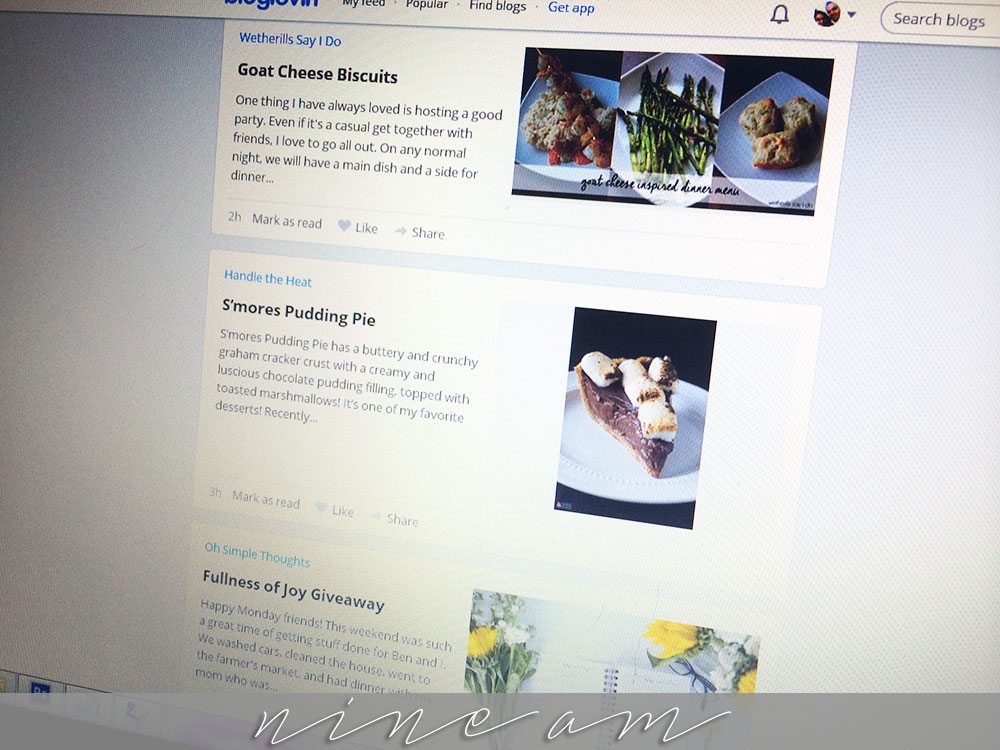 After the course, I took some time to try to get caught up on some blog reading. My Bloglovin feed gets backed up so quickly! I’m working to get caught back up though – the struggle is real. 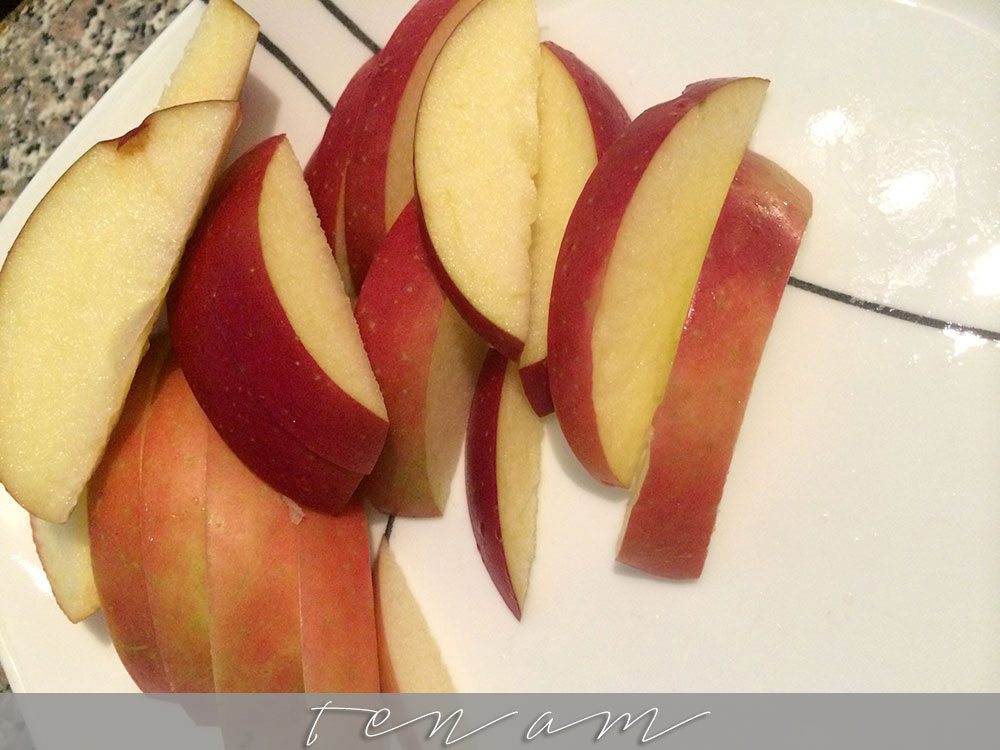 TJ makes fun of me, but I have to have a snack everyday at 10. It was the same way when I was at my old job too – it’s just part of my morning routine! Usually it’s fruit, like an apple, some strawberries, or a banana. Sometimes though, Cheez-Its or Pretzel Crisps sneak their way into the mix. After my snack, we took showers and got ready for the day. 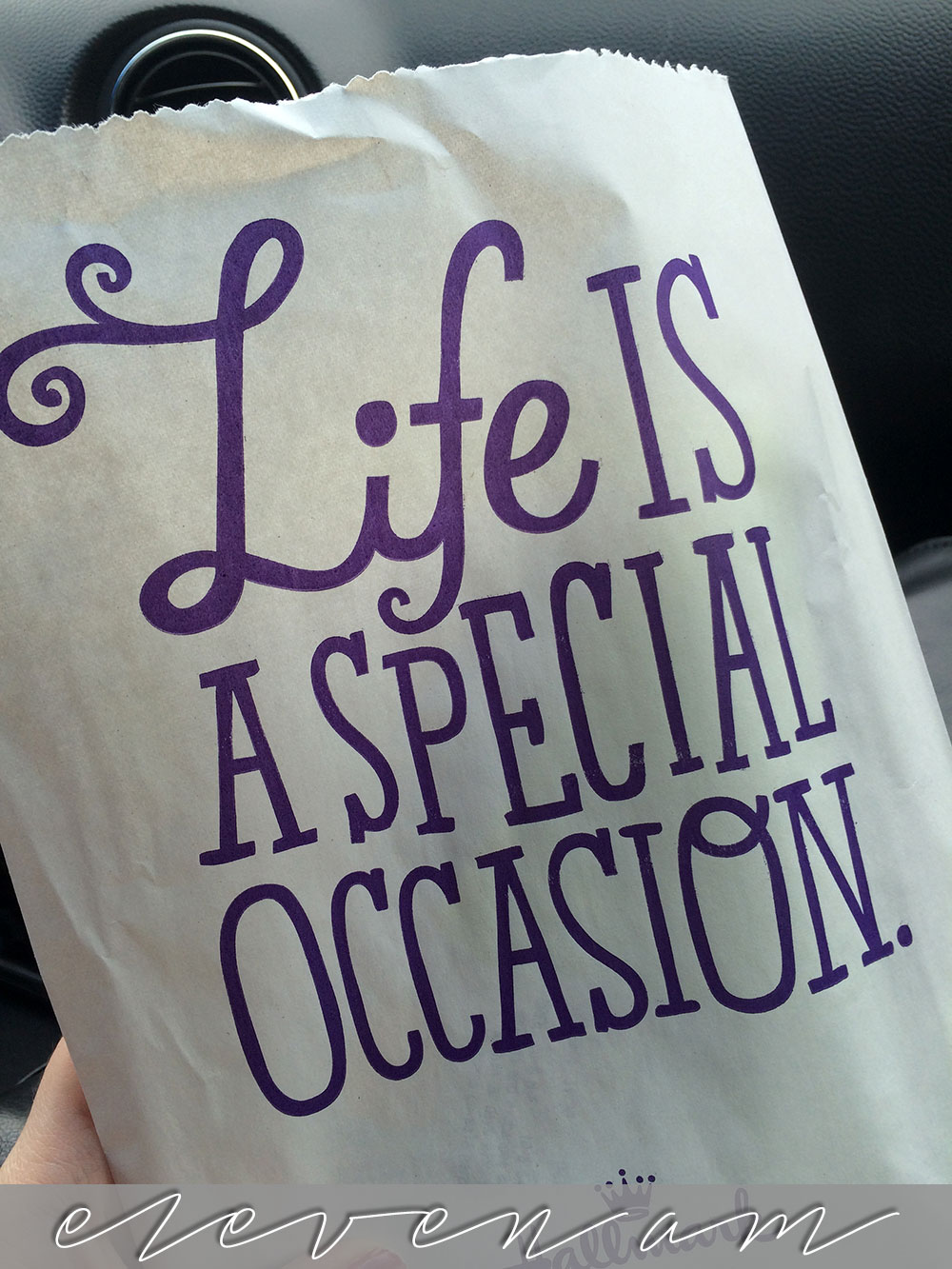 We had a few errands to run, so we went to Kohl’s for a few kitchen items (hello 15% off coupon!), and then Hallmark to pick up our Father’s Day cards. TJ always goes the serious route and I always go funny. It never fails. 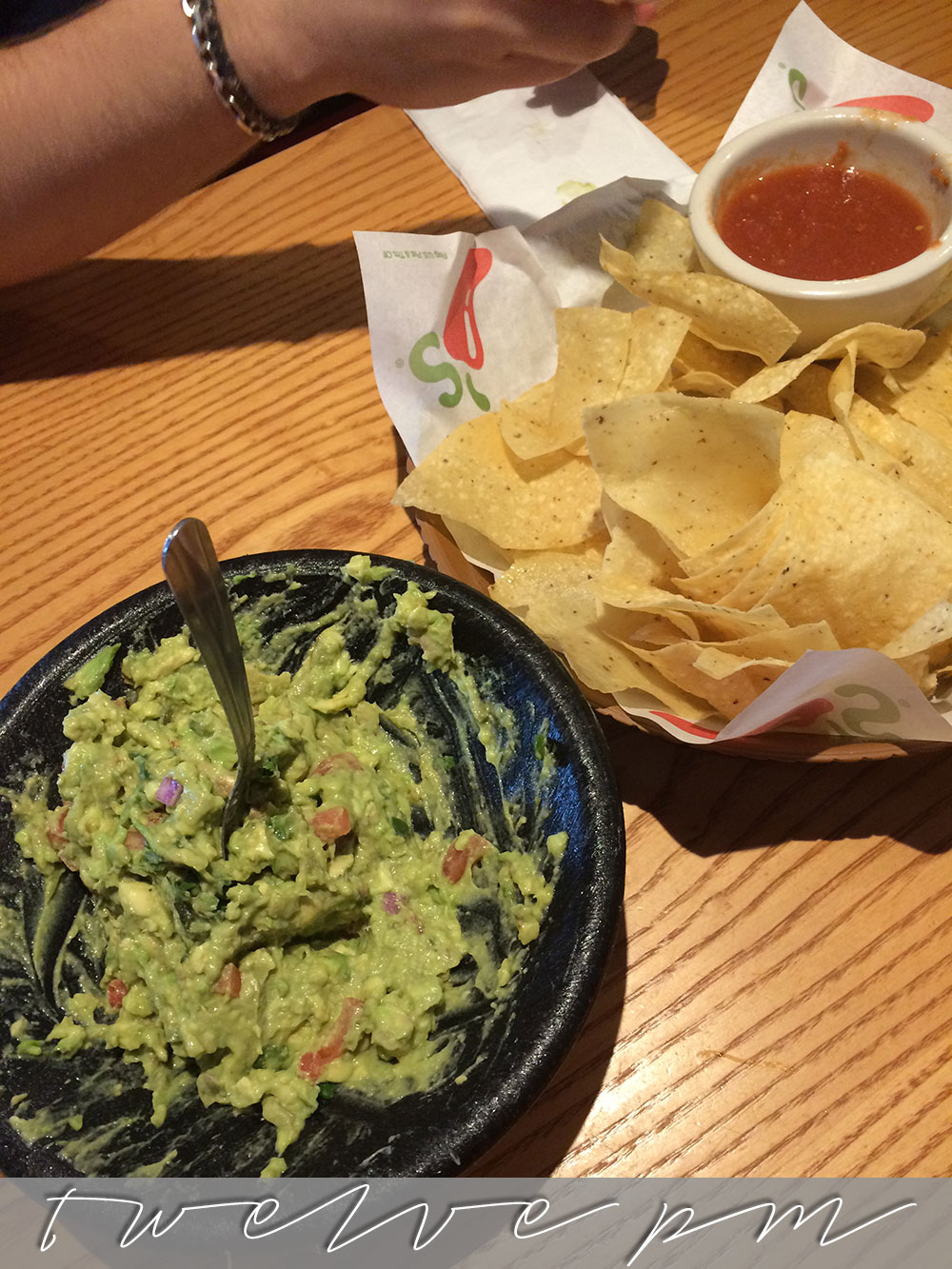 While we were out, TJ was in the mood for some of the southwest menu items from Chili’s so we split some table side guac and an entree, which was delicious and perfect. Good choice, TJ! 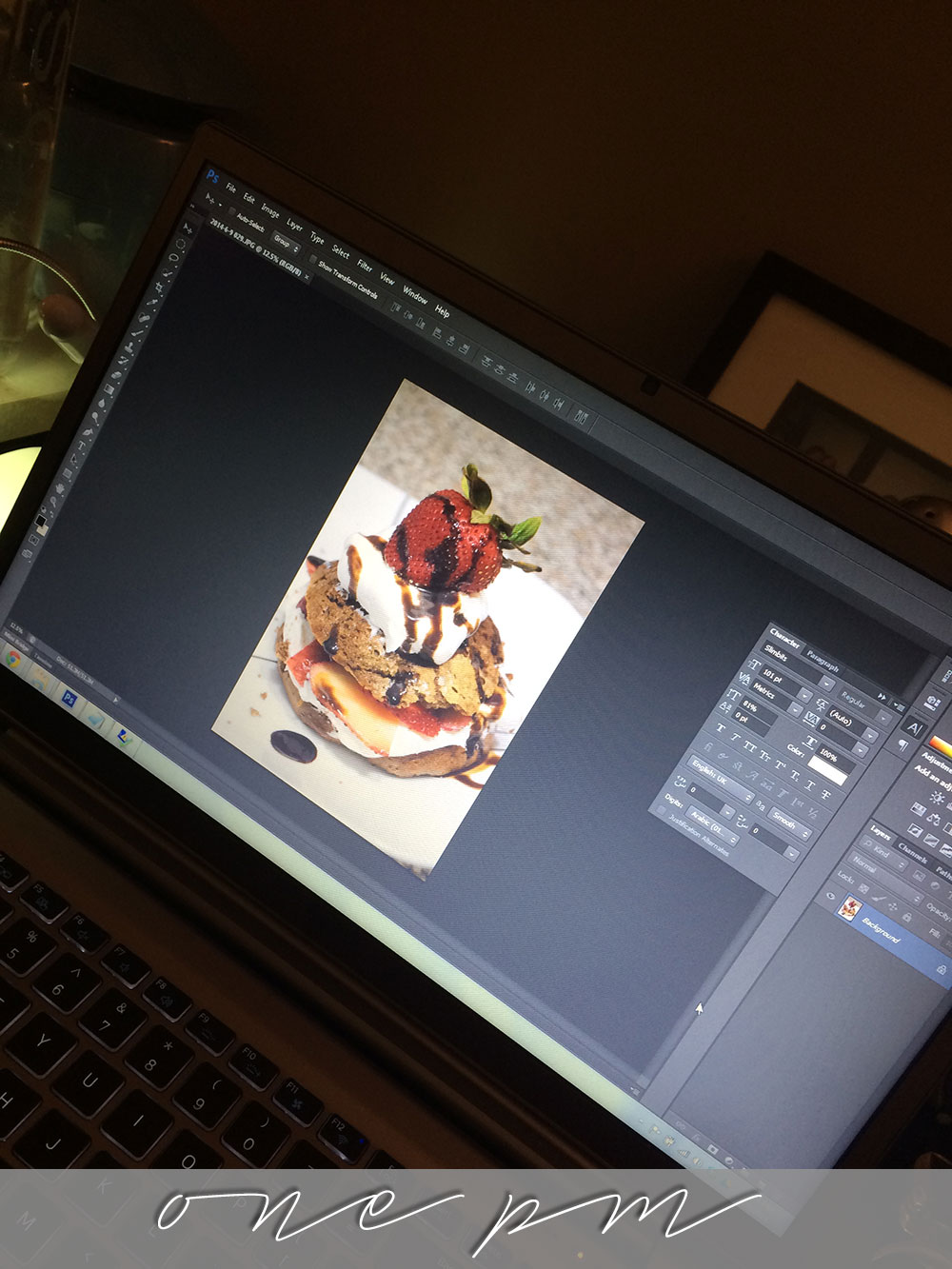 After lunch, we got back to work in our home office, and I started editing the pictures for my Chocolate Strawberry Shortcake post. It usually takes me a while to edit – not really because there’s a lot to do for each picture, but because I edit a significant number of pictures that I don’t actually end up using for the post. I’m ok with it though, because extra practice is never a bad thing! 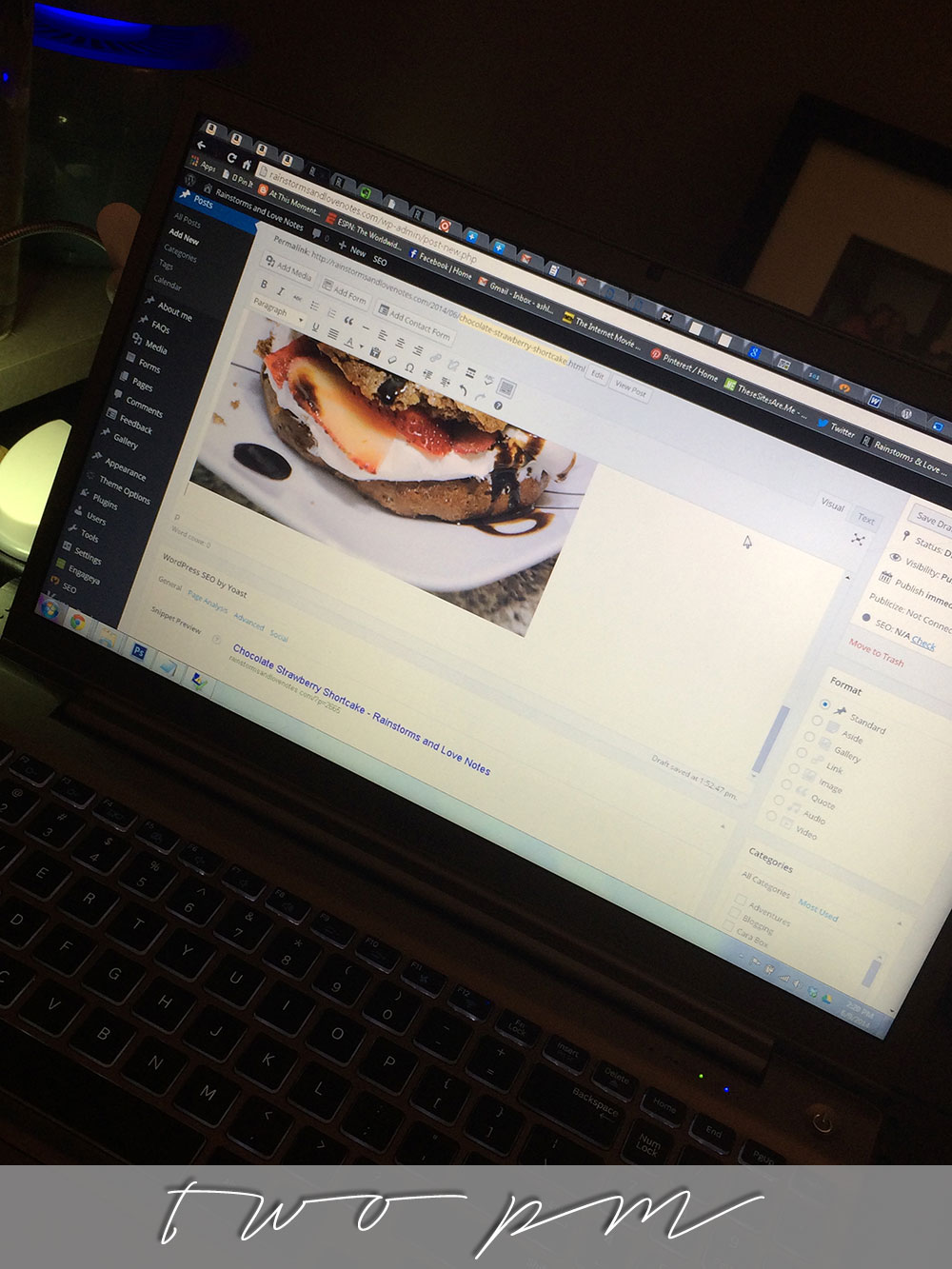 Once I finished editing the pictures, I actually got around to writing my post. Sometimes, I have SUCH a hard time trying to decide what to write as an intro to a recipe post. Certain recipes have a natural story to go with them, and other times I have to stretch to come up with something. Luckily, that shortcake post was pretty easy! 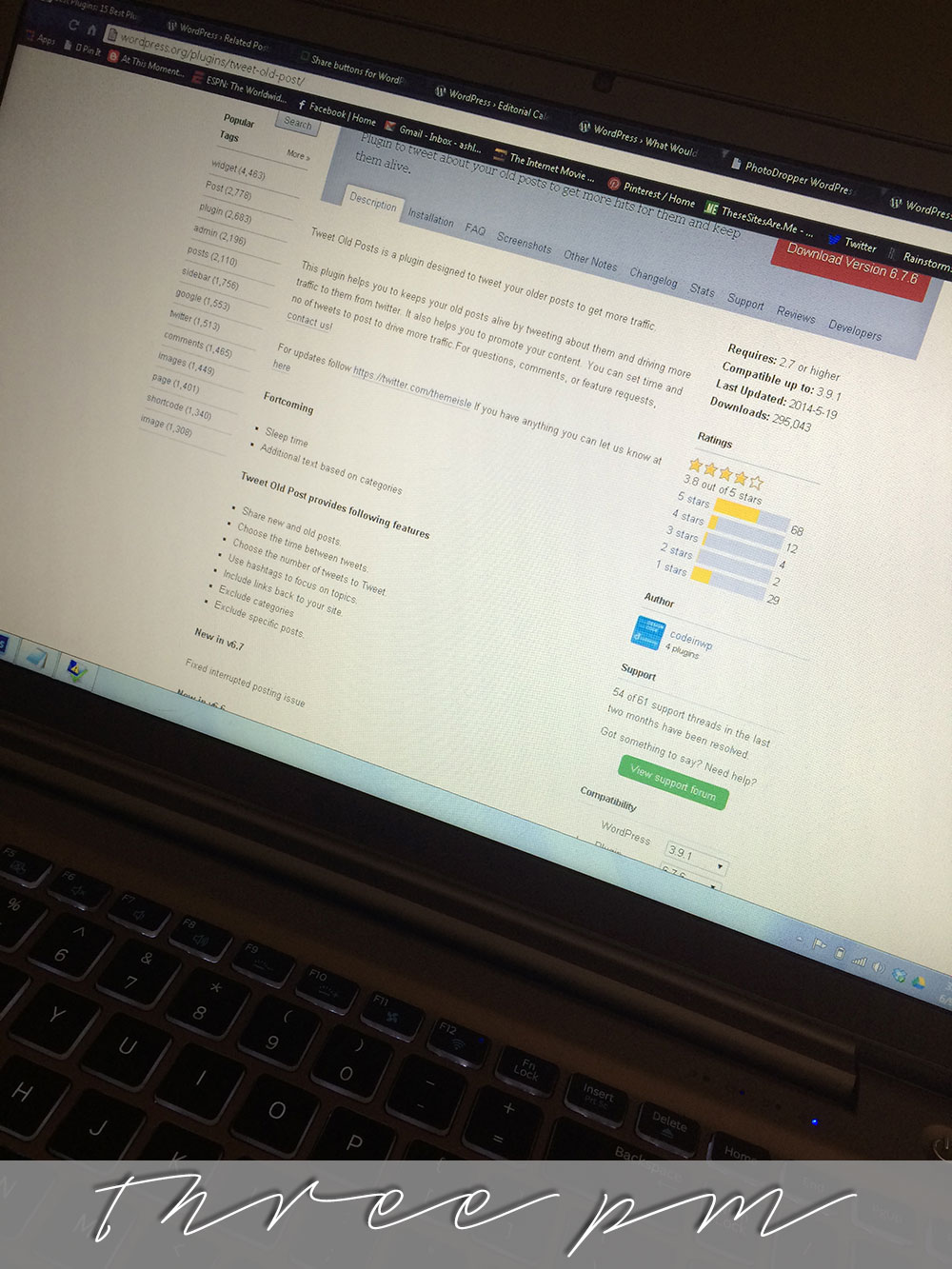 After I had my post all written and scheduled, I started doing some research on WordPress plugins. I’m always looking for new plugins to download – if you have some favorite ones, let me know about them! 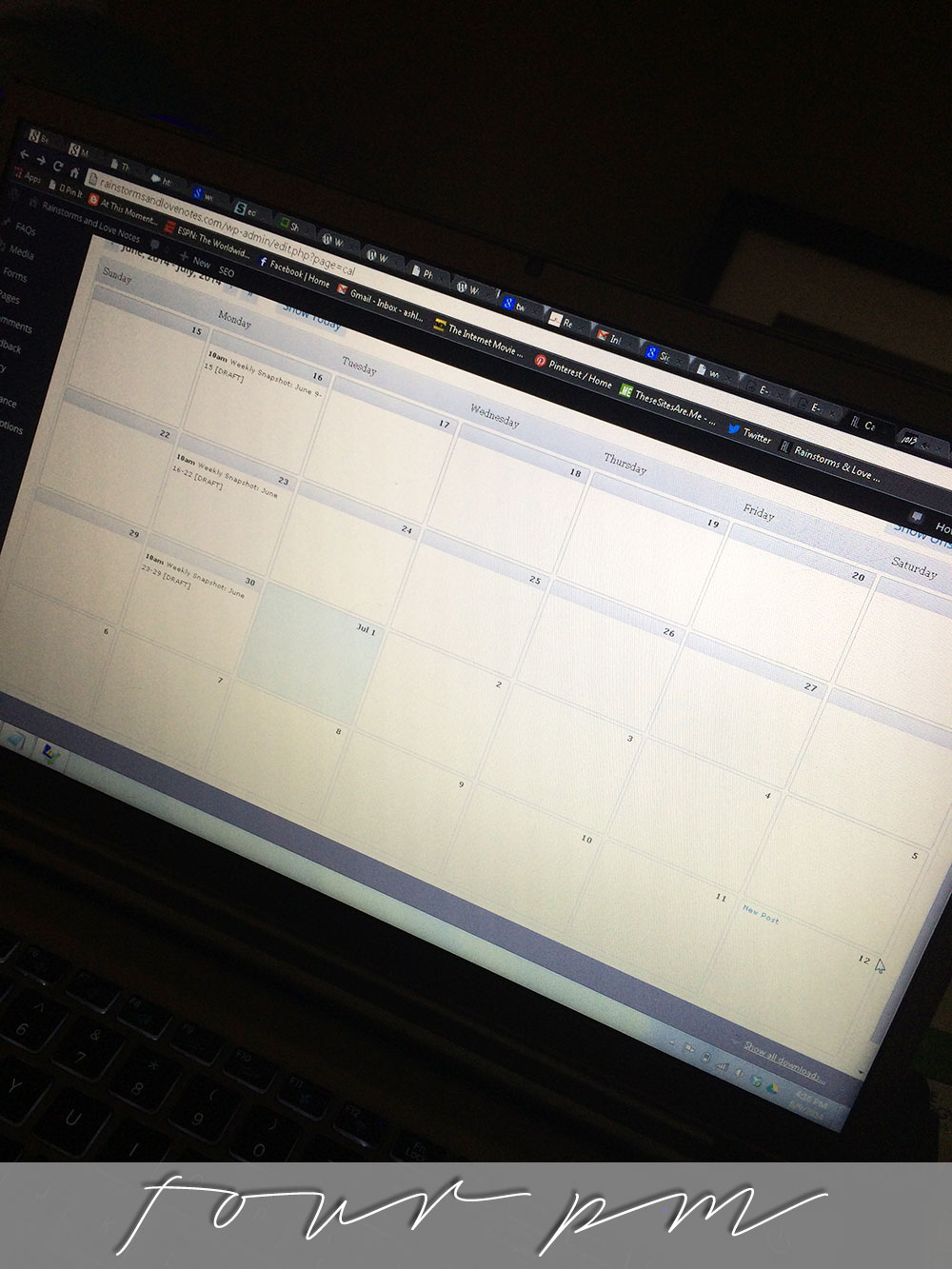 Last computer picture, promise! I love scheduling and planning ahead, so I spent some time getting my editorial calendar in tip-top shape for the next several weeks. I have a post planned for every week day between now and August 1, which is exciting! Now I just have to actually write them… 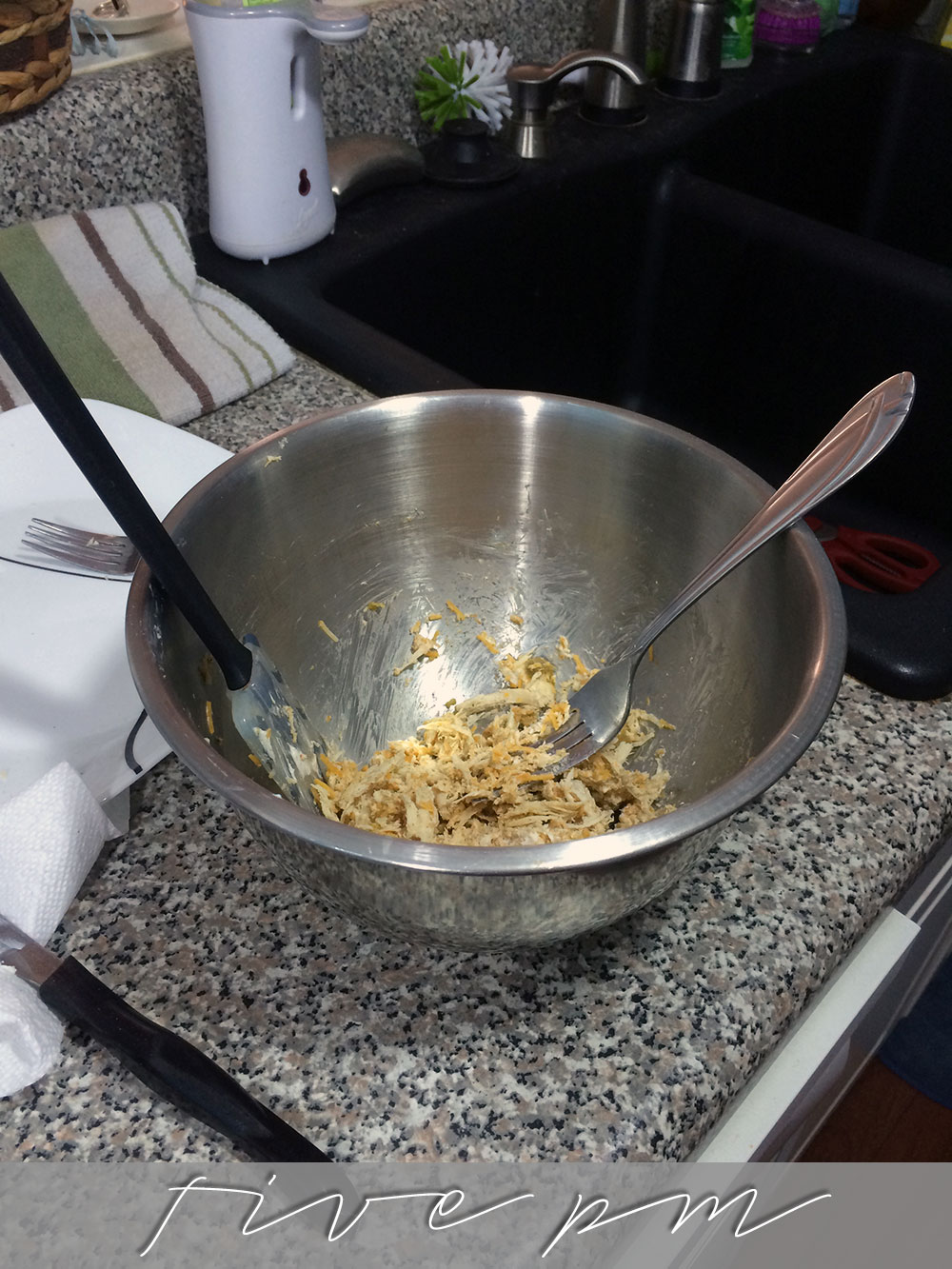 TJ continued working on stuff in our office while I went down to start on dinner. This will end up being a blog recipe, so I had the lights and camera out while I was cooking. Anytime I take pictures of a recipe, it just about doubles the amount of time it takes to cook, but I don’t mind it a bit. I love being in there, listening to the radio, cooking, and taking pictures – it’s a zen moment for me! 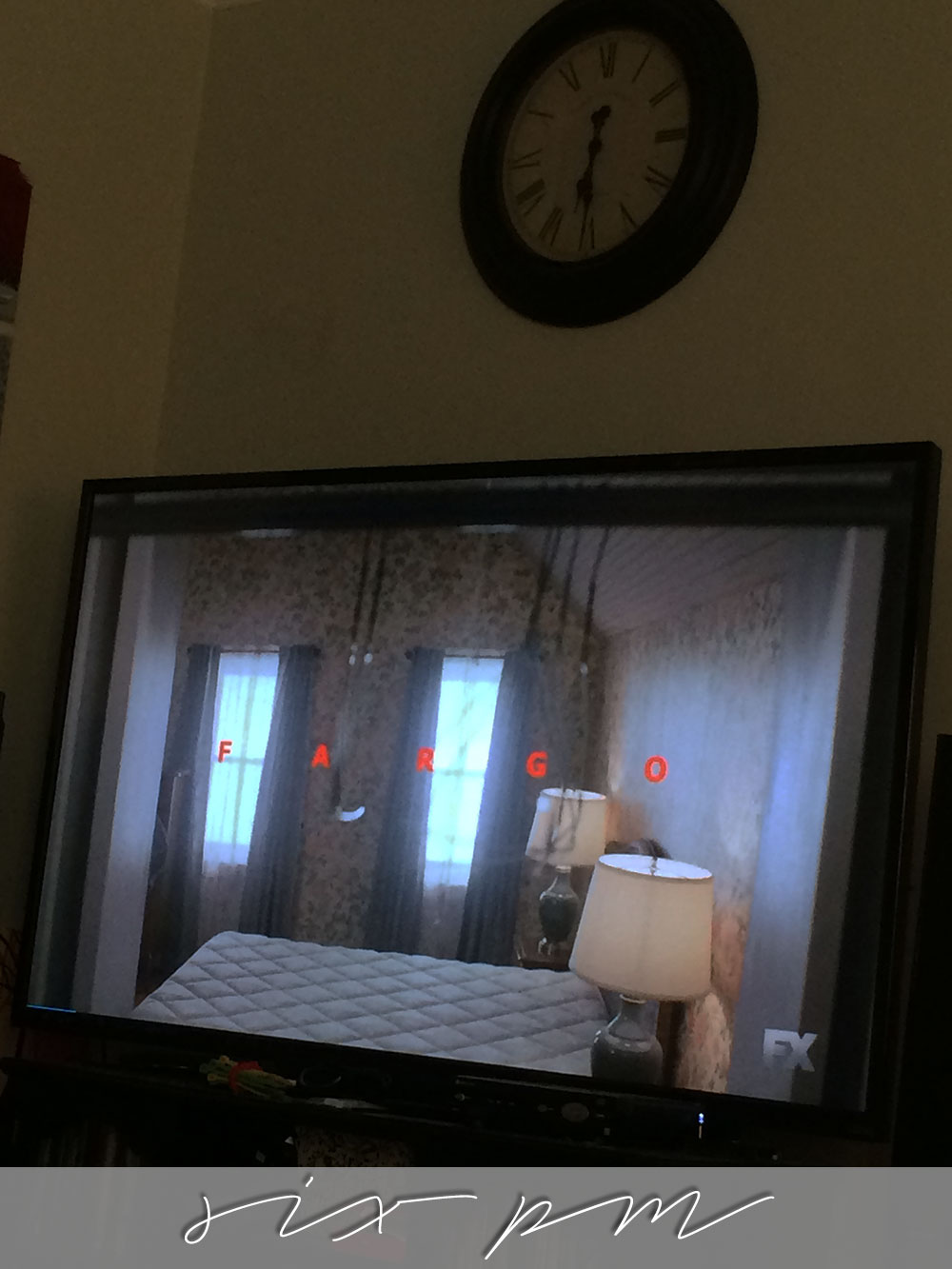 We had dinner and watched one of our newest show obsessions – Fargo. Have you watched it? We started watching it last Friday night, and by Monday, we were totally caught up. There’s only 9 episodes so far (the finale is next week), so there’s not much to catch up on if you’re interested in checking it out! 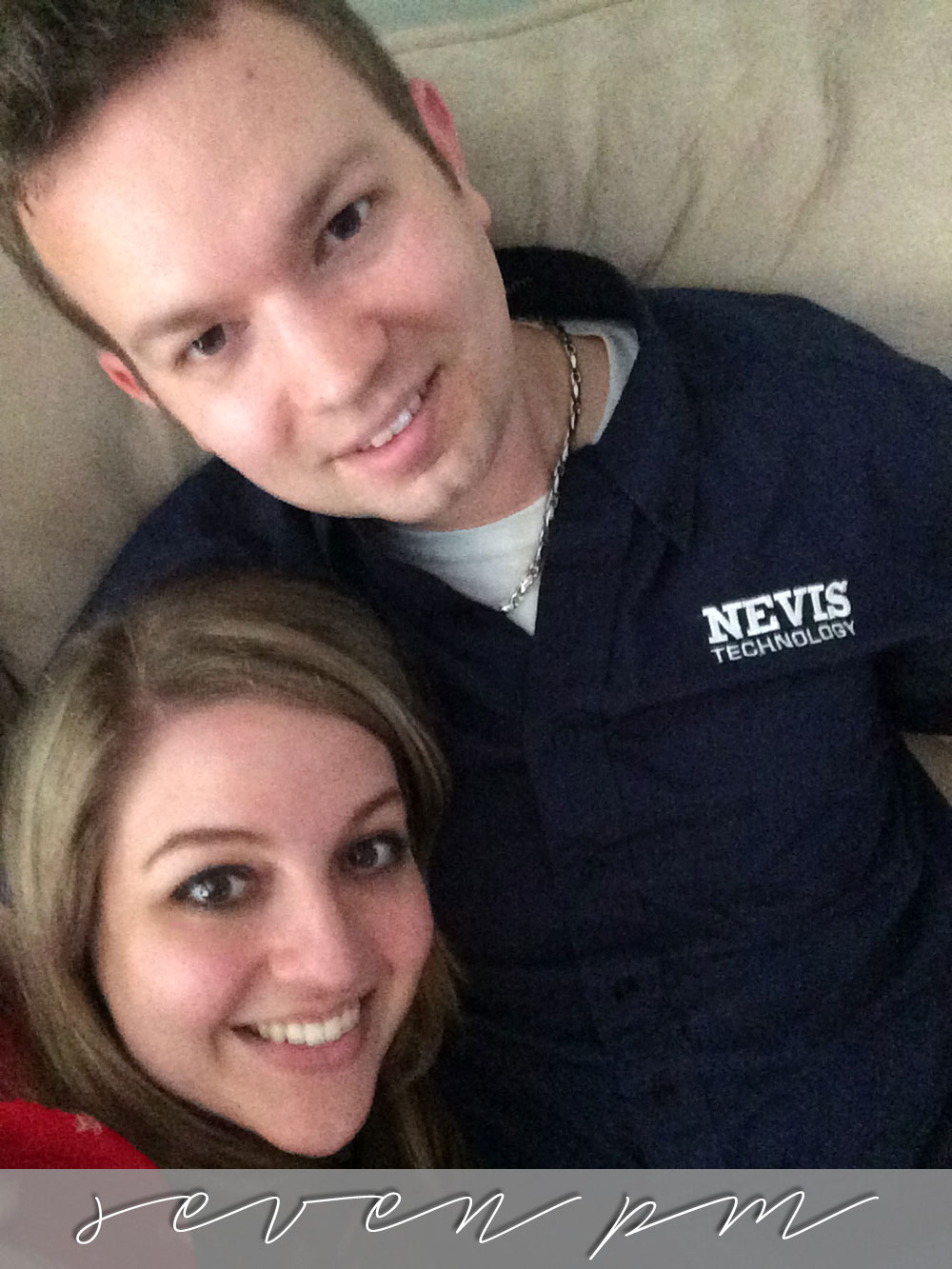 Cuddle sesh on the couch with my favorite guy. Working from home, it can sometimes be easy to slip into work mode 24/7, so we try to make a concerted effort to have a little time each day that’s just for us, and not about work at all. 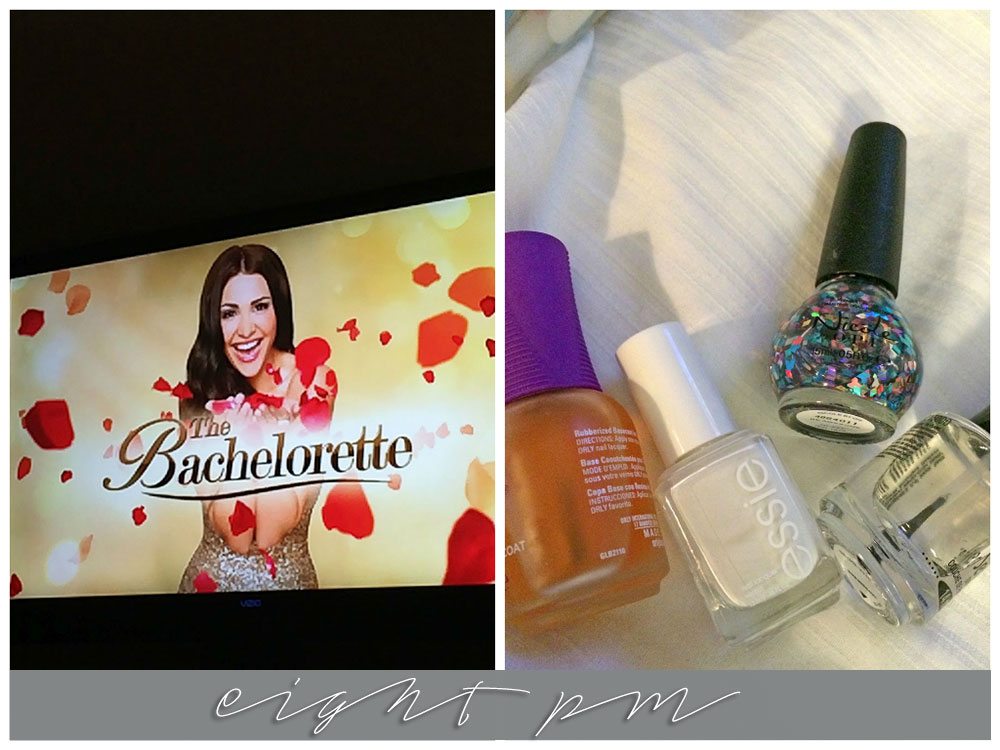 I was all excited to watch The Bachelorette… until it came on and it was just a recap episode. Lame. So, I painted my nails instead. 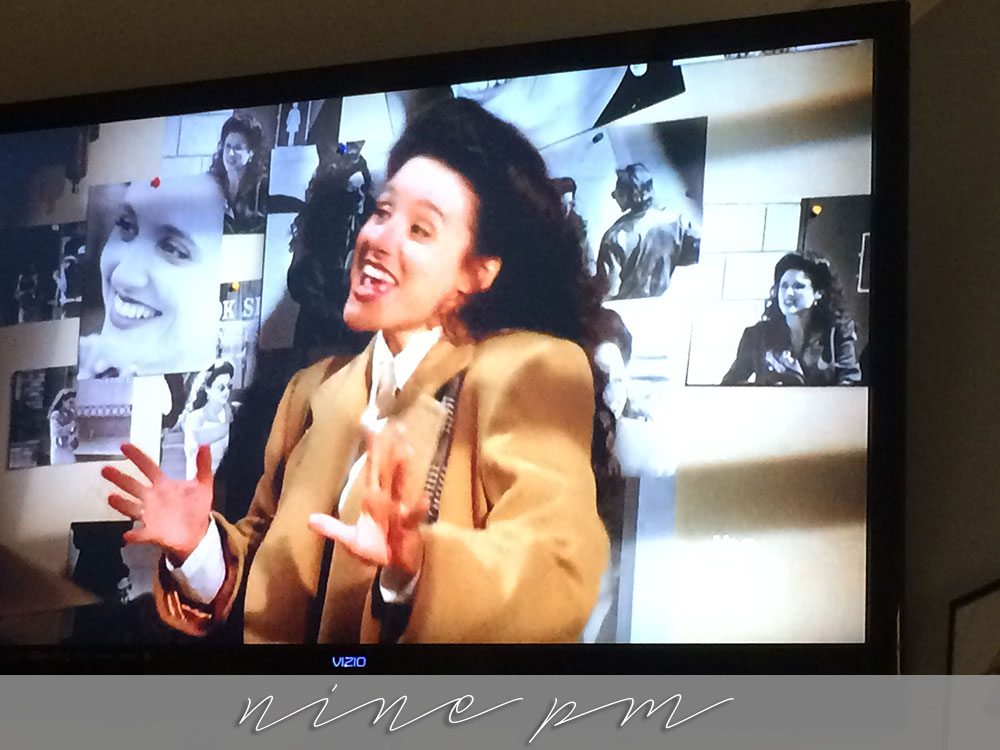 Pretty much every week night (unless certain sports are on), TJ and I watch Seinfeld before we go to sleep. That show, which started when I was 2 and ended when I was 11 is still so funny and relatable and perfect. I’ll never get tired of watching it, and I still laugh just as hard at each episode, even if I’ve seen it 15 times. Comedy gold, I tell ya. 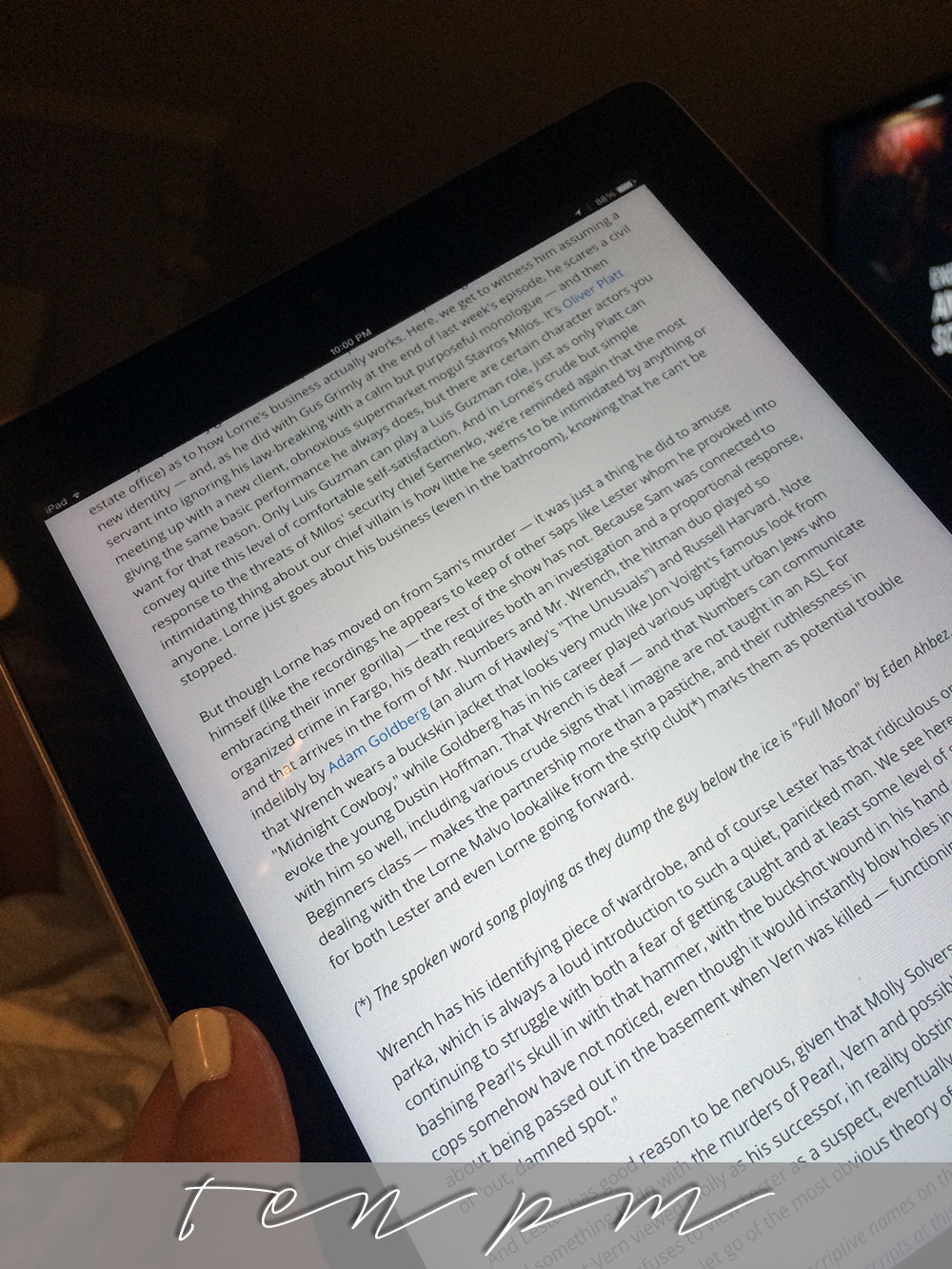 Before going to sleep, I did a little reading up on Fargo by my favorite TV critic ever, Alan Sepinwall. His commentary is always on point, and I constantly look forward to seeing what he has to say about the shows we watch. 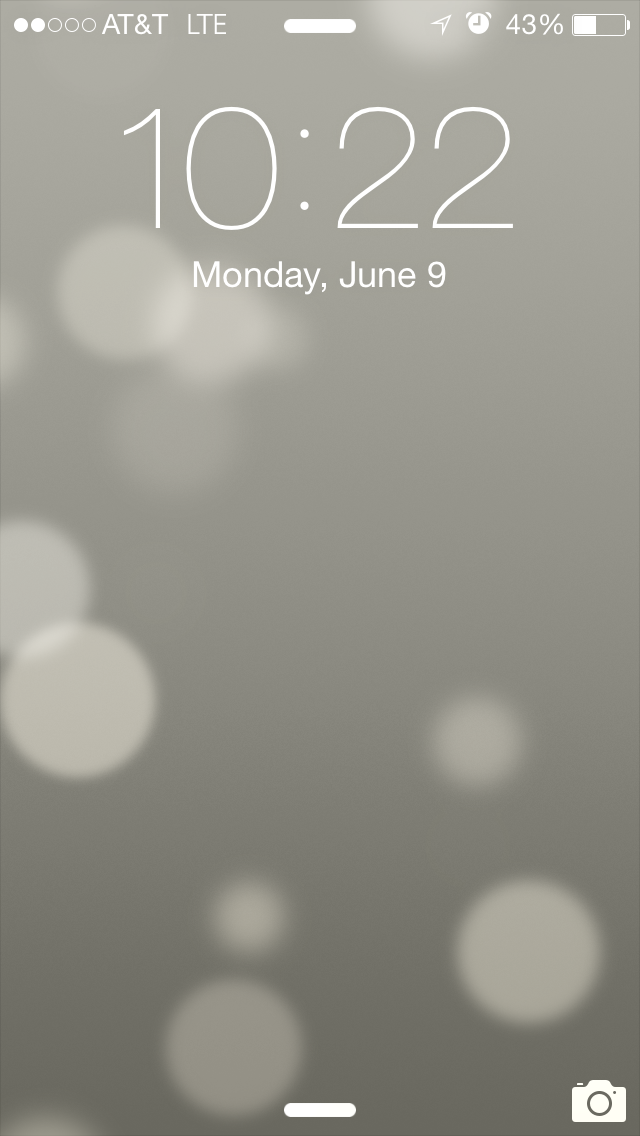 I wanted to keep reading, but my eyes were too heavy to stay up. Before 10:30 even hit, I was out!

Have you ever done a photo-an-hour post? If so, leave me the link in the comments so I can check it out! Do you think you’d enjoy working from home with your spouse? What is usually the best hour of your day?