The How I Met Your Mother series finale is in 4 short days, and I’m equally excited and sad to see it come to an end. Last year, I had so much fun coming up with ways to celebrate the end of Breaking Bad that I thought it’d be fun to do the same thing for the mother of all comedies. So, here you have it – the keys to having a legendary HIMYM series finale party! 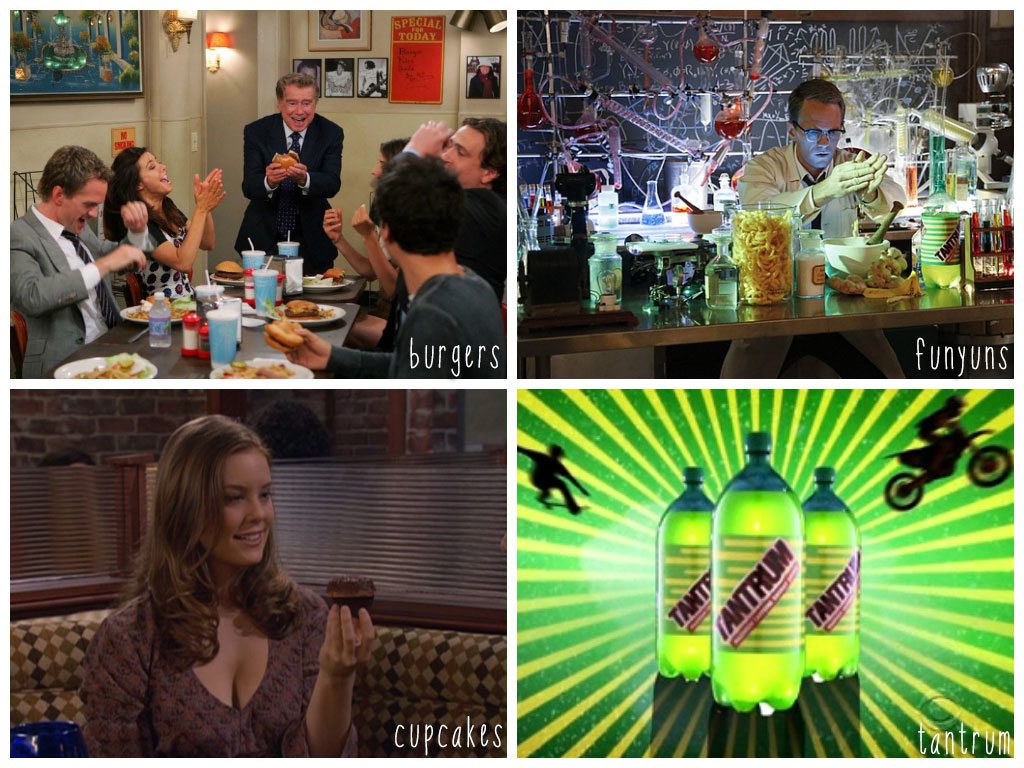 1. The best burger in New York! Or, you know, whichever state you live in.
2. Funyuns – a staple in Ted and Marshall’s college years and in Marshall’s mom’s layer salads (along with mayo and gummy bears, of course).
3. Cupcakes, similar to the ones from Victoria’s bakery.
4. Tantrum – or maybe Mountain Dew with a homemade “Tantrum” label. 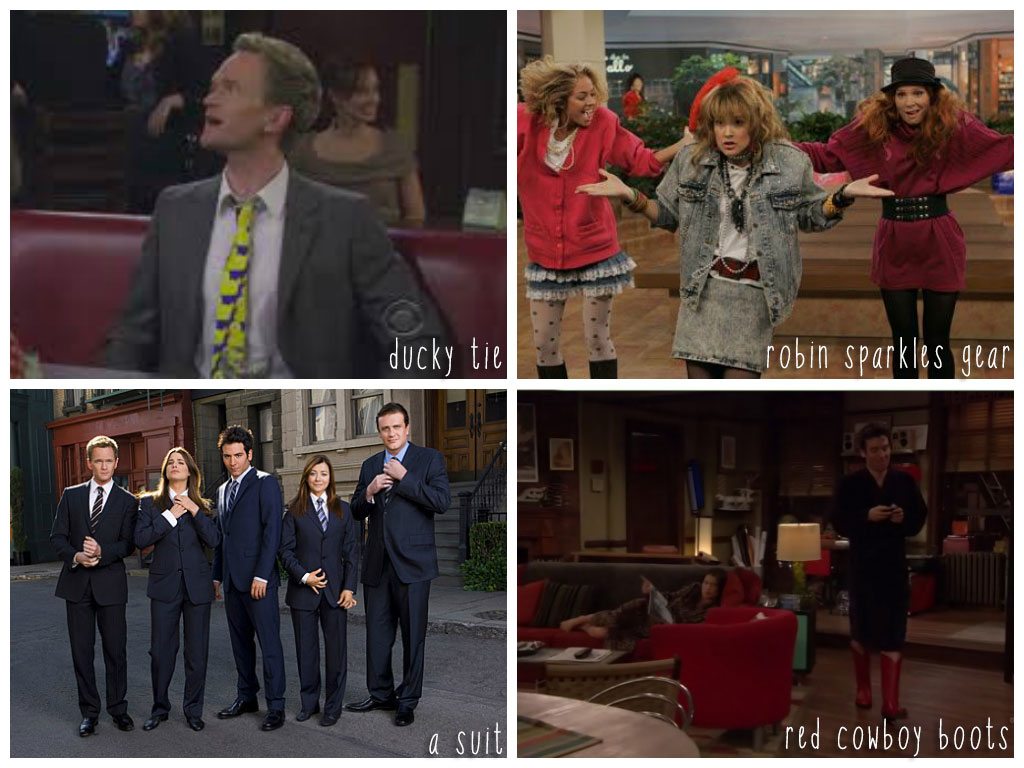 1. A ducky tie – but only if you lose a bet.
2. Channel your inner Robin Sparkles with tons of denim (and don’t forget the robot!)
3. Suit up!
4. Red cowboy boots – you’ll totally be pulling. them. off. 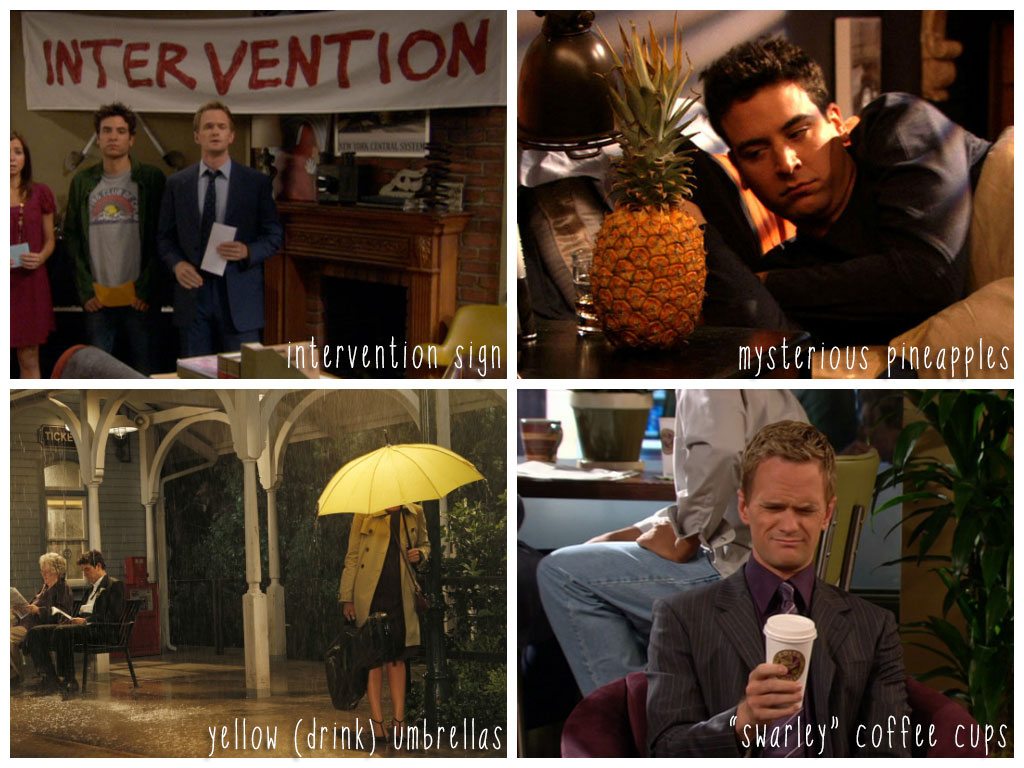 1. A hanging intervention sign (possibly for an intervention about how obsessed you are with the show?)
2. Mysterious pineapples, just to get people to say, “but what about the pineapple?!?”
3. Yellow (drink) umbrellas – or real ones if you don’t care about bad luck.
4. Coffee cups with the name “Swarley” written on them. Or any variation, such as Swarles Barkley, Swarhili, etc. 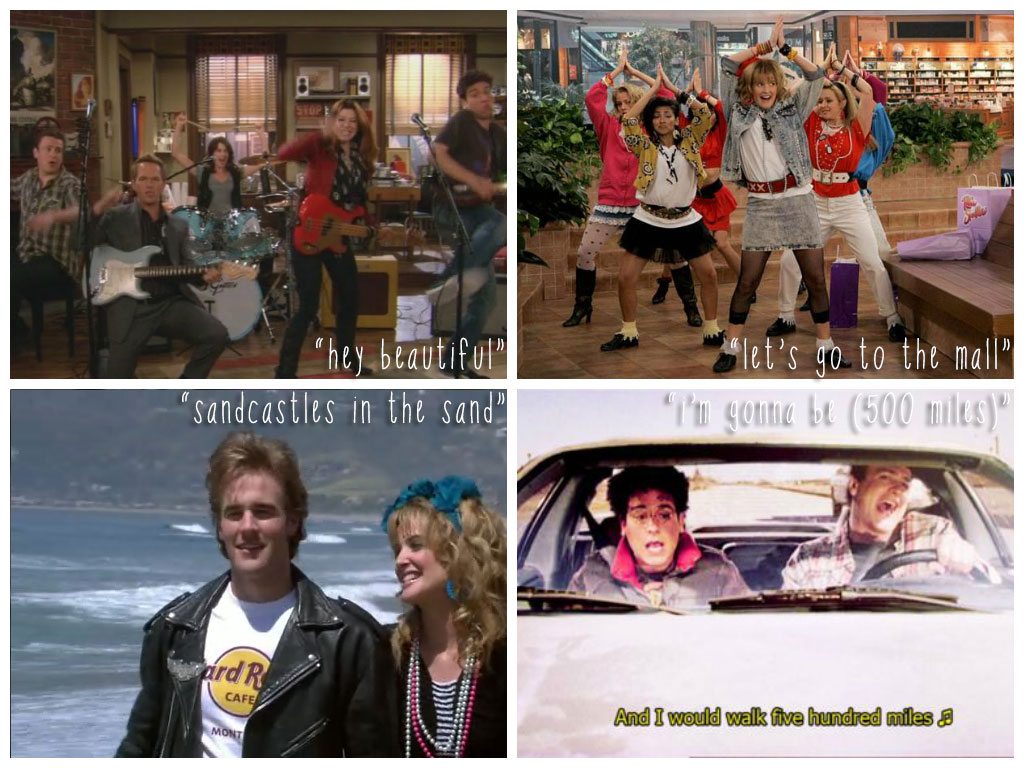 1. “Hey Beautiful” by The Solids (aka the band of the show’s creators, aka the full version of the HIMYM theme song).
2. “Let’s Go to the Mall” by Robin Sparkles (aka one of the greatest songs by Canada’s best fictional pop star)
3. “Sandcastles in the Sand” by Robin Sparkles (aka the classic ballad follow-up hit by the aforementioned fictional pop star)
4. “I’m Gonna Be (500 Miles) by The Proclaimers (aka the Fiero’s greatest gift to the gang – a good road trip soundtrack)

Are you planning to watch the series finale? What would you like to see happen to the gang when it all ends?