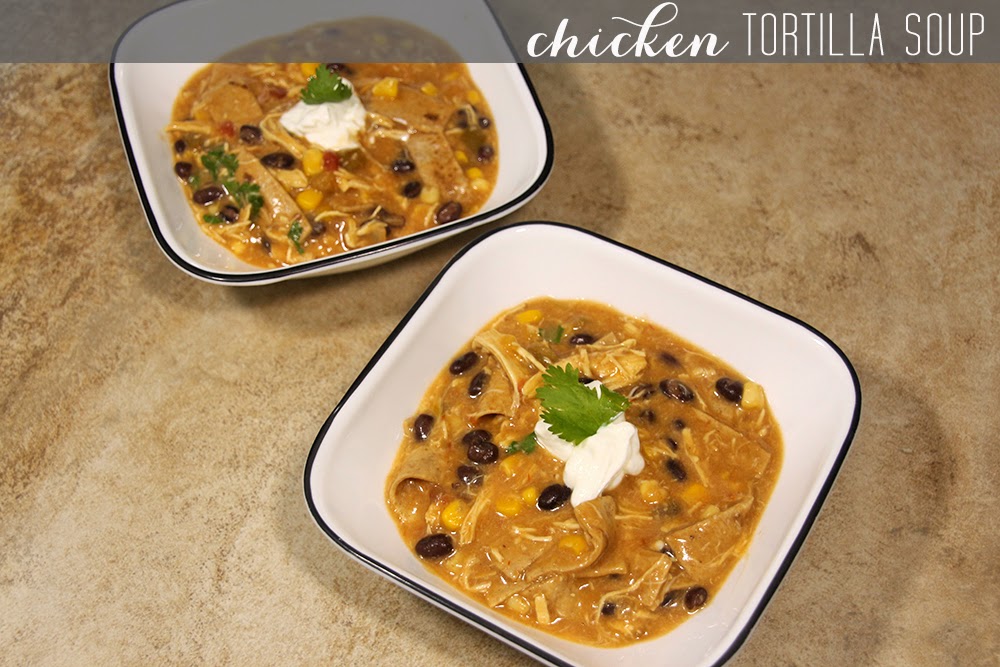 Remember yesterday morning, when I said that I was ready to take on the week? Well, Monday morning sure did test my patience, and it was all because of technology (which is supposed to make our lives easier?!?).
The morning started out like any weekday morning does, with TJ heading out to work, and me leaving about 20 minutes later. When I was getting ready to walk out the door, I went to grab my purse and laptop bag, but what do you know – my purse was not in its spot. I remembered that I put it in the trunk of TJ’s car yesterday, and had forgotten to get it out. Luckily for me, TJ switches between driving his two cars, and my purse happened to be in the one still at home. Unluckily for me, TJ installed some super complicated alarm system that causes the alarm to go off if his remote isn’t close to the car. I quickly called him to see if there was anyway for me to get in the trunk, so he talked me through it, but the alarm did end up going off. Which, for the record, is pretty embarrassing. We managed to figure out how to turn it off, and I sighed with relief – crisis averted.
Now that I had my purse, I was ready to leave, so I went to lock our front door. We don’t have just any lock though, we have a (usually cool) keyless entry, with a number pad. When I pressed the lock button though, nothing was happening, which meant our front door wasn’t going to lock. I had to get TJ back on the phone, and once again, we were able to figure it out, and I was finally able to leave for work. Crisis #2 averted.
My commute to work is 4 miles, door-to-door. It usually takes me 10 minutes on a busy morning, and about 7 on a smooth day. Yesterday though, the traffic was bumper-to-bumper, and, I felt myself getting stressed out for the third time in about 15 minutes. I eventually got to see what the hold up was – there were two police cars and an ambulance on a side street, in a nearby neighborhood. At first, that frustrated me even more – all of this hold up for something that wasn’t even on the street I was driving on?!? And then I immediately felt selfish. I thought my morning was stressful, but it wasn’t starting out with having to call an ambulance. I was safe, my family was safe, and I was seeing someone who wasn’t as lucky. Even if that ambulance was called over something that turned out to be harmless, that person was having a worse morning than I was. Sometimes life just likes to remind me to simply get over myself.
You know what technology always makes my life easier though? My crock pot! It did all the work making this tasty little soup, while I was planted on the couch watching the Steelers win on Sunday.
Printable Recipe
Serves 8 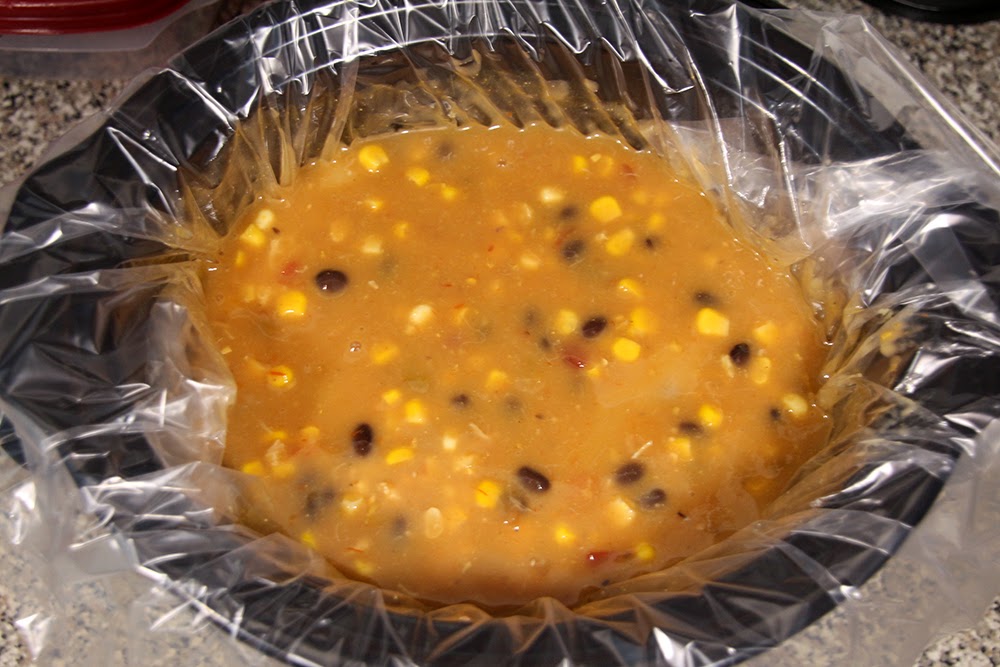 After 4 hours, remove the chicken breasts, and use a fork to shred. 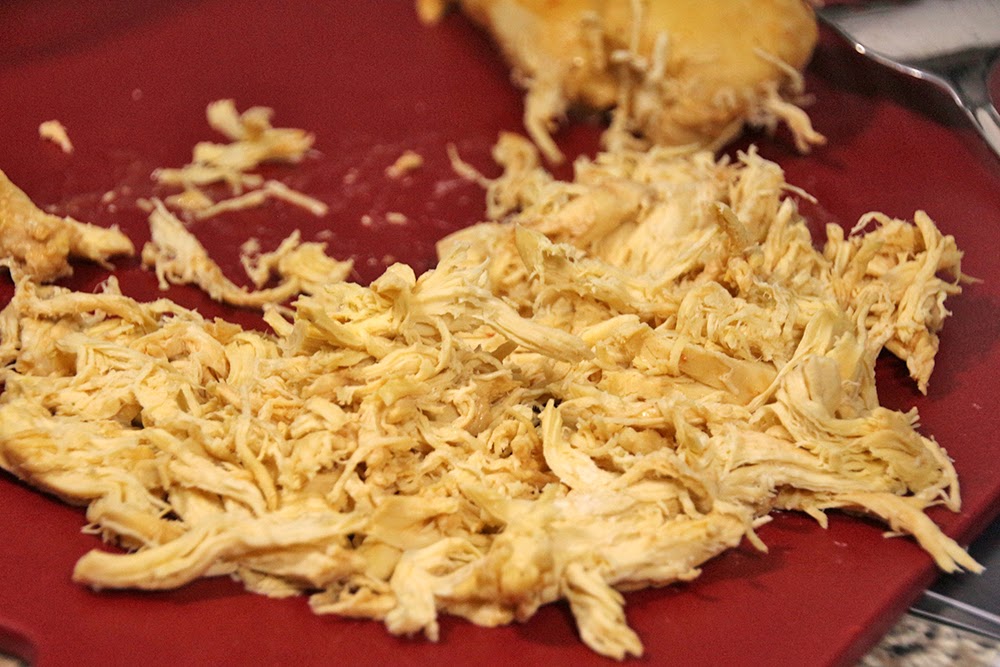 Use a pizza cutter to slice the tortillas into small strips. 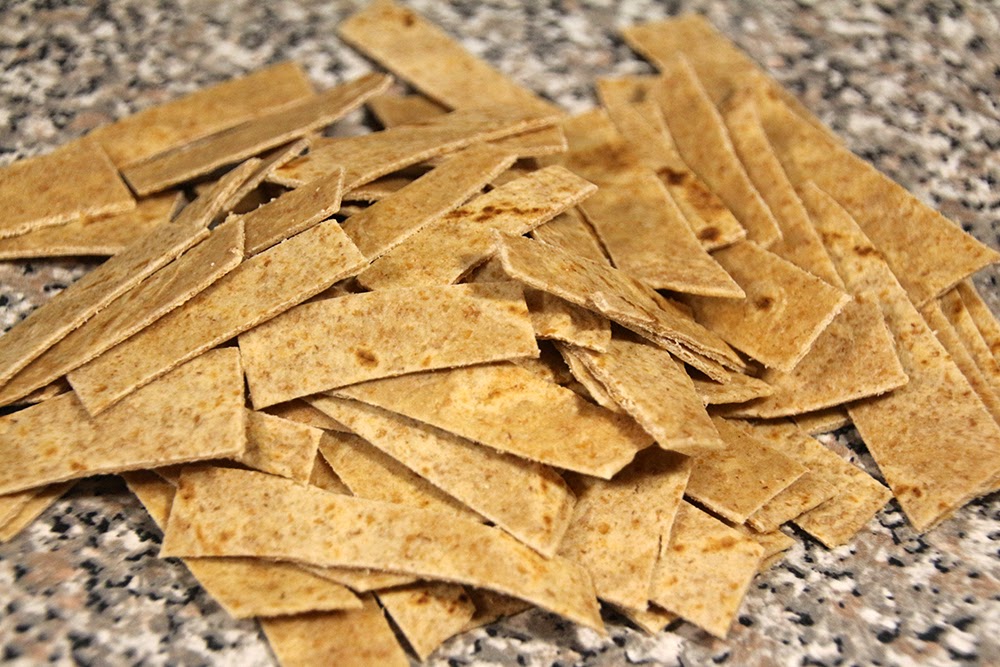 Stir in the shredded chicken, tortillas, cheese, and cilantro. 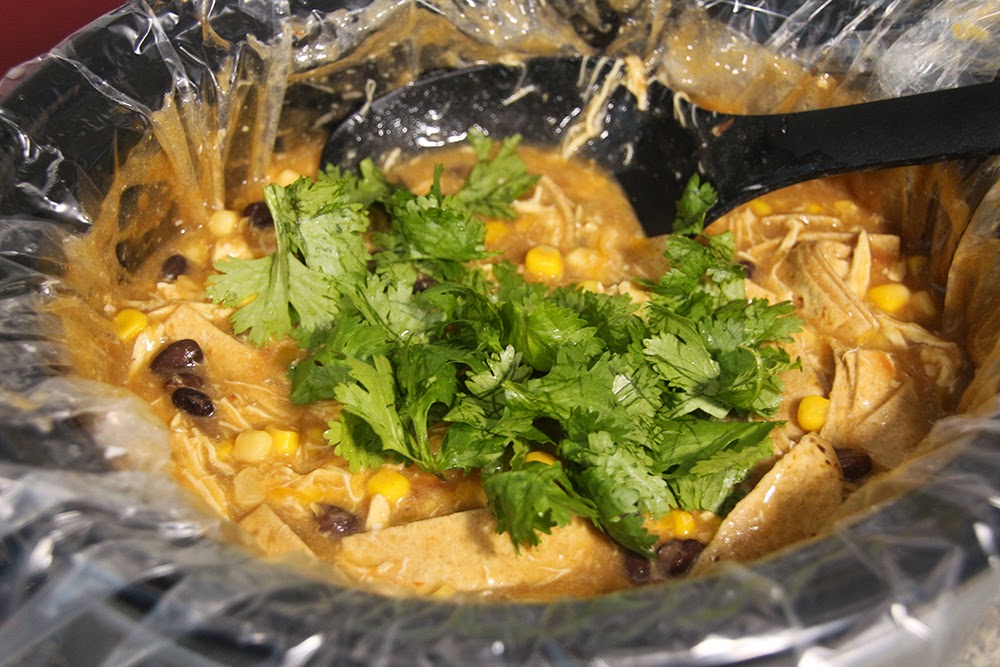 Serve with a dollop of Greek yogurt and enjoy! 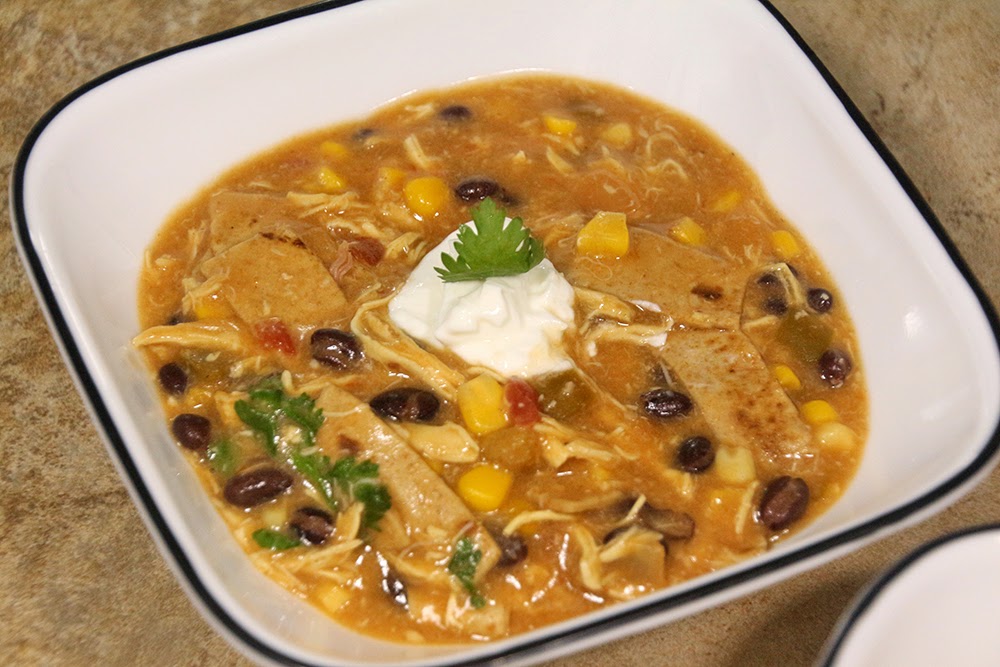 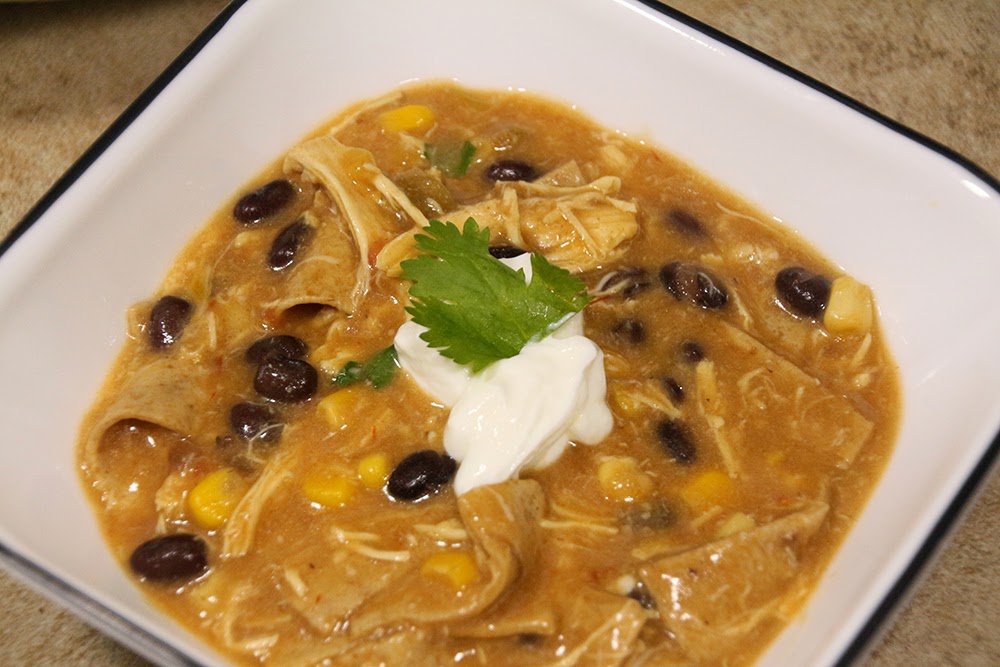 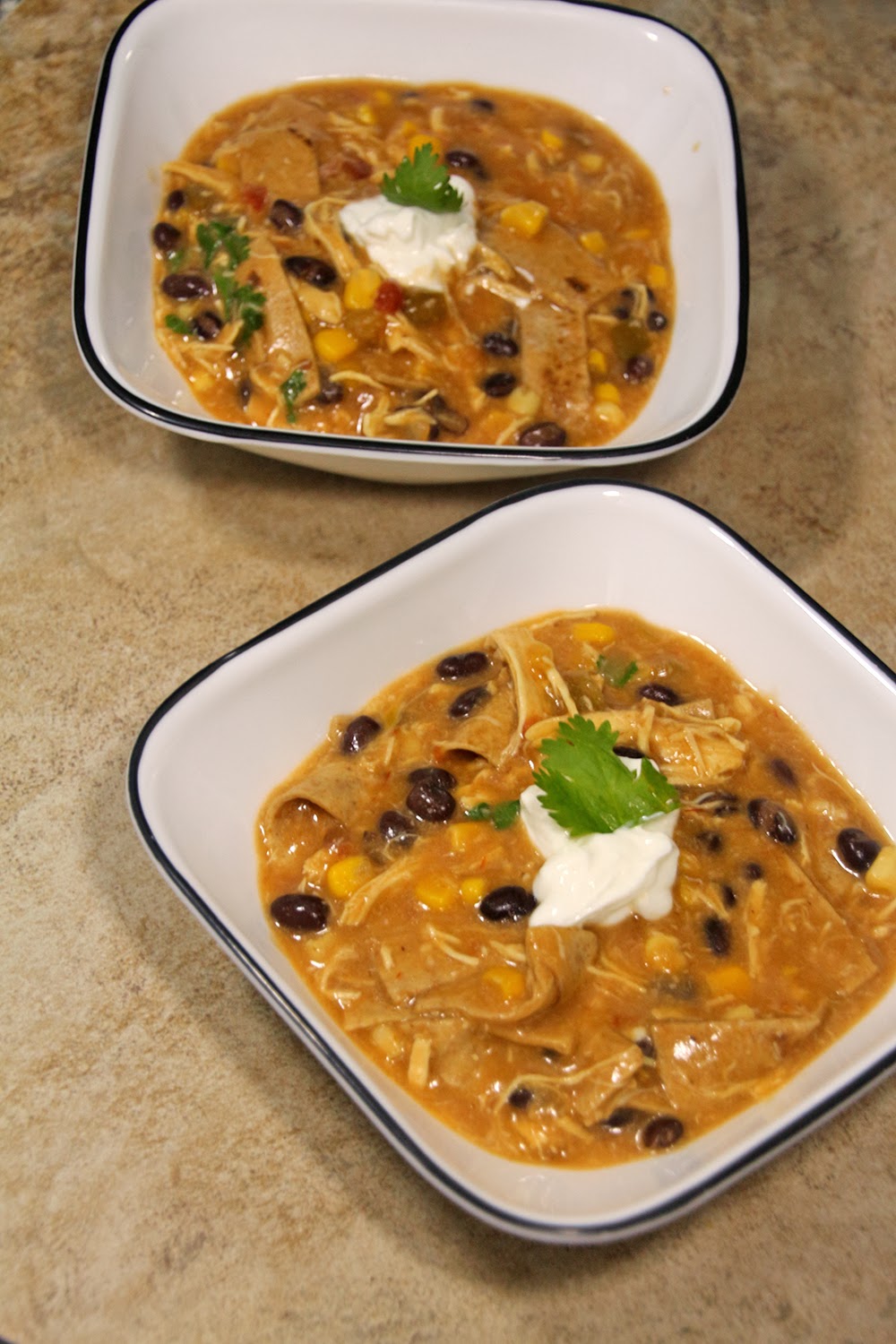