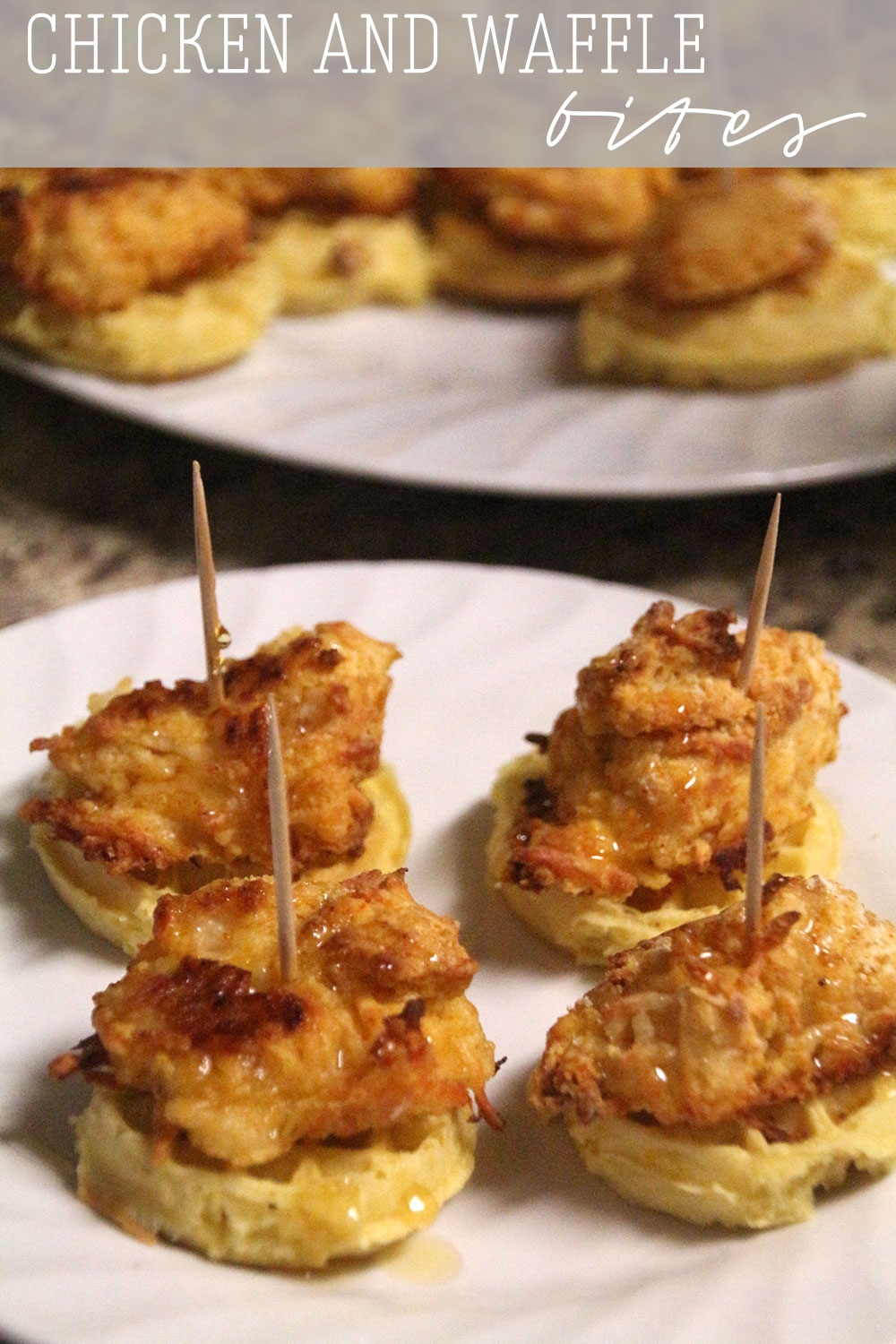 It’s Super Bowl week, so I’ll be coming at you with all kinds of Super Bowl related posts this week (mostly yummy snacks to make during the game), and I hope you’re as excited as I am!

I remember the first time I ever heard of the concept of chicken and waffles: I was living in Kentucky in 2007, and just down the street from my apartment, I saw a little chicken and waffles shop. I thought that sounded like such an odd combination, and I never ended up going there in the year that I lived in the area. I totally regret that now, by the way.

Over the years, I’ve thought back to that little restaurant a few times, and every time, the idea of chicken and waffles together sounded more and more delicious, and I’ve been dying to try them. A few weeks ago, I saw mini frozen waffles at the grocery store, and I got them for us to have for breakfast. After seeing them in the freezer every day, it hit me – I needed to try making a mini version of chicken and waffles. I made chicken nuggets using the base for my Crispy Baked Chicken Strips, and they paired perfectly with the little waffles. Drizzle them with honey, and it might be one of the most delicious things ever. Basically, I’m hooked on what I once thought sounded so bizarre, and now I want to eat them all the time.

Make them for your Super Bowl party, and then play some fun games! 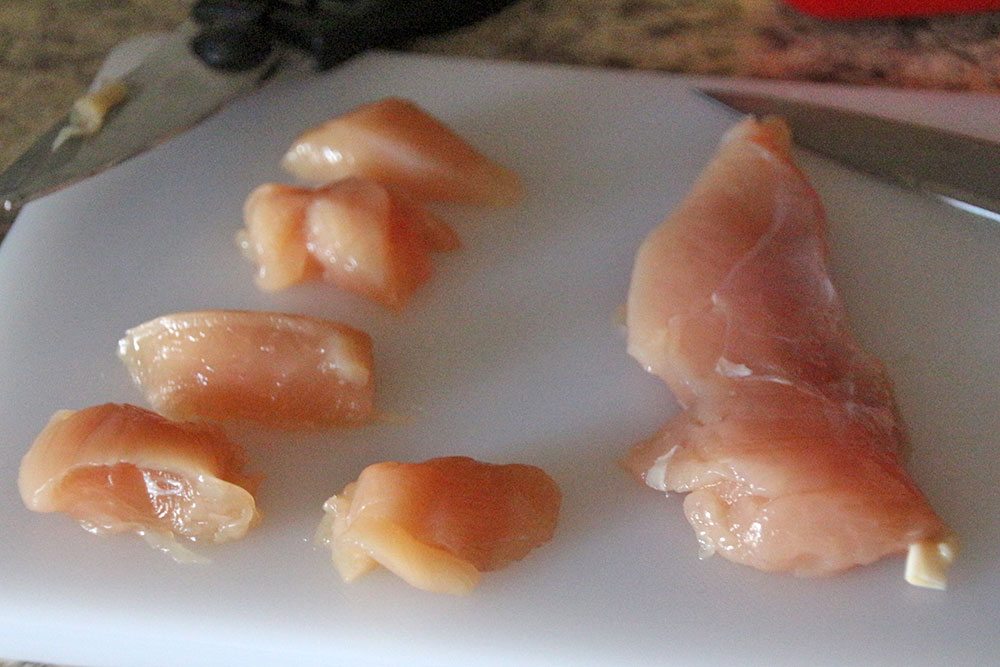 In a large bowl, mix together the baking mix, cheese, garlic salt, and paprika. 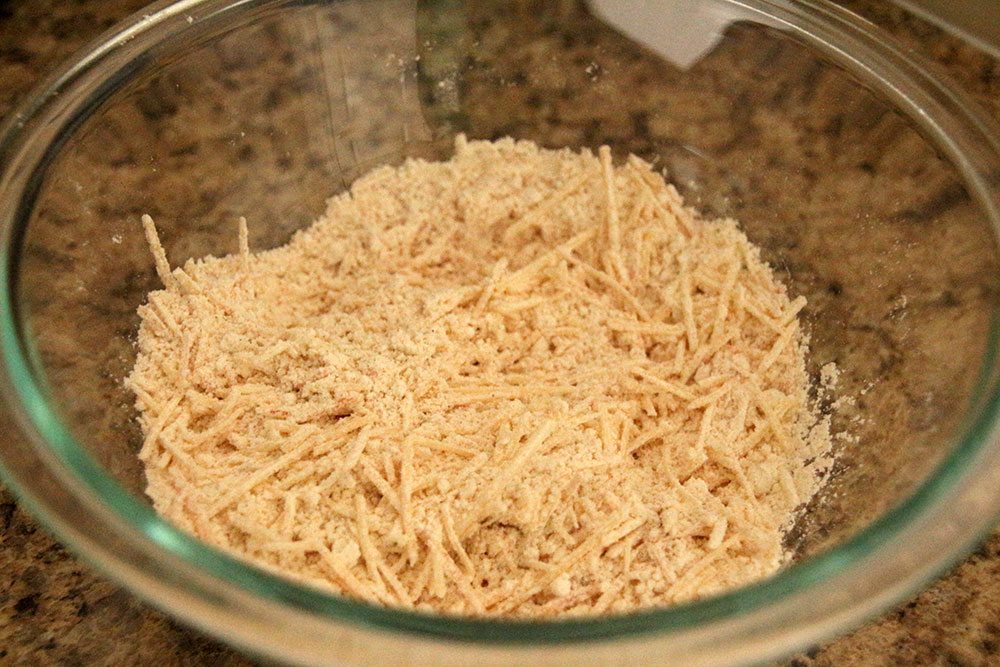 Put the beaten egg in a bowl, then dip the chicken pieces in egg and the batter mixture. Place the chicken on a foil lined baking sheet coated with cooking spray. 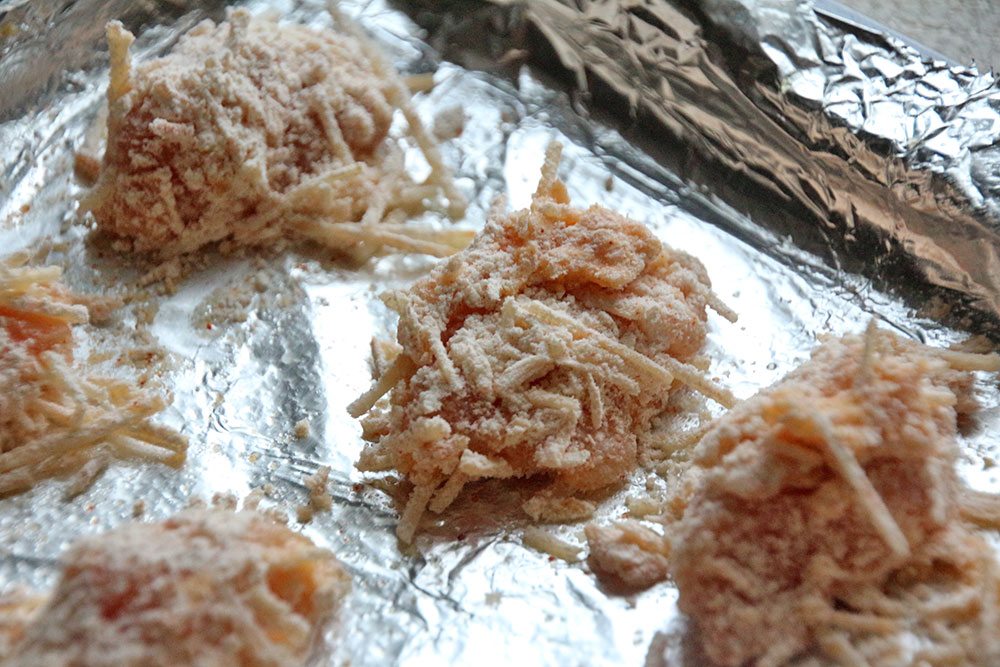 Pour the melted butter over the chicken. 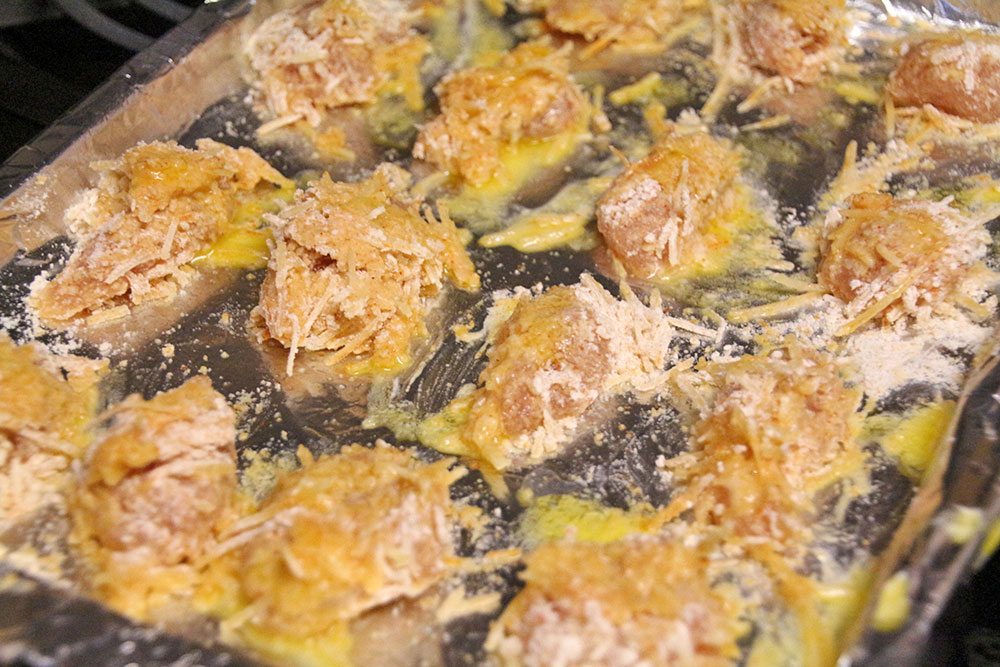 Bake at 450 for 10-12 minutes, or until no longer pink in the center, turning halfway through cooking time. 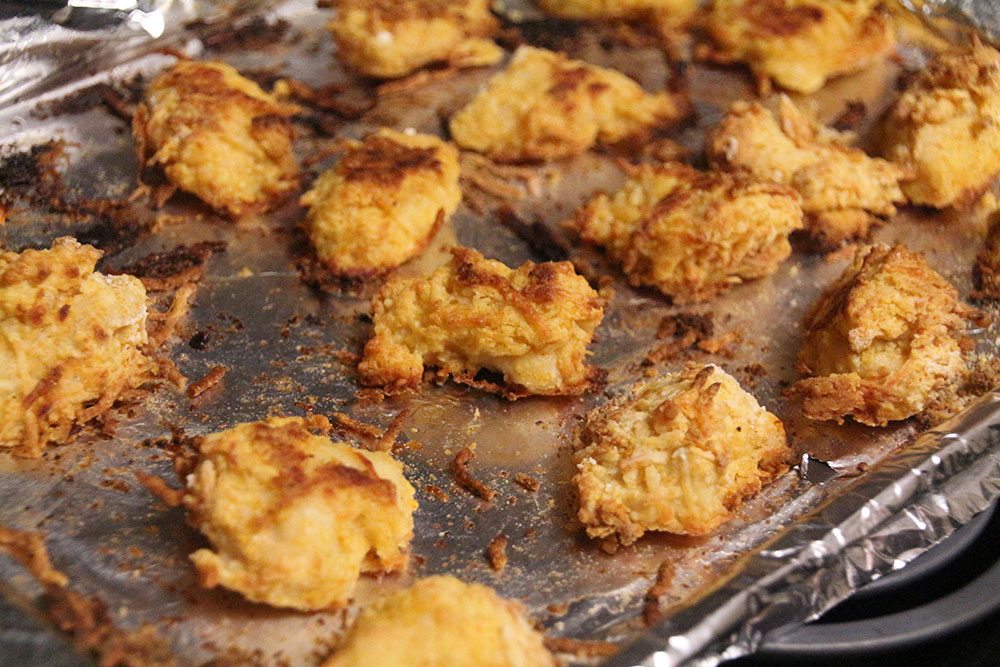 Toast the waffles according to package directions, then place a chicken nugget on top of each waffle and secure with a toothpick. 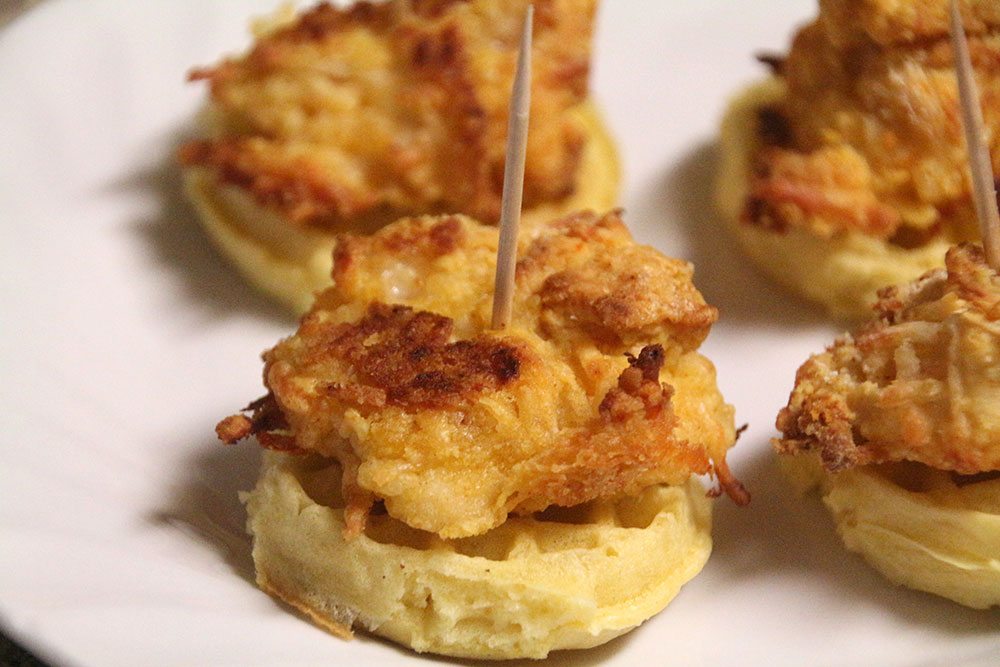 Drizzle with honey and serve with additional honey on the side for dipping, if desired. 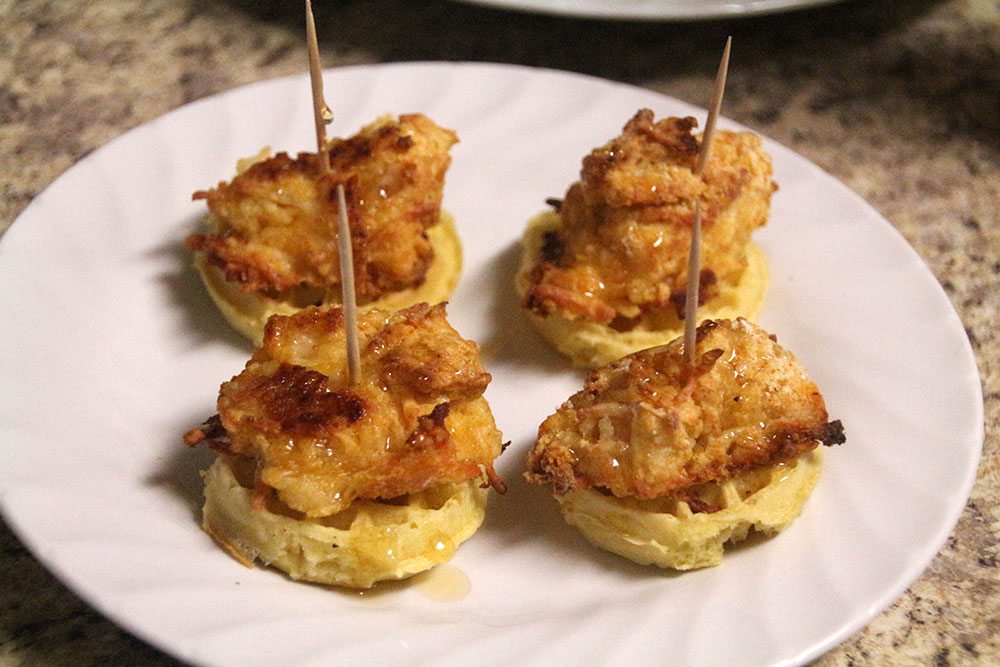 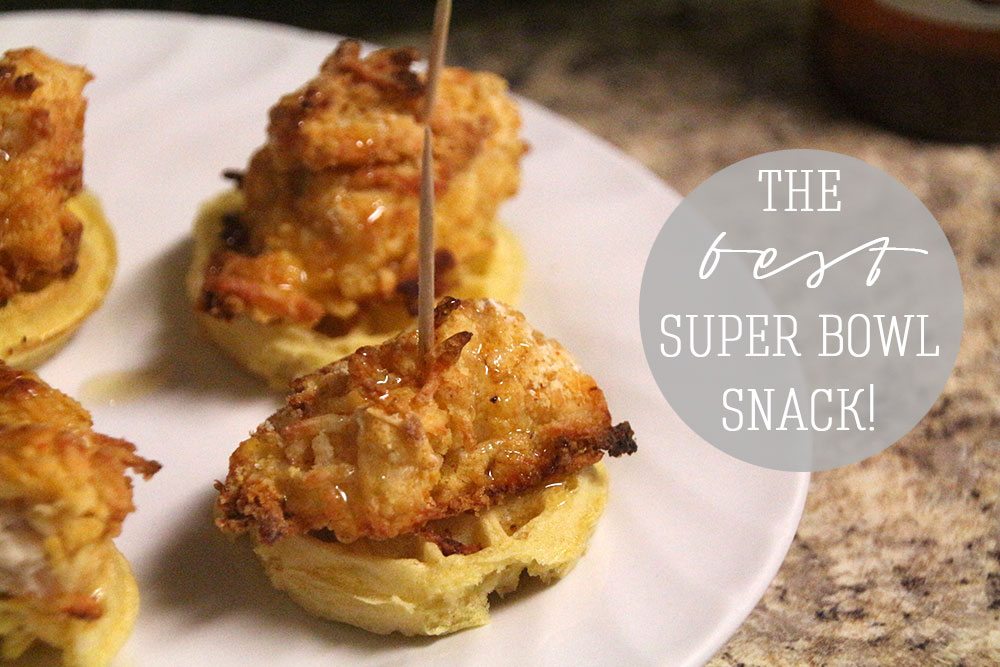 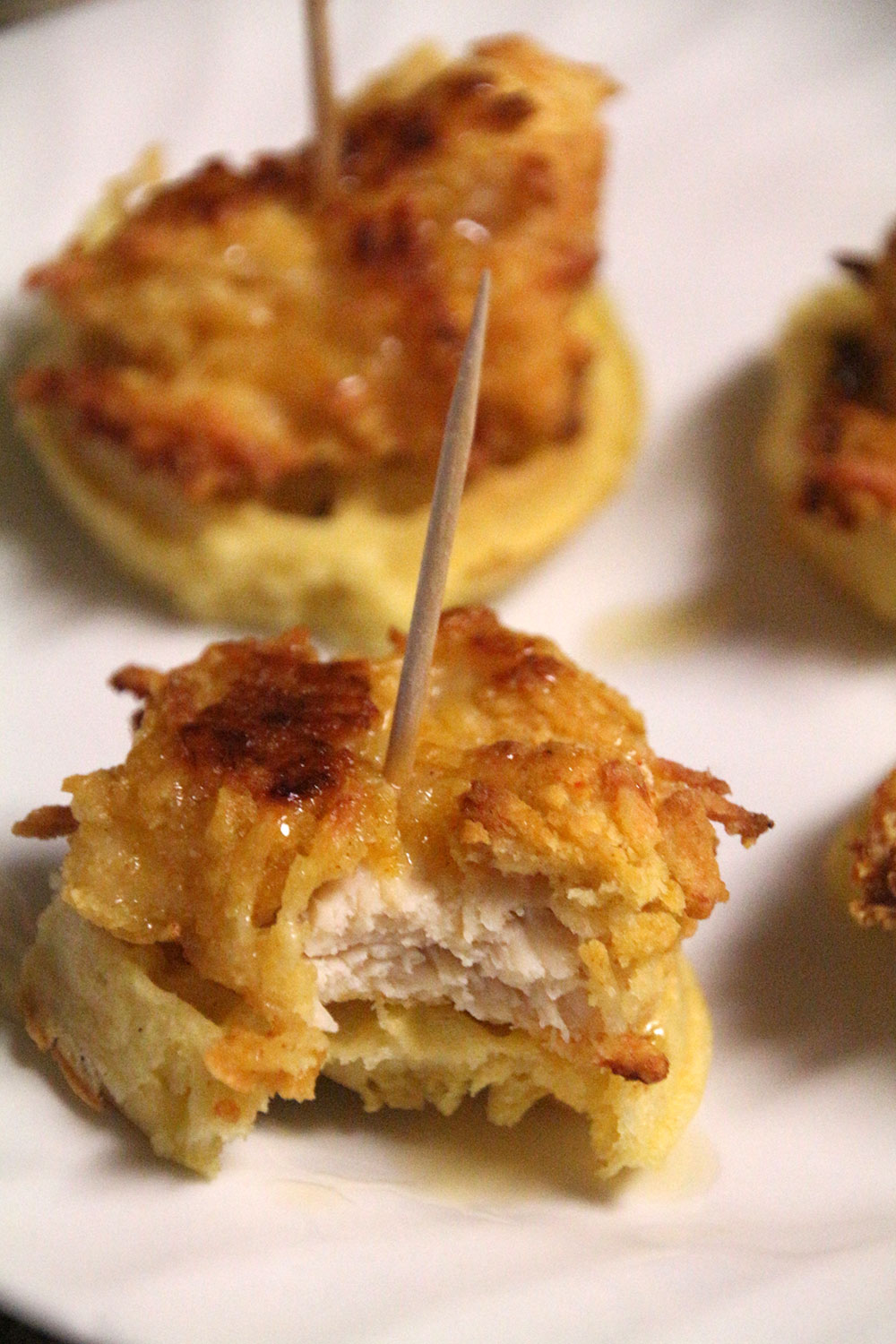 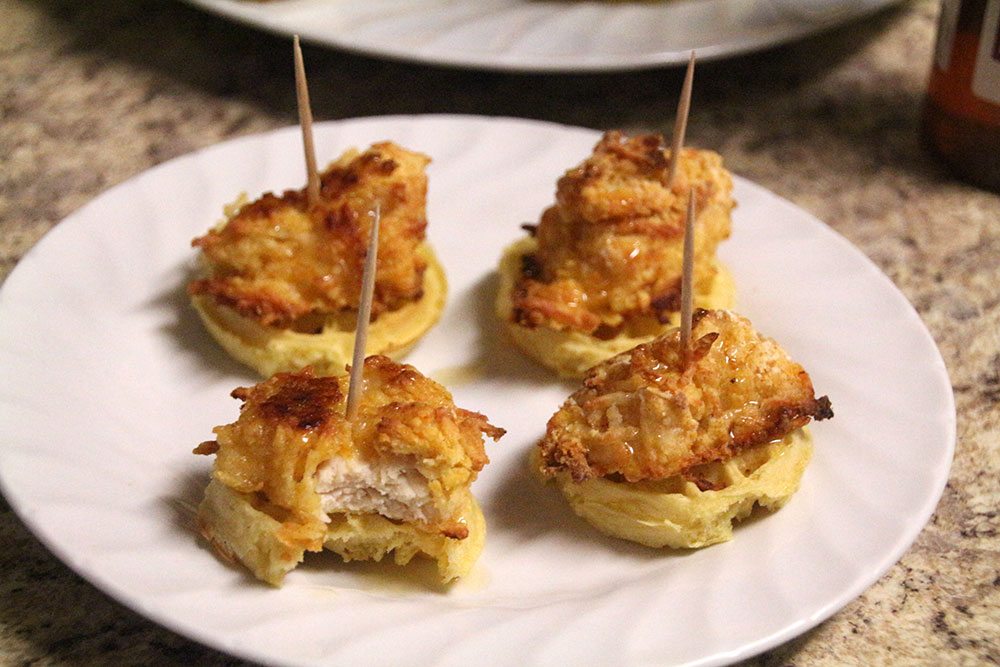 What’s your favorite Super Bowl snack? Are you pro chicken and waffles or do you think it’s a weird combo?