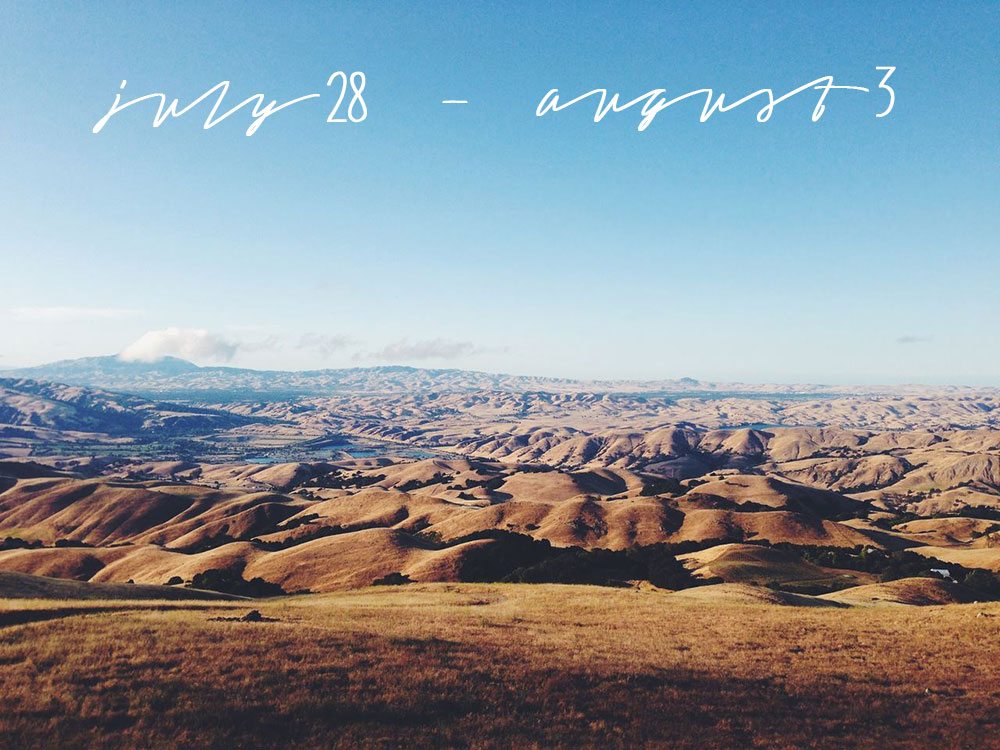 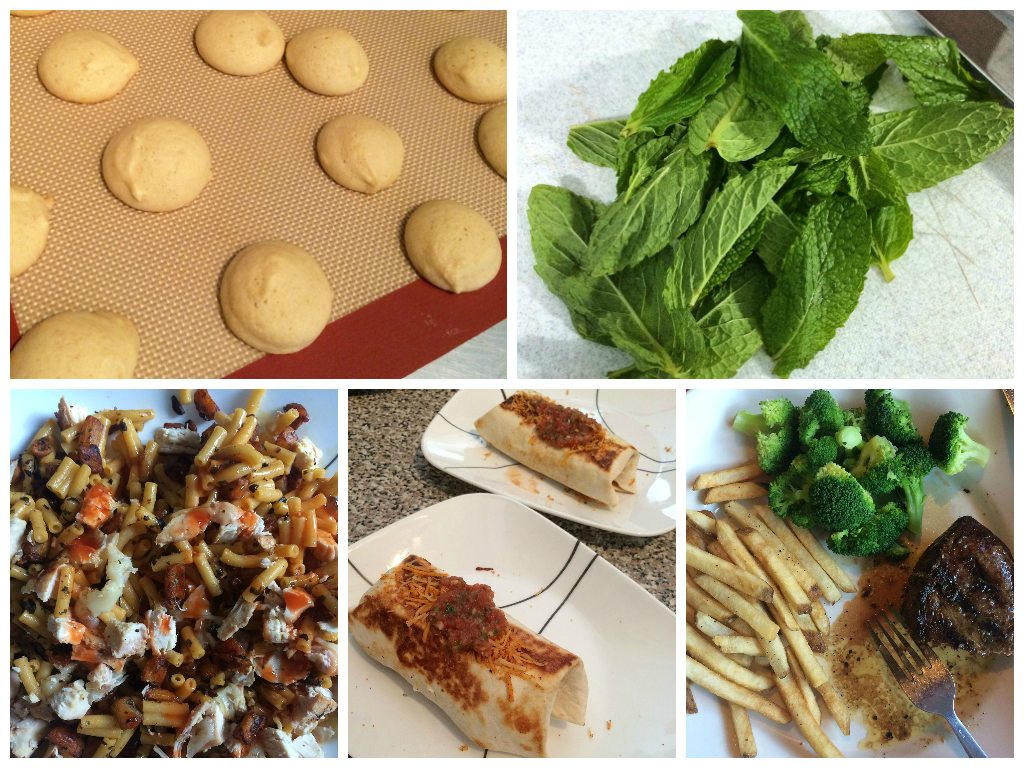 1. Homemade Nilla Wafers. For real! I’ll give you all the details later in the week.
2. Fresh mint leaves – maybe the greatest smell in the whole world.
3. TJ’s made us garbage plates this week, with chicken instead of hamburger. Mind blown!
4. I decided to start actually making one of the dinners I’ve pinned on Pinterest once a week, and these chimichangas were first up. We filled them with chicken and black beans and they were just so delicious.
5. Broccoli cancels out french fries, right?

4 blog posts I enjoyed reading:
1. Bonnie’s post on the adjustment period into motherhood
2. Annie’s insightful post on what to blog and not blog about
3. Stephanie’s list of the best ways to avoid people
4. Lisa’s look at how much has changed in four years and how pointless it is to worry about the future

3 forms of media consumed:
Read – Finished My Seinfeld Year by Fred Stoller and started Ketchup Clouds by Annabel Pitcher (about 38 pages in so far)
Watched – Speaking of Seinfeld, TJ and I have been watching the reruns like crazy lately. It seriously never stops being funny
Listened to -Tons of fun 90s music at game night with Kristin and her husband 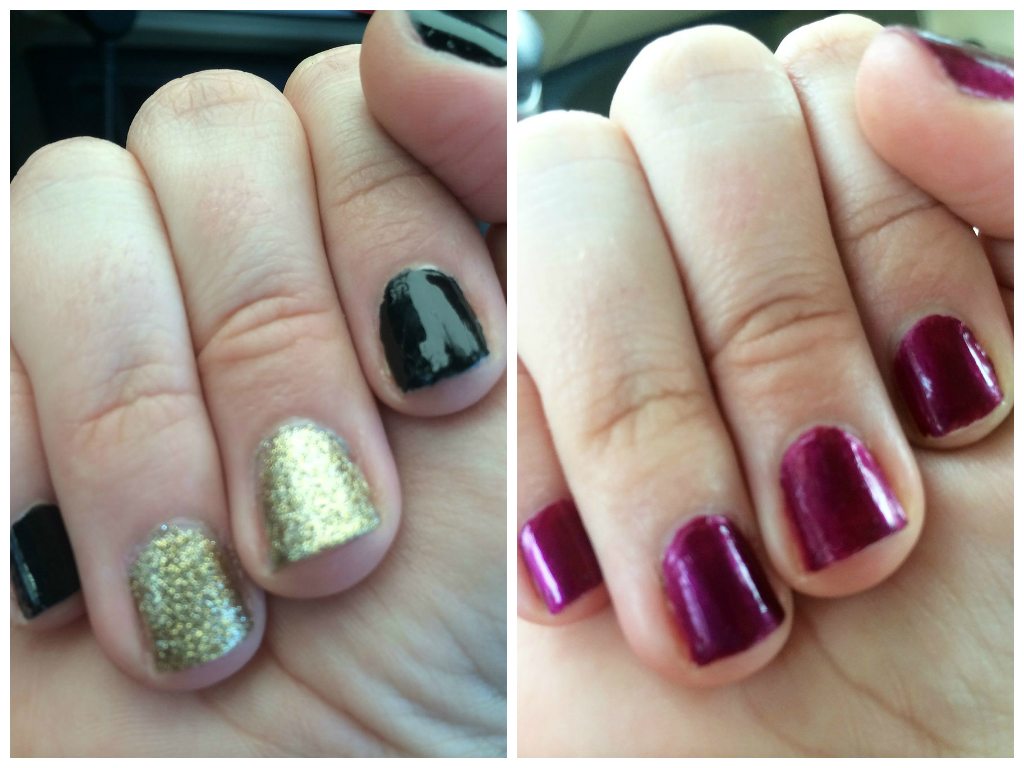 1. OPI, Black Oynx and All Sparkly and Gold
2. Nicole by OPI, Star of the Party

1 thing I want to remember from the last week:
Last week was a busy one, and I definitely let stress get the better of me more times than I’d care to admit. So, I’d like to remember that TJ is just the best, and is far more patient with me than I deserve – especially during stressful times.