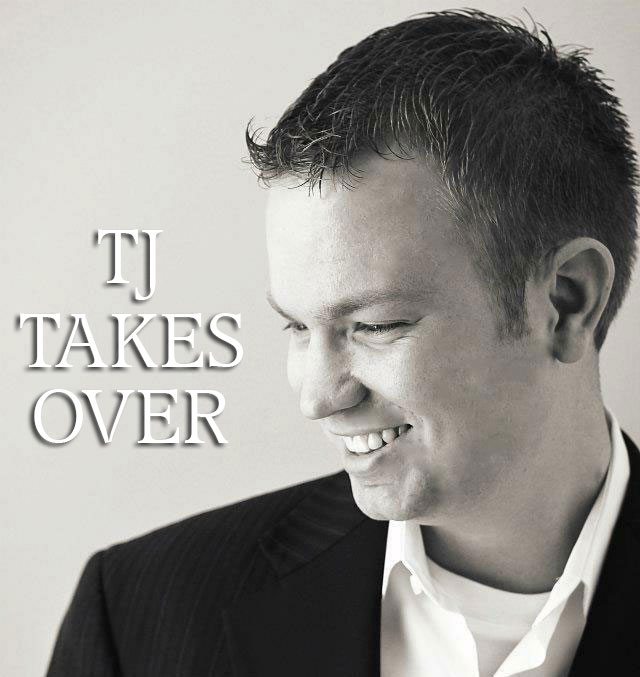 Remember the awesome Boys Behind the Blog linkup? Well, when Mal and Stephanie announced that it was ending, TJ was kind of bummed. So, I decided to start a new monthly feature called “TJ Takes Over”. Sometimes (like today) he’ll answer questions, other times he’ll provide some tips on web stuff, and other times he might share a tutorial. I think it will be fun and hope that you guys will enjoy it and learn some stuff from him too!

TJ has been officially running his own business full time for about 7 months now, so I asked him 5 questions relating to working for himself and being a business owner.

1. What’s the best compliment someone can give you?
Either “that’s a good idea” or I don’t know, it sounds a little dorky but “that’s clean code.”

2. What’s the best and worst part of being self-employed?
The best is no time-wasting meetings and that I get to do the projects that I want to do. The worst is the inconsistency of income.

3. What’s your favorite part of every day?
There’s kind of a lot of them. The freedom to do what I what when I want, now that you’re working from home too, spending time with you and spending time with the cats, and if I don’t want to work I don’t have to. I love that no one is micromanaging me.

4. What piece of advice would you give to yourself 1 year ago?
There’s never a good time to start your own business, but just do it and have confidence in your abilities.

5. If you had an extra hour in the day, what would you spend it doing?
Hmm, I guess R&D, and just working to find ways to keep improving the business.

Are you self-employed? Would you ever want to be? Let me know! Also, if you have any questions for TJ, leave them in the comments!