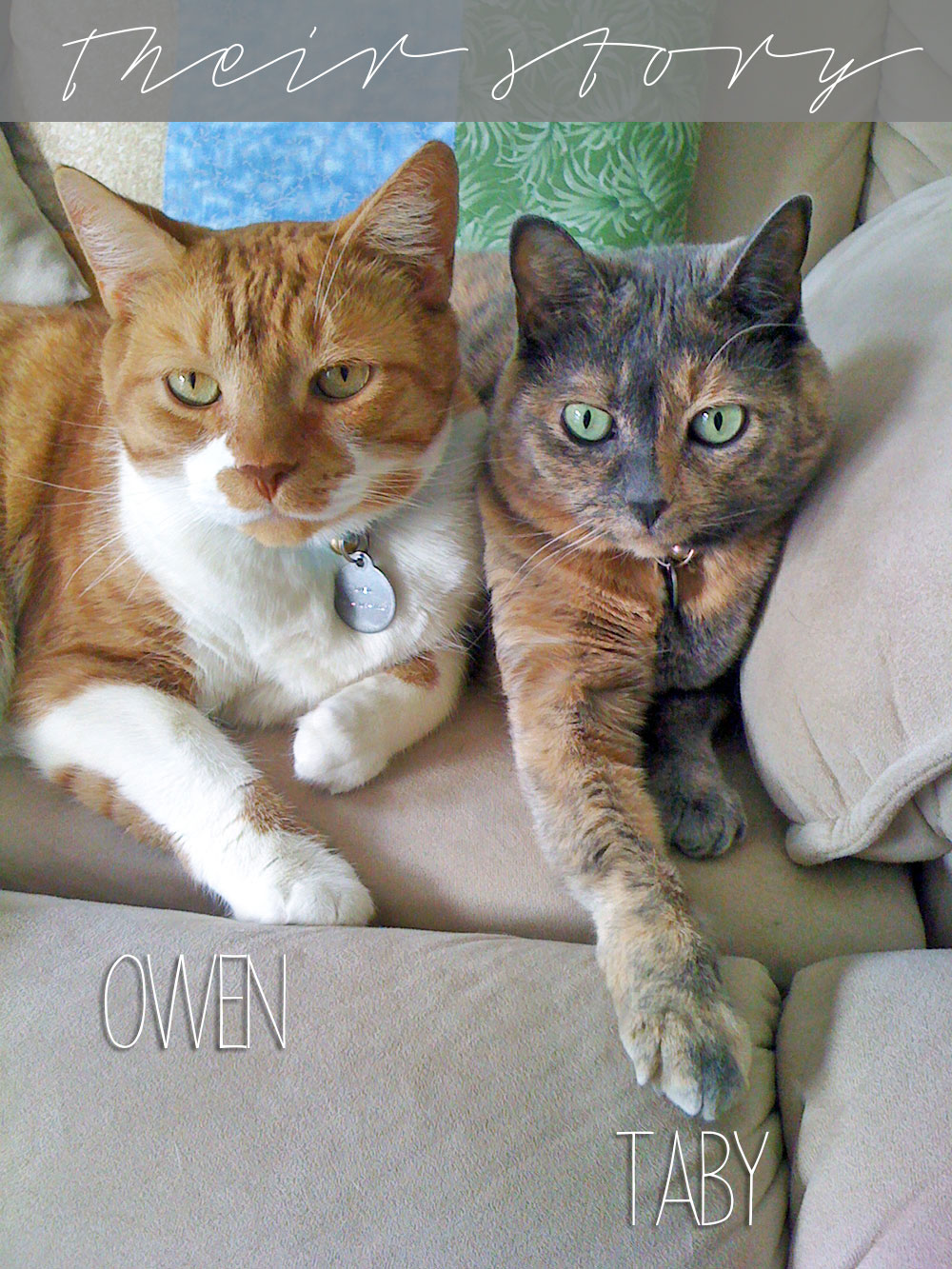 I mentioned on Instagram last week that it has been a year since we brought our third cat, Riley, home with us. We’re definitely crazy cat people, spoiling them like crazy and taking about 100 cute pictures and videos of them daily. What can I say, they complete our family! I thought it’d be fun to talk about how our cats found their way to our home (and hearts… aw!). Next week I’ll write about Riley’s story, but today I want to focus on Owen and Taby.

First, let’s get to know them each a little better… 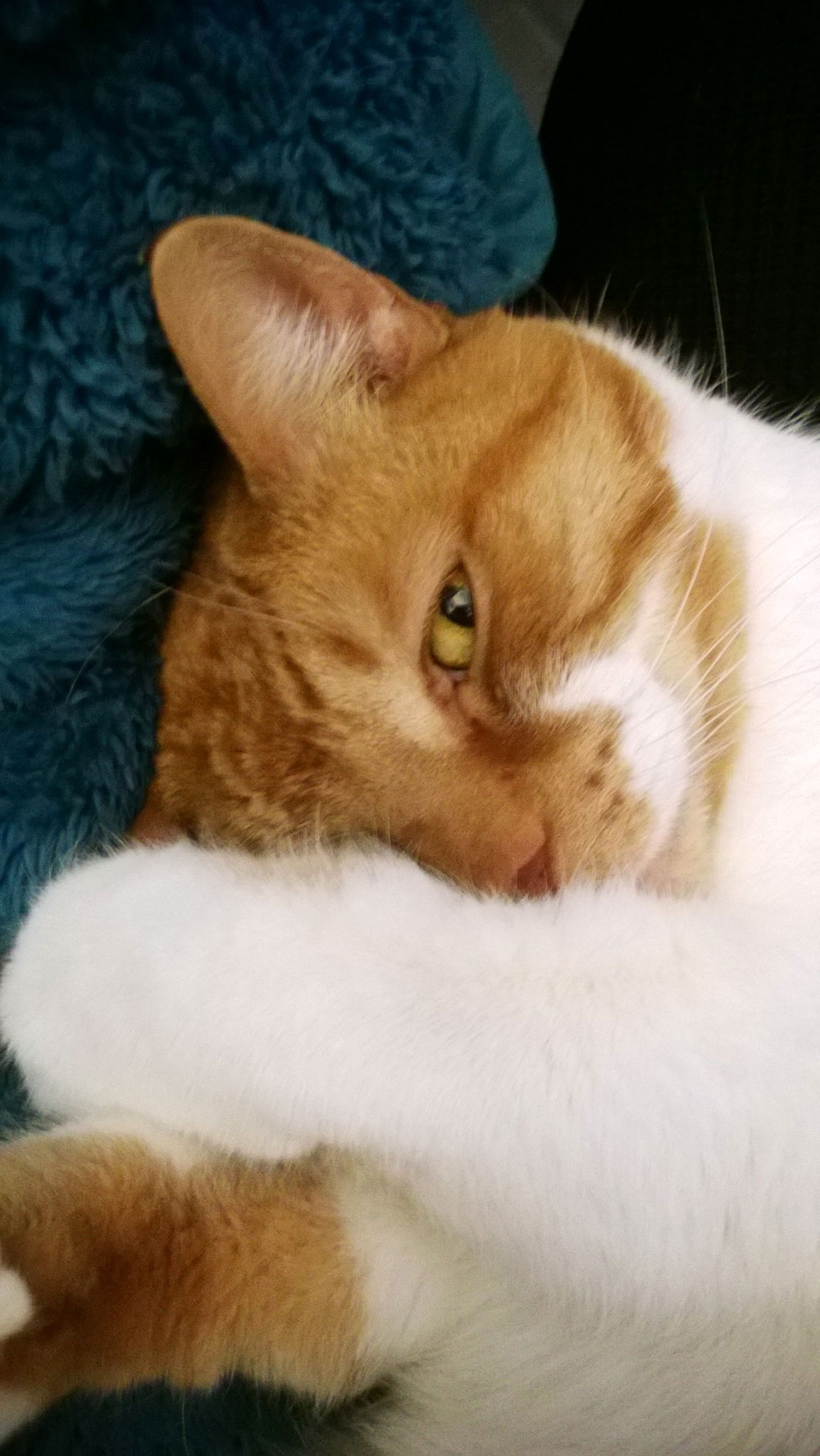 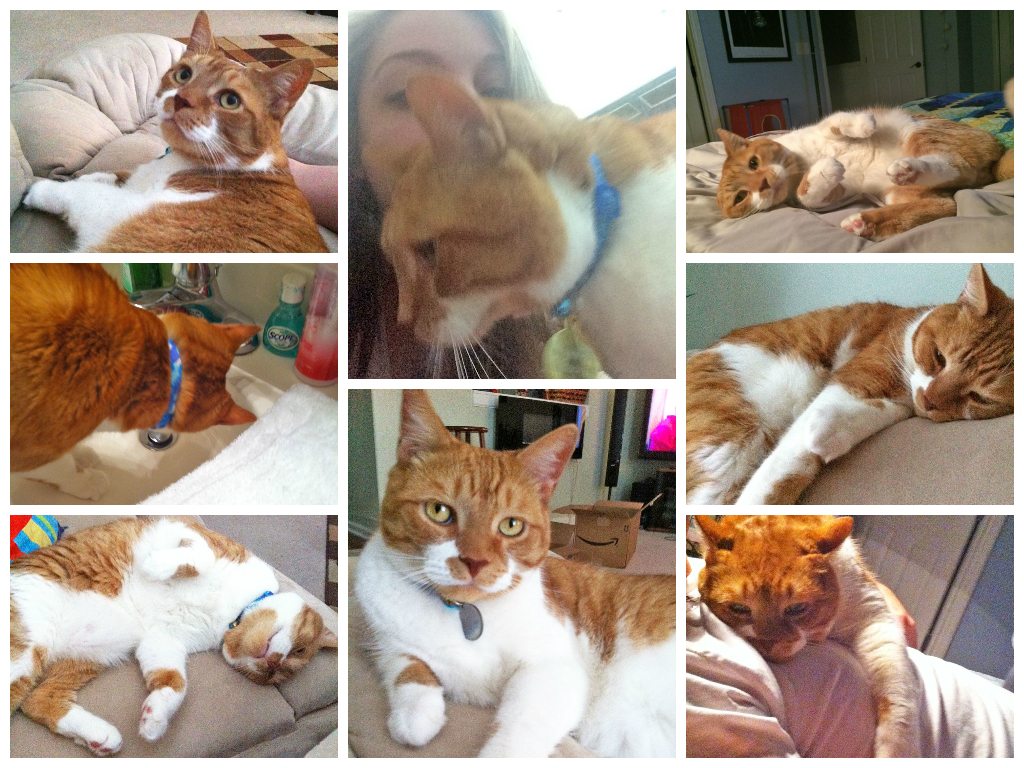 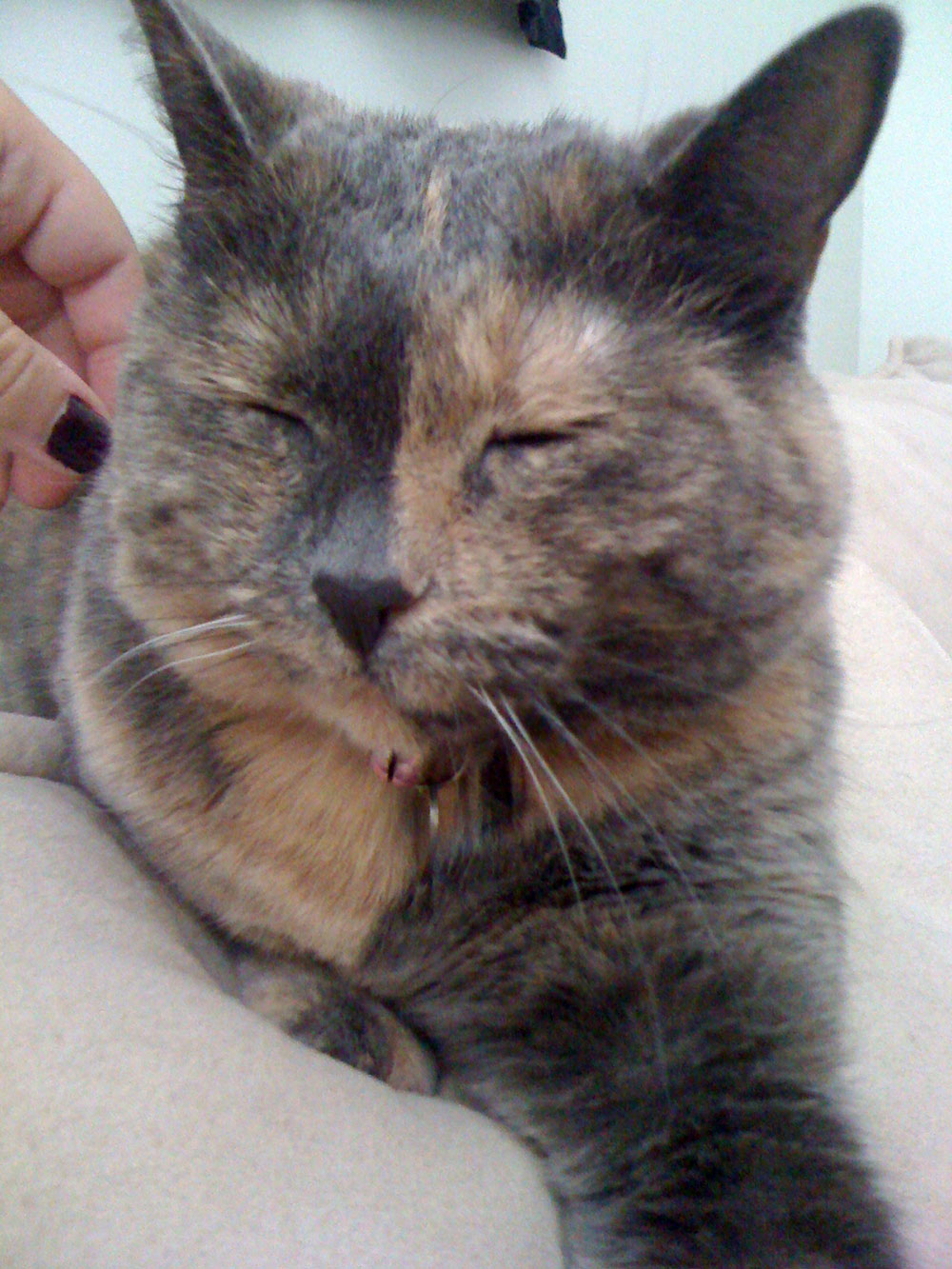 Age: 8-9ish
Nicknames: Taboo, Tabula
Loves: milk, sleeping on our laps, playing with laser lights, getting the underside of her chin scratched 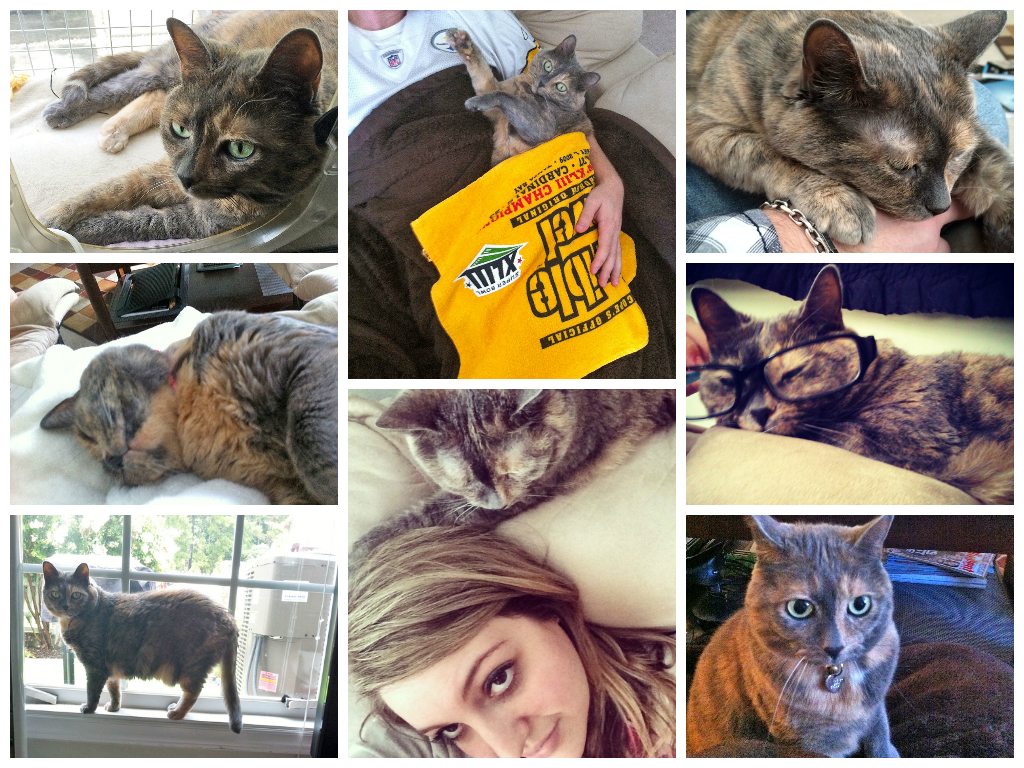 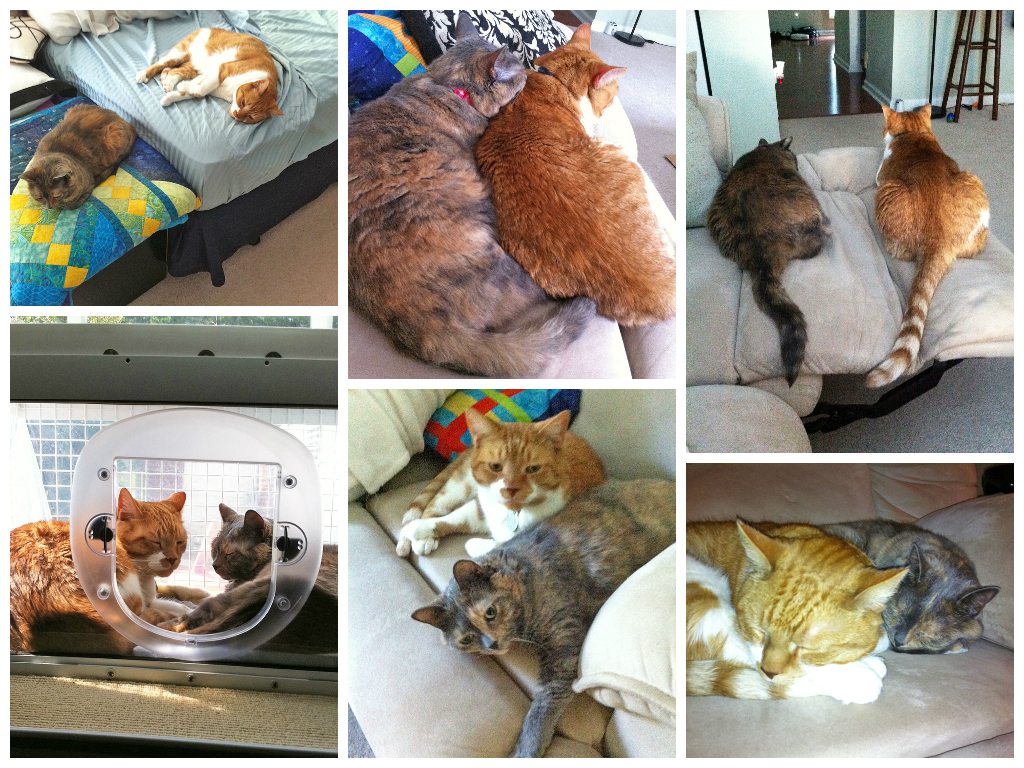 Owen and Taby have been around even longer than I have. Of course, I’ve heard the story from TJ before, but I sat down with him yesterday to get all the details of how they came into his life and turned him from a dog person into a dog and cat person.

Around 2006 or so, TJ was working at an animal hospital up in Rochester, NY. The hospital would sometimes get litters of kittens from the pound downtown, and at one point, a fluffy little orange and white cat came in with one of the litters. The hospital made sure they were healthy and had all of their shots, and then put them up for adoption. While the little orange and white kitten (eventually named Owen by one of the other employees at the hospital) was there, TJ constantly saw him jumping around, getting under buckets, and getting into things, and he thought Owen was just a funny little cat.

Not too long after he came to the hospital, Owen was adopted by a family who already had Taby. TJ didn’t think too much more about Owen, until a few months later, when the family was going on vacation, and decided to board Owen and Taby at the animal hospital for the two weeks that they were going to be gone.

Over the course of the next three months(?!?), the hospital tried reaching out to the family, but they had no desire to come back to get the cats, and they refused to pay. TJ started to think about adopting them, but the hospital’s procedure required that they go to animal control for a week, to give the owners one more chance to get them back. TJ let it be known that he’d like first dibs if the owners never came to get them, and that’s exactly what happened.

A week or two after he officially adopted Owen and Taby and took them home, the original owners decided that they wanted the cats back (are you kidding me?!), but it was too late. Mr. Owen and Miss Taby officially belonged to TJ, and the rest is history! 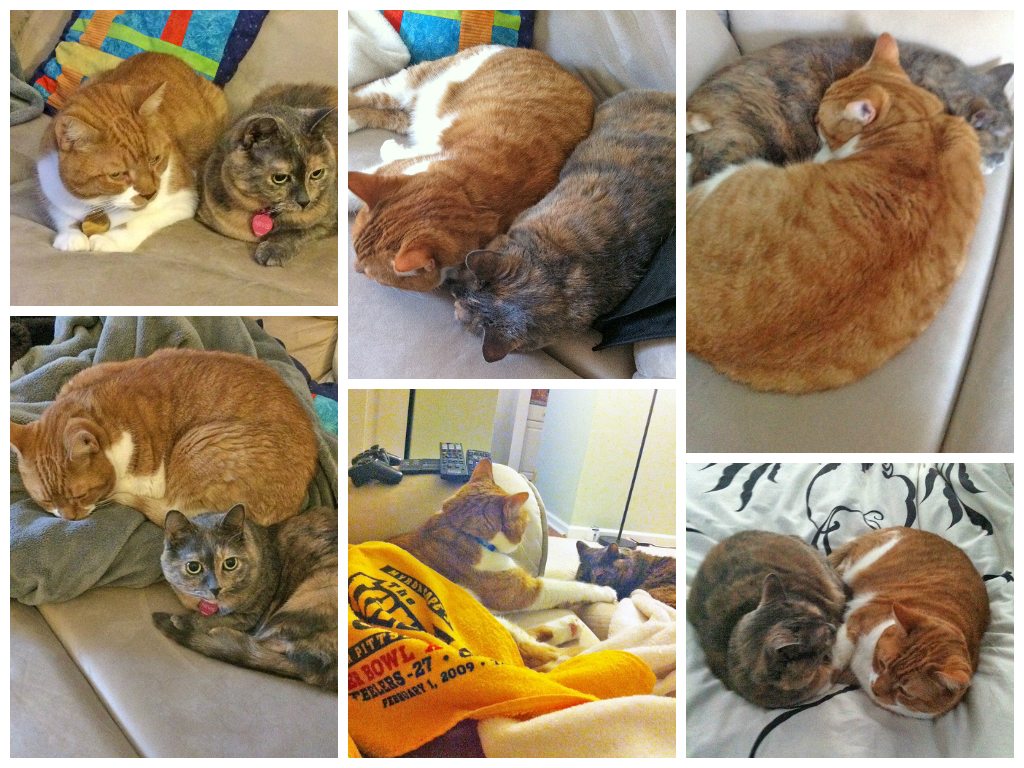 I still remember the first time I went to TJ’s house and met Owen and Taby. I instantly loved them, and the feeling was mutual. In fact, Taby walked over to me, and TJ said, “if she tries to bite your hair, she loves you”, and that’s exactly what she did. We love these cats like we’ve had them from their birth, and our family truly wouldn’t be complete without them! Oh, and Owen still loves jumping all over and getting into random things around the house. Some things never change.

Do you have pets? I’d love to hear how they came into your life!