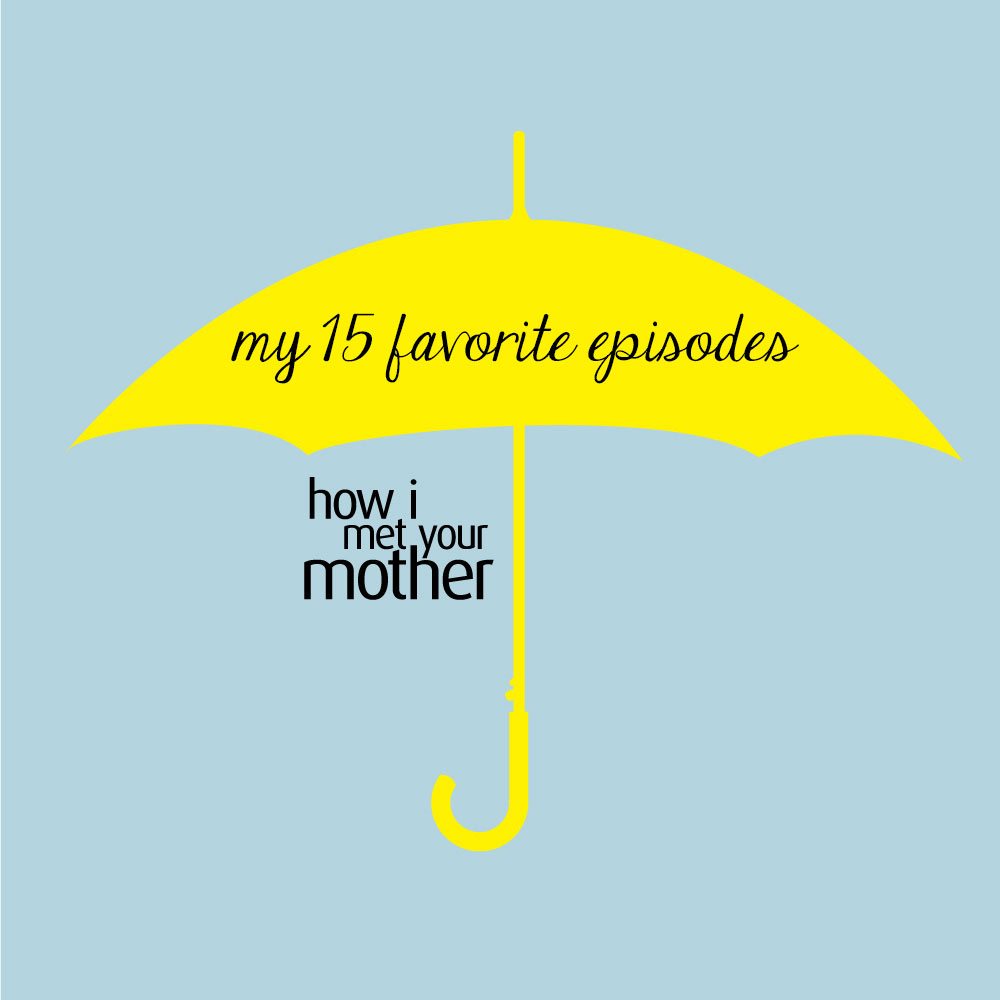 As I mentioned last week, I’ll be dedicating several posts to How I Met Your Mother this month, as the series finale is just around the corner. If you’re a HIMYM fan like me, you’ll probably be enjoying these posts. If you’ve never seen the show, WHAT ARE YOU WAITING FOR? It’s on Netflix – get on it! If you’re just not a fan of the show, I feel like you need to reevaluate your life.

Today, I’m excited to be recapping my 15 favorite episodes of the series, in chronological order. Suit up and let’s begin!

1. Drumroll, Please (Season 1)
Why I love it: Ted meets a woman at a friend’s wedding, and they have a romantic night where they talk about how the best part of any first kiss is the build up, or the drumroll. 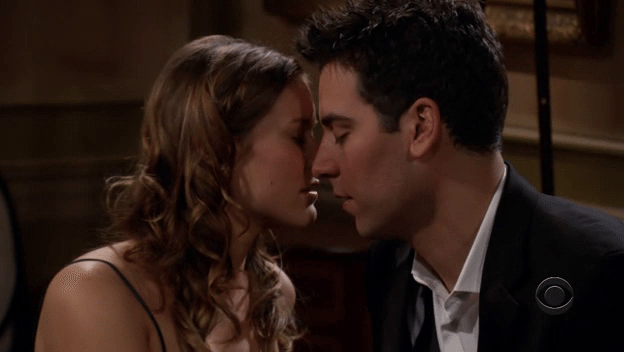 2. Game Night (Season 1)
Why I love it: The gang gets a peek into Barney’s past and we all finally get to know what makes Barney the suited up man that he is.

3. Swarley (Season 2)
Why I love it: Just about everyone has experienced getting the wrong name written on their coffee cup, and when a barista mistakes Barney for “Swarley”, hilarity ensues.

4. Slap Bet (Season 2)
Why I love it: Where to even begin?! First of all, we learn all about Robin Sparkles (let’s go to the mall, everybody!) Secondly, we get the first of the infamous “slaps”. A classic episode all around – so good that it gets 2 gifs.

5. Arrivederci, Fiero (Season 2)
Why I love it: We get to learn the back story of how Marshall and Ted really became great friends, we get to see Barney learn how to drive, and we get to see Lily and Robin bond over spilled Thai food. Also, it gives me a renewed appreciation for I’m Gonna Be (500 Miles) by the Proclaimers.

6. Showdown (Season 2)
Why I love it: Barney, convinced that his dad is Bob Barker, goes on The Price Is Right to get to know his father. Is more of an explanation really needed?

7. How I Met Everyone Else (Season 3)
Why I love it: We learn the back story of how everyone in the gang met, and Ted dates a ridiculously annoying girl that Future Ted can’t remember the name of (aka Blah Blah).

8. Spoiler Alert (Season 3)
Why I love it: The gang points out each other’s annoying habits (loud chewing, using the word literally incorrectly, randomly singing nonsensical songs, etc), and it ends up culminating in a really sweet moment for one member of the gang.

9. Three Days of Snow (Season 4)
Why I love it: There’s a romantic Marshall and Lily scene at the end that gives me goosebumps every time I watch. I won’t say anymore than that to prevent giving out any spoilers.

10. Say Cheese (Season 5)
Why I love it: We get proof that it’s impossible for Barney to take a bad picture and Marshall to take a good one. Plus this gif of Lily reminds me of bloggers and how we all kind of think we’re instant photographers, which makes me laugh.

11. Bad News (Season 6)
Why I love it: I’m not much of a TV/movie crier, but this episode gets me every single time. So completely gut-wrenching.

12. Symphony of Illumination (Season 7)
Why I love it: This episode is another one that tugs at the heartstrings, but I especially love it because at the end of the day, we all need someone in our life who will make us an elaborate light display when we’ve had a horrible day.

13. Something New (Season 8)
Why I love it: We finally get to see The Mother, aka the woman who will finally steal our boy Ted’s heart. It’s an exhilarating moment!

14. How Your Mother Met Me (Season 9)
Why I love it: We get to see everything that The Mother has been up to over the years, and we fall more in love with her character with each and every scene that she’s in. Seriously, the character is perfectly cast, and she fits in with Ted and the rest of the gang in the best way.

15. …
I’m intentionally leaving this spot blank, because I hope with every fiber of my tv-loving being that the series finale will eventually fill it. After it airs (on March 31!!) I’ll have to come back to this post and add it in or explain why it didn’t make the cut.

Do you watch How I Met Your Mother? If so, which episodes stand out as your favorites? If not, seriously drop everything and watch the first episode right now!