Somehow, even though last week only had 4 work days, it felt like a really long week. How does that work? By Thursday night, TJ and I were in a bit of a funk, so on Friday night we decided to treat ourselves to dinner out at a restaurant we’ve never been to, and a night at a local hotel. It was exactly what we needed, and by the time we checked out of the hotel on Saturday afternoon, we felt completely recharged. The best part? We booked the hotel through Hotels.com, and got a ridiculous deal for a really nice suite!

Sunday was the first Steelers game of the season, but unfortunately, we had a horrible game, with several crucial injuries. It’s going to be a long, hard season, but I’m eternally optimistic about my team. Even though this first game was rough to watch, I’m still really excited to watch the rest of the season. Here’s hoping for some kind of miraculous turnaround next week. 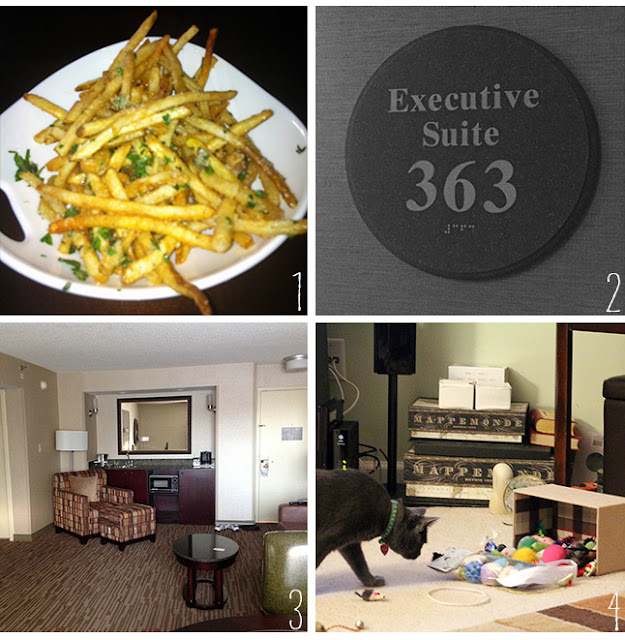 1. Truffle fries from Yard House on Friday night. Um, it’s safe to say that I want truffle oil on everything now.
2. We felt pretty special seeing “Executive Suite” outside our hotel room!
3. The living room section of our room – it was such a nice place and the deal just made it even better.
4. Riley waltzed right over to the end table where we keep the cat toy tote, stood up on her hind legs, and pulled it to the ground. I guess she really wanted to play! 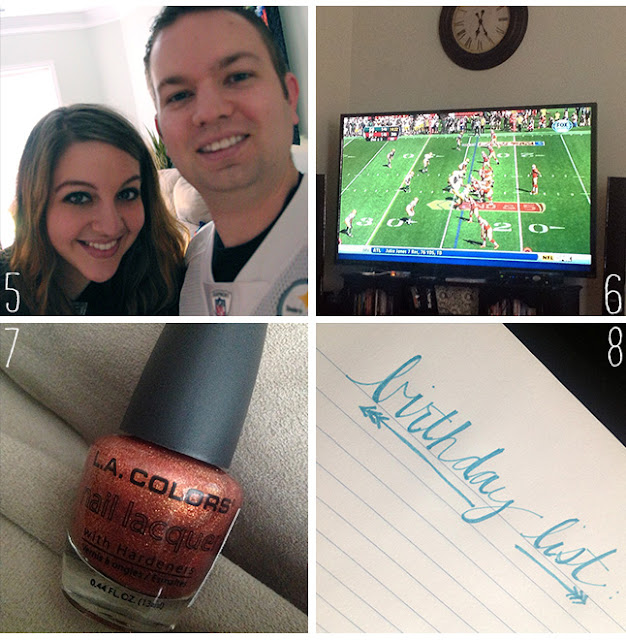 5. Game day picture! Those smiles were pretty much nonexistent after the game.
6. After watching the Steelers lose, we came home to watch football for the rest of the night, and I wouldn’t have it any other way.
7. Even though it’s not technically fall yet, I can’t wait to start wearing fall nail polish. I mean, doesn’t this color look just like a pumpkin spice latte for your nails?
8. My birthday is next month, and my mom has been asking me to make a list for the last few weeks. I finally sat down to work on it this weekend. Only child = spoiled well into your twenties, and it’s awesome.

Linking up with Sami, as always!