I’ve teased this story before, and several (read: 2) people said that they wanted to hear the story. Who am I to keep the people from getting what they want?

And so, the time has come for me to tell you the story of how a maxi dress broke my nose. There are pictures below, and a couple of them show a little blood. Nothing too graphic, but just wanted to warn ya in case you can’t handle seeing that kind of thing.

First things first: I’ll admit that I’ve never had a small nose, but it was always pretty straight. 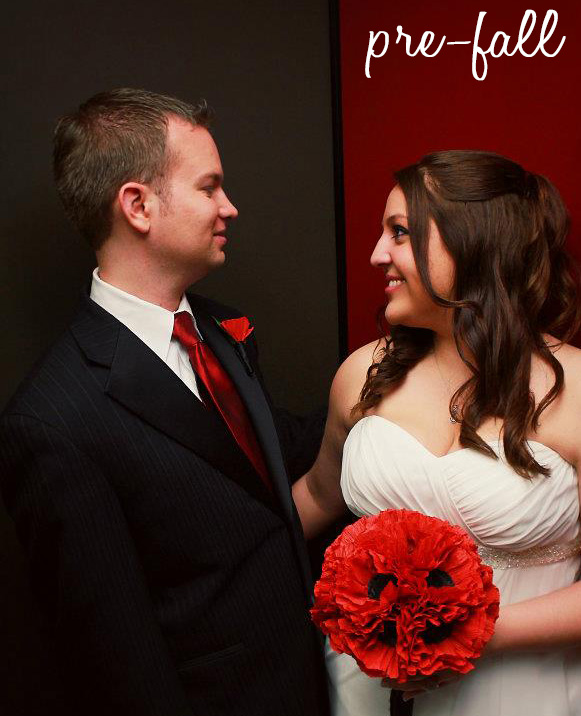 Now, let me set the scene for you…

It was the Friday before Memorial Day 2012, and TJ and I had been married for exactly 1 month and 5 days. It had been a long and incredibly stressful week at work, and the promise of a 3-day weekend had us feeling on top of the world. After work, we stopped by my parents’ house to show them TJ’s laptop, because they were interested in buying it. Then, TJ and I decided to go out to dinner to try a new Mexican restaurant.

When we got to the restaurant, TJ parked the car and got out, while I grabbed his laptop so I could put it in the trunk while we ate. Crucial mistake, my friends.

When I stood up to get out of the car, somehow the bottom of my dress got caught underneath my seat, but since the dress was made of stretchy material, I didn’t notice until I was out of the car, and had already taken a few steps. By the time the dress stretched to its max, I was mid-step, and the next thing I know, I was falling face down, unable to put my hands out in front of me because I was holding TJ’s laptop. At some point, the laptop went flying across the parking lot, and I tried to get my hands down to catch me in time.

I did get my hands down to the asphalt (permanently bending my new wedding band), but not before my nose smashed into the pavement. I remember my new husband, completely confused by what was happening, looking down at me, and just saying, “Oh, Ashley. Oh no.” By then, I was just fully realizing what was happening, and I was swiping my tongue over my teeth to make sure none were missing. TJ grabbed me a beach towel that was in the trunk of the car, and ran into the restaurant to get me some ice, but they told him that they couldn’t give it to him, because it would be considered “administering first aid”, and they legally couldn’t do that. He was not happy, and he ran back outside to me, and rushed me to the nearest hospital. 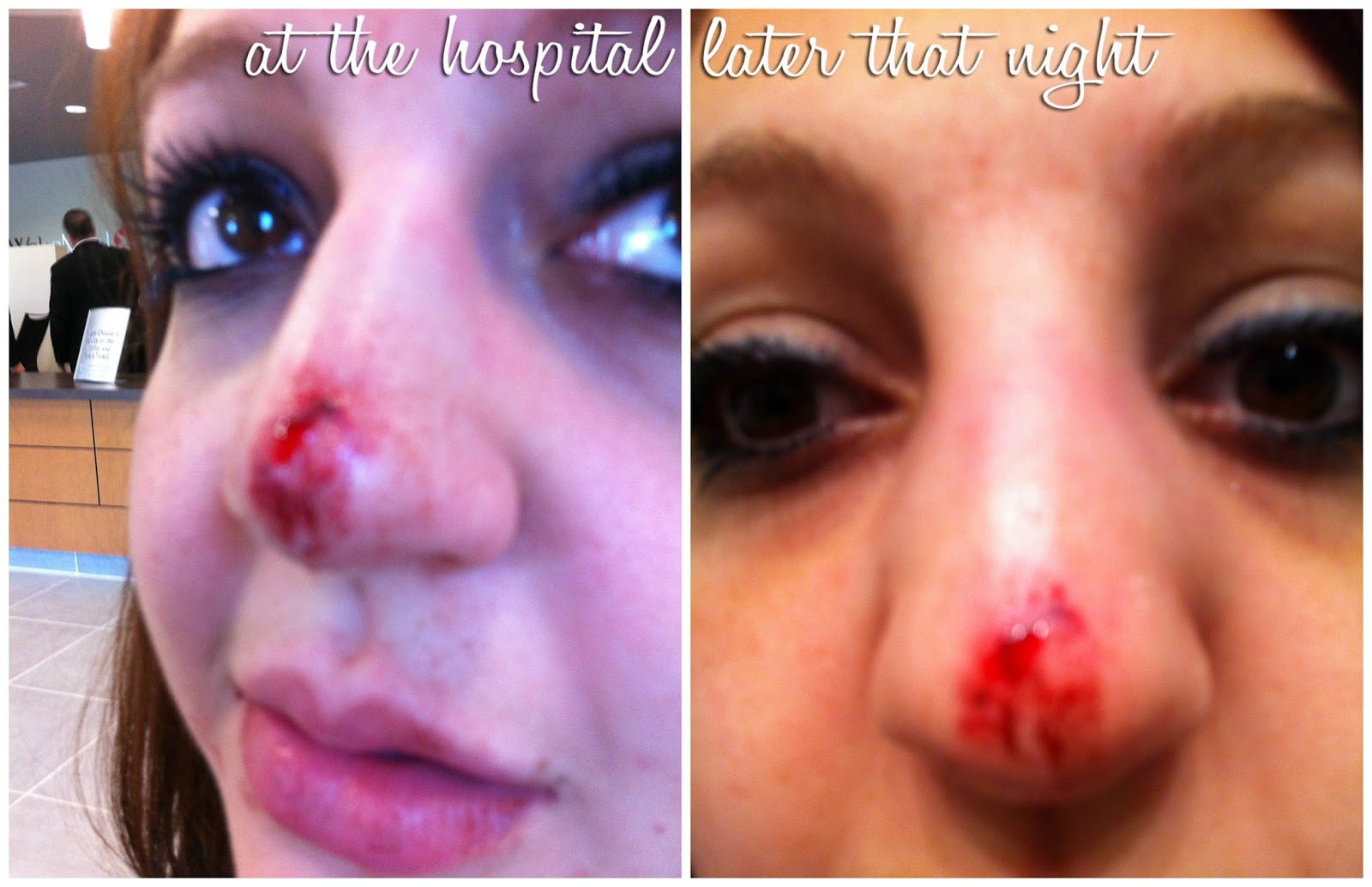 Needless to say, we didn’t get to try that Mexican restaurant, so TJ ended up grabbing us some Cheez-its while we waited to see the doctor. I remember joking with him that I didn’t wait very long to test out the “in sickness and in health” aspect of our wedding vows.

That 3-day weekend wasn’t anything that we had imagined it would be, but I have to say, it wasn’t totally horrible either. We spent the entire weekend cuddling on the couch watching movies and TV shows, laughing as my face drastically changed shape and size as the weekend went on.

So guys, watch out for maxi dresses – they’re cute, but sneaky. The more you know. 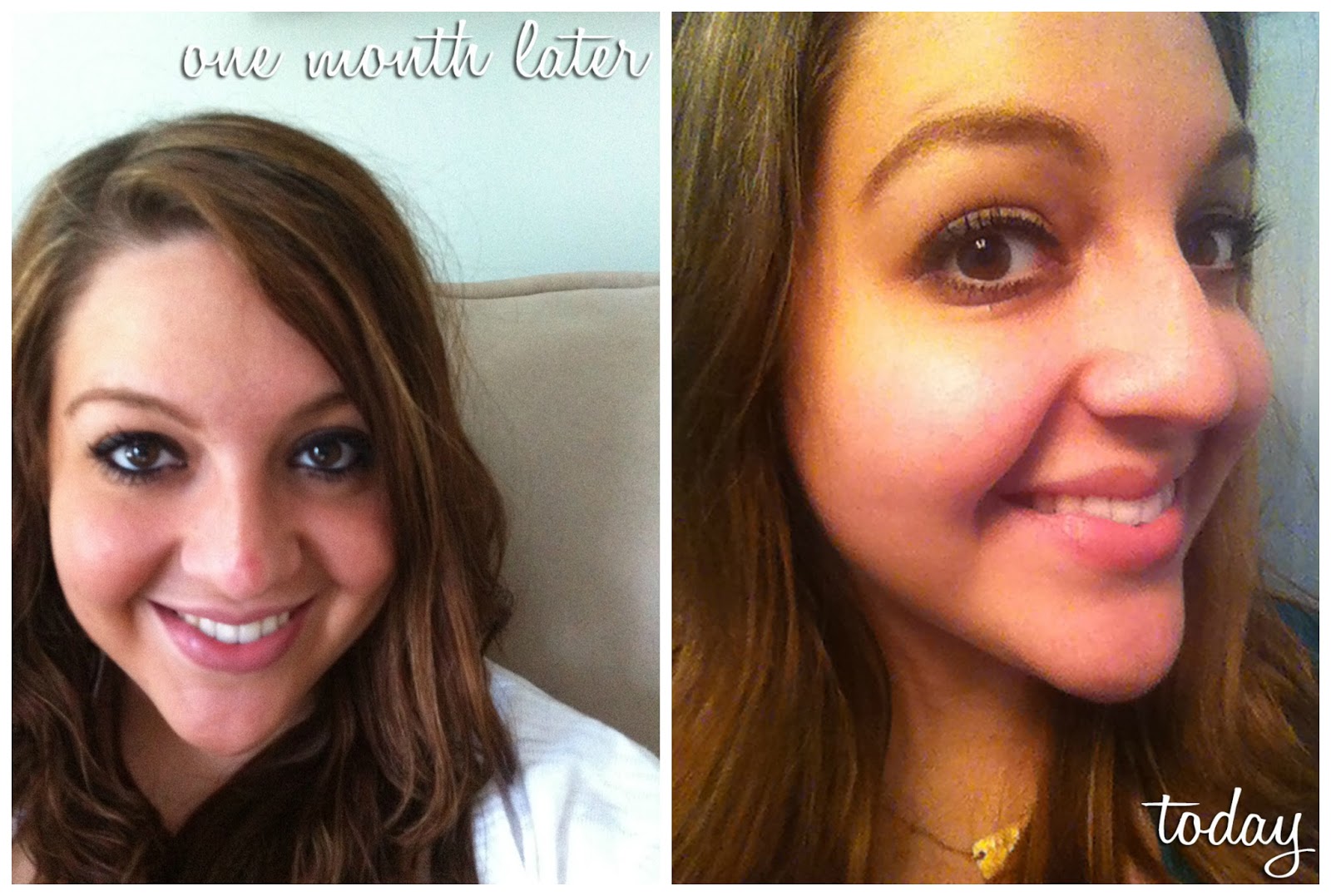 Today, the scar at the tip is pretty much gone, and now I have a little bump in the bridge of my nose
Share on: