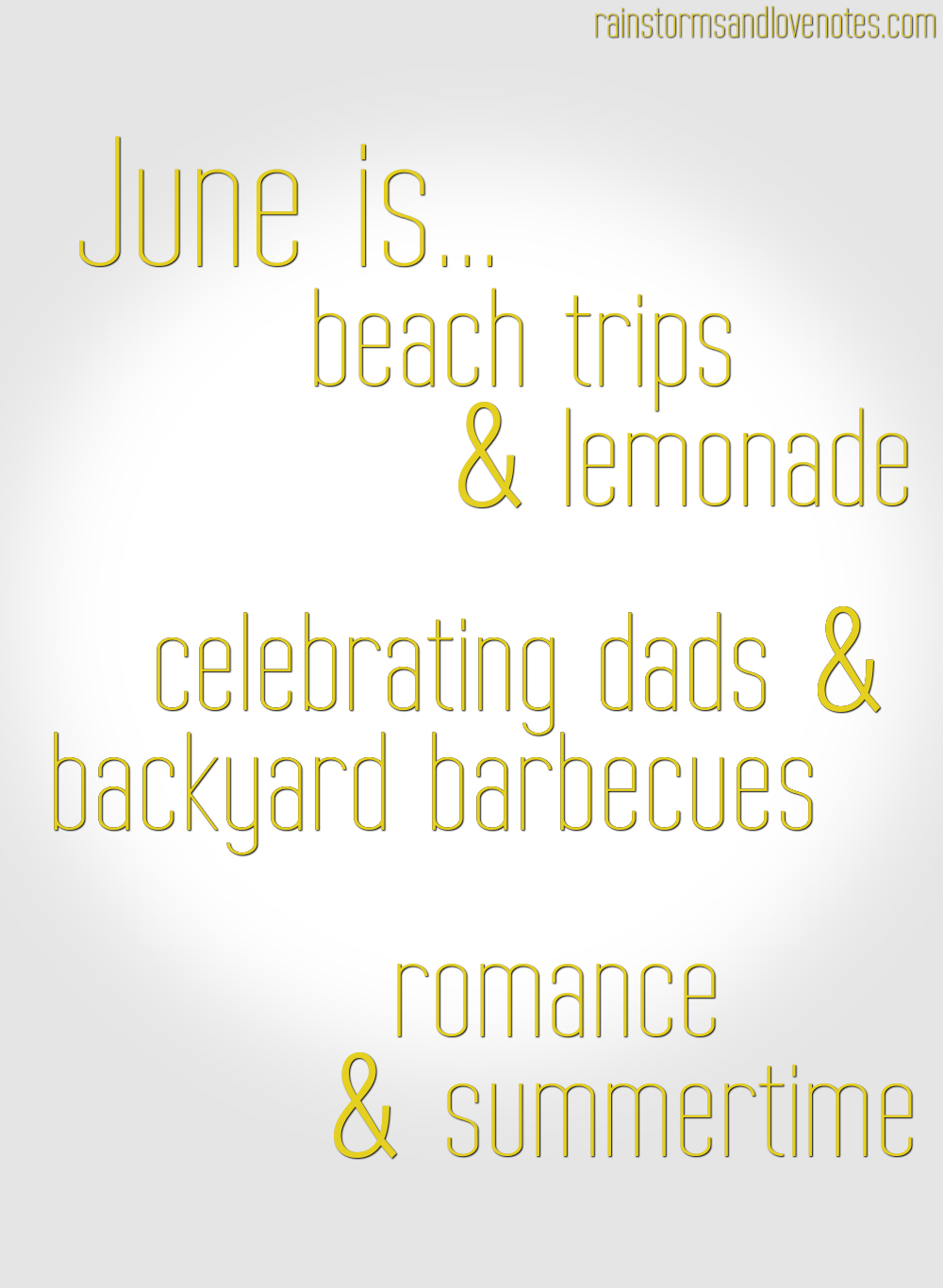 It’s June – cue my utter disbelief that we’re already this far into the year! It’s no secret that summer is not my favorite time of the year, but there is something fun about the carefree attitude that everyone seems to adopt during the month of June. It reminds me of being back in school, not having a care in the world when summer break would hit. Sadly those days are gone, but the easygoing feeling remains, and that’s something that I plan to completely embrace over these next few weeks.
Things I’m looking forward to in June:
-Celebrating our dads on Father’s Day
-Taking a cooking class as part of a belated anniversary celebration
-Going on picnics
-Enjoying motorcycle rides on little day trips around town
quotable:

“If a June night could talk, it would probably boast it invented romance.” Bernard Williams 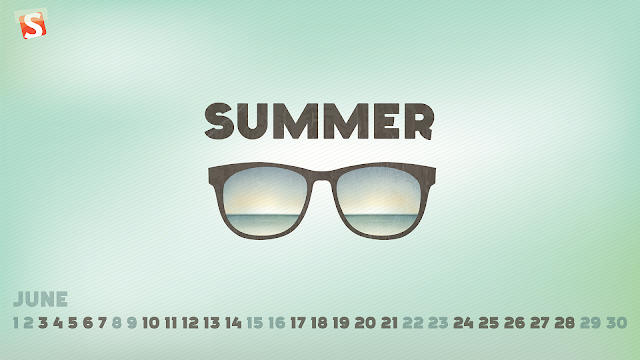 Get it here
tune:
“June Hymn” The Decemberists