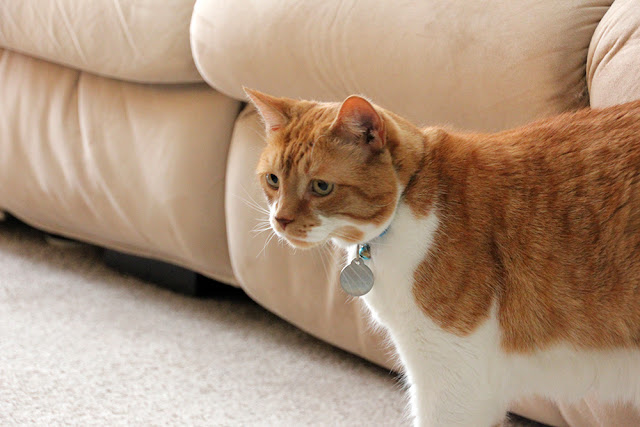 So, I mentioned on Monday that we added a new cat to our little family over the weekend, and we’ve been having so much fun with her. But, I’m going to be real – adding a 1 year old cat to a house with two 9 year old cats who have been together most of their lives isn’t easy. This week has me totally drained, and it’s only Wednesday. We’ve had to split our time between different parts of the house, sectioned off to keep them separated. We’ve been waking up a few times each night to a little cat who wants to play at 4am. We’ve barely had any time to devote to our poor, neglected DVR. This is first world problems to the max, you guys.

Side note – I honestly don’t know how people with kids keep their sanity. This is just so much easier than having kids, and yet I still feel wiped out.

Also, who knew that there is a whole process for integrating new cats with old ones?? I certainly didn’t, until I started googling stuff like crazy. Little by little we’ve been introducing Owen and Taby to Riley, and it’s while it’s getting better, it seems like we still have several more days of keeping them mostly separated.

All right, all right, I’m being a little dramatic, but it’s really not as easy as one might think. Any day now I’m expecting a call from Bravo to sign us up for the summer’s hottest new reality show, “The Real Cat Lives of Wake County”.

Here’s how it’s been going so far…

Owen mostly watches from a distance 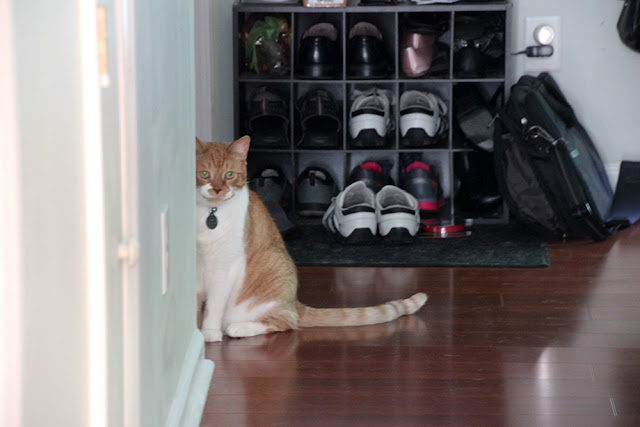 And then reports back to Taby, who is comfortably perched at the top of the stairs. 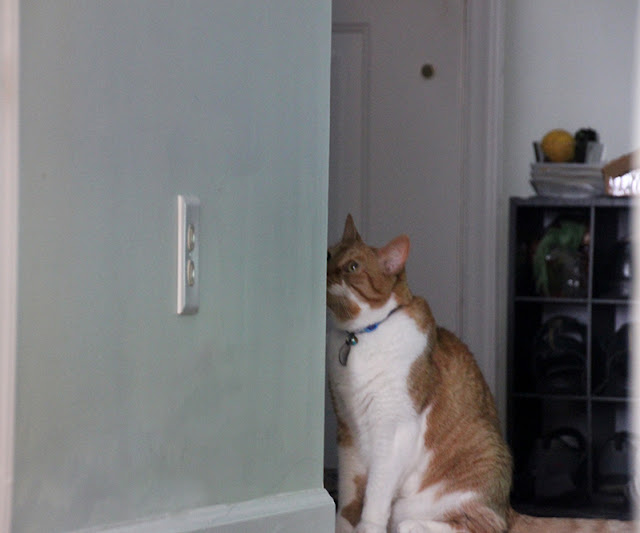 Then they get bold and start to approach – I promptly forget how to take a non-blurry picture. 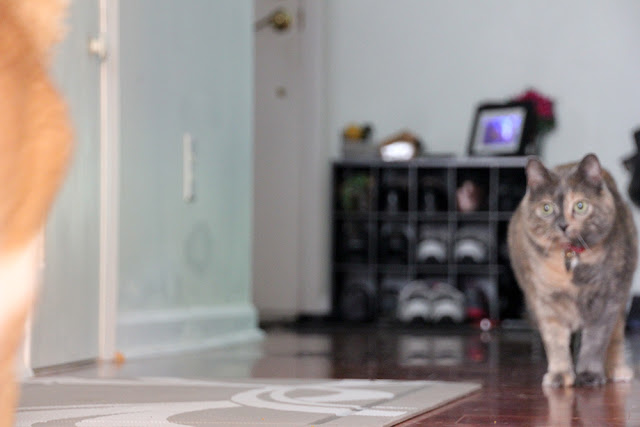 Once they get close, they second guess their decision. 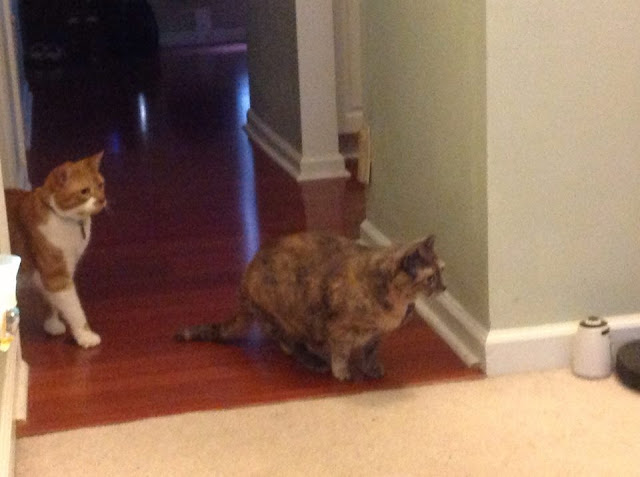 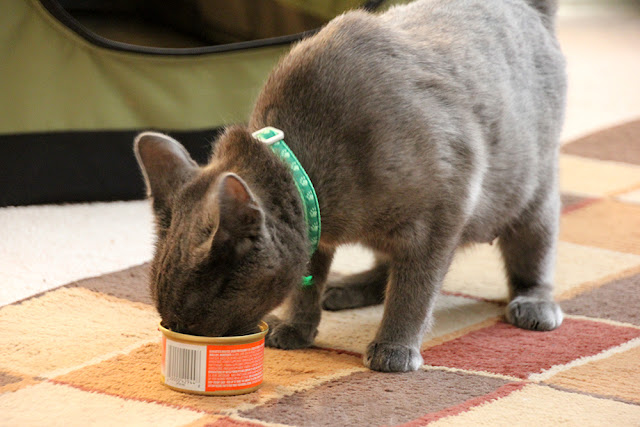 Not a care in the world, while Owen and Taby feel like their whole world is collapsing in on them.

We’ll get through it soon though, and then everyone will be best buds. Until then, I’ll be chronicling the drama in preparation for that Bravo phone call…