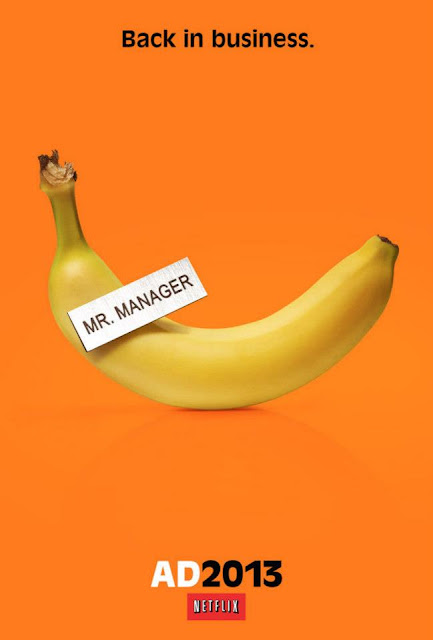 Source
As I’ve maybe briefly mentioned once or twice, I’m kind of a tiny bit excited about the release of Arrested Development Season 4 in 4 DAYS (!!!). To celebrate the momentous occasion, I wanted to take the time to revisit 5 of my favorite episodes from the first 3 seasons. Everyone wearing their cut-offs? Great, let’s get to this.

Episode:
Pier Pressure
Synopsis:
Michael suspects that George Michael has been smoking marijuana, so he enlists the help of a one-armed man to teach his son a lesson.
Quotable:
Michael: Your Uncle Gob seems to think that he saw you down at the docks today. Was that you?
George Michael: No. No. Maybe it was the other George Michael. You know, the singer-songwriter.
Michael: Yeah, that makes sense.
Why I love it: J. Walter Weatherman is always fantastic.

Episode:
Good Grief
Synopsis:
George Sr is declared dead in Mexico, so the family holds a wake for him. Poor George Michael gets dumped by Ann (her?).
Quotable:
George Michael: That’s my ex-girlfriend, Ann. Her face will be forever etched in my mind.
George Sr.: Her?
George Michael: She’s really funny.
George Sr.: Well, let’s hope so.
Why I love it: Gob’s magic show at the wake, Buster’s uniform, George Michael’s Charlie Brown walk (below).

Source
Episode: The Immaculate Election
Synopsis: At his girlfriend’s suggestion, George Michael decides to run for class president. He soon finds out that it won’t be easy running against his rival, Steve Holt.
Quotable:
Gob: What’s this? A stuffy office meeting? Perhaps it’s time for some Office Magic.
Ron Michaelson: But what’s Office Magic?
Gob: Sometimes it’s as simple as turning 10:30 in the morning into… lunch time!
Ron Michaelson: Why does lunch have to be so dull?
Gob: Perhaps you’d like some chicken!
[he rips open a bag and a dead dove flies out]
Gob: Cut!
Why I love it: The campaign videos, Gob’s Office Magic video, the revelation about Steve Holt’s father, and most of all Mrs. Featherbottom.

Season 3:
Episode: S.O.B.s (Save Our Bluths)
Synopsis: George Sr suggests holding a fundraiser as a final effort to save the family and raising money for their legal fees.
Quotable:
Michael: So, what’s going on with the fundraiser?
George Sr.: Well, I don’t think the Home Builders Organization is gonna be supporting us.
Michael: Yeah, the HBO’s not gonna want us. What do we do now?
George Sr.: Well, I think it’s “Show Time.” I think we have to have a show during dinner.
Why I love it: The constant references to what was happening to the show in real life, all of the over-the-top gimmicks like a 3D scene, the death of a character, and a live portion of the show. Also, Hot ham water. There you have it.

Fellow AD addicts fans, what are your favorite episodes?