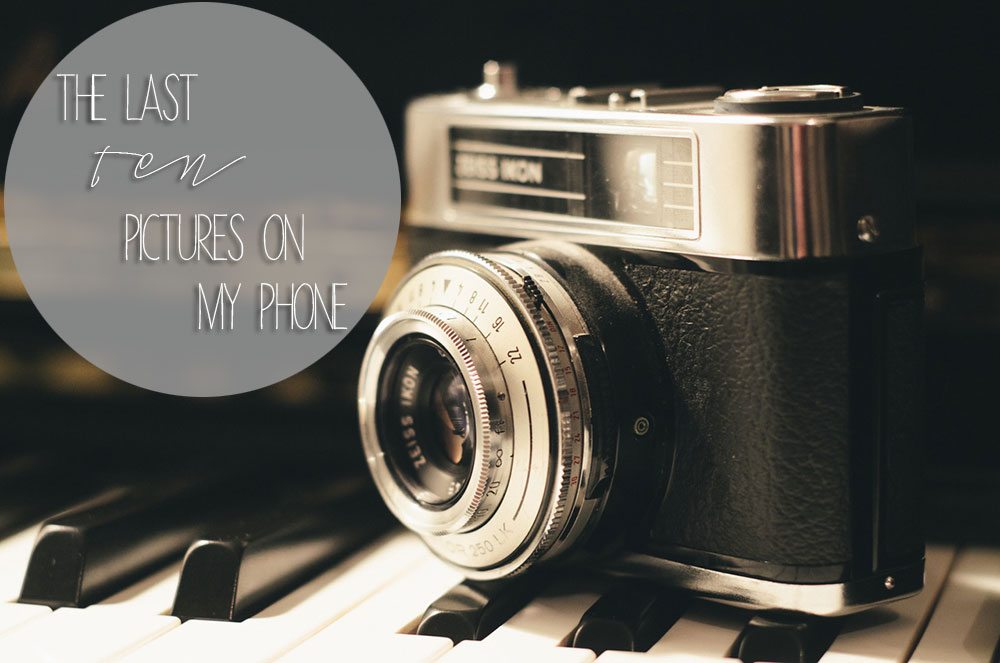 A few months ago, Kay wrote one of the best blog posts of ALL TIME when she gave us all 36 awesome post ideas. I’ve had her list saved since then, and I kind of have a personal goal to do them all at some point, starting today! I’m sharing the 10 last pictures on my phone (kind of). I skipped over any duplicates, and anything that’s already been on the blog or Instagram or that will be on the blog later this week, because that would be boring. Some of them are a little embarrassing (TJ’s bathroom makes an appearance) (and yes, TJ and I have our own bathrooms, because that is what makes a marriage work – for real!), and some are dumb. But mostly, they’re all of our cats, because our lives revolve around them.

More than anything, I think this shows that even though I have an incredibly amazing handheld device that can do almost anything, I mostly just use it to take dumb pictures. Technology is wild, man.

1. Owen kept walking all over my desk a few days ago, meowing right in my face, and making it hard to work. Naturally, I gave up and took this picture to send to TJ instead. 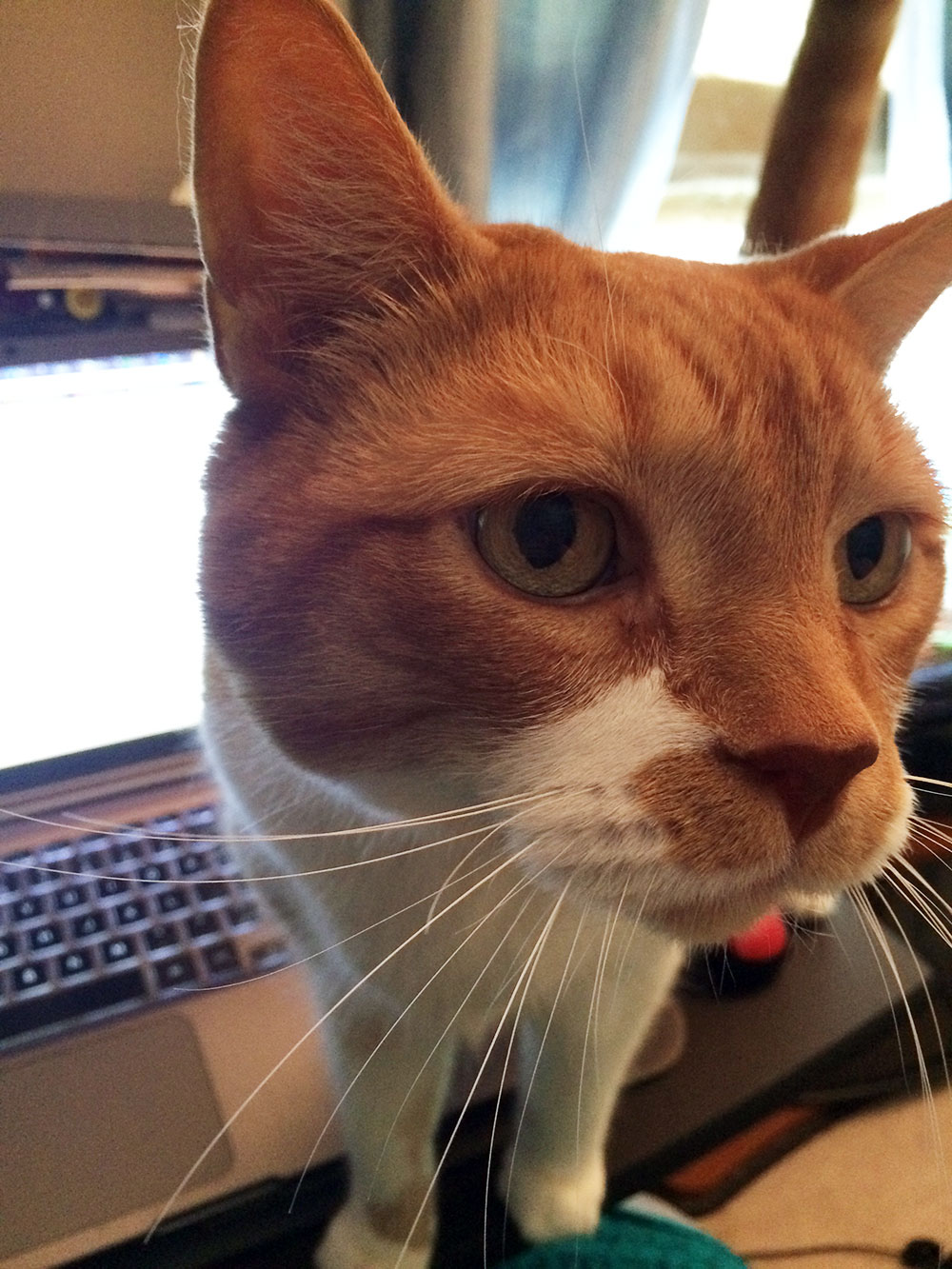 2. TJ and I went on a bike ride, and since it had been a while, we took a picture. Shout out to the cat hair on TJ’s shirt. Our life is FAR from glamorous. 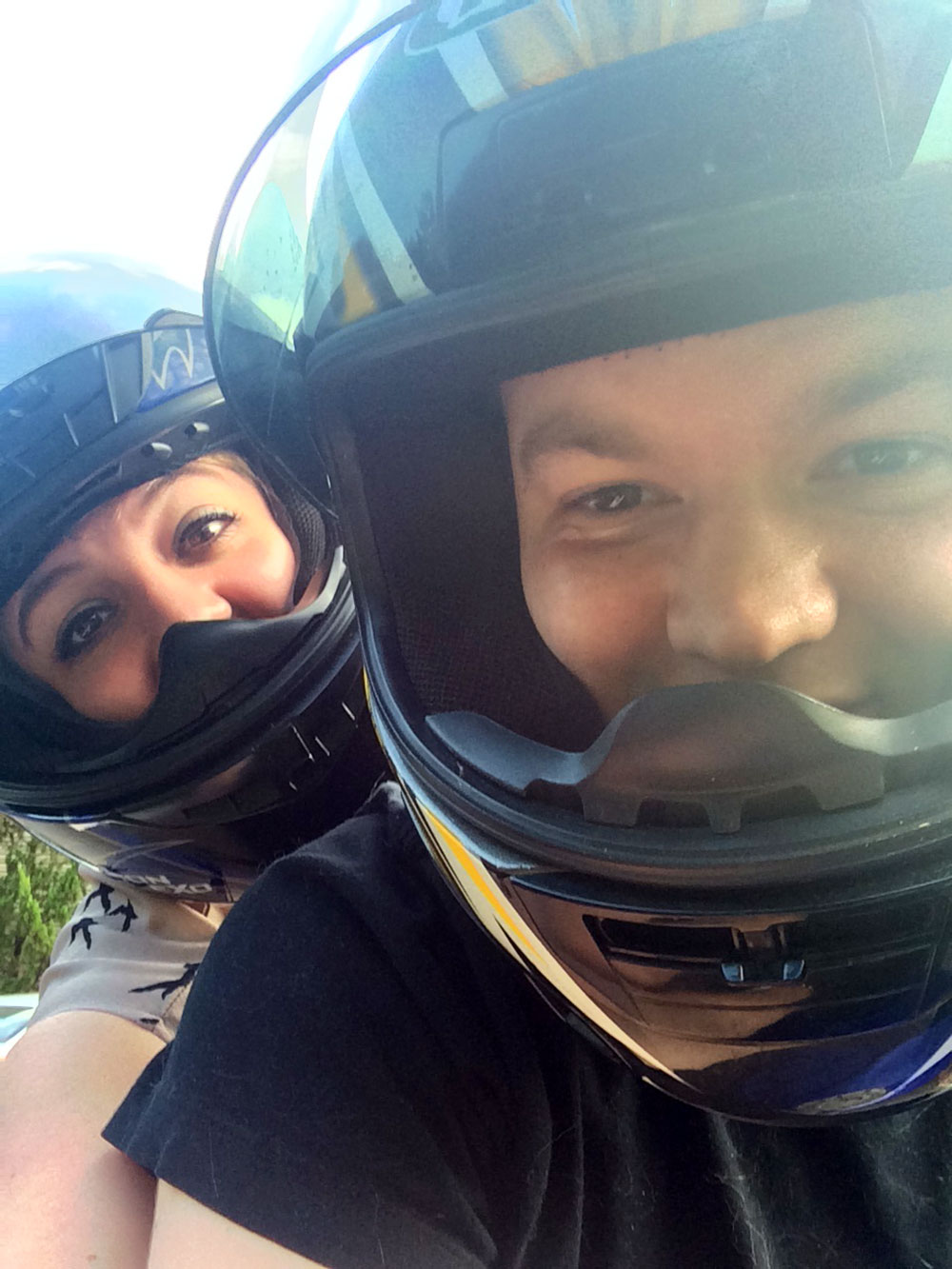 3. I got that little “Pink” dog free with a purchase a few years ago, and it’s kind of just laid around since then. When Owen used it as a pillow, I couldn’t help but document it. 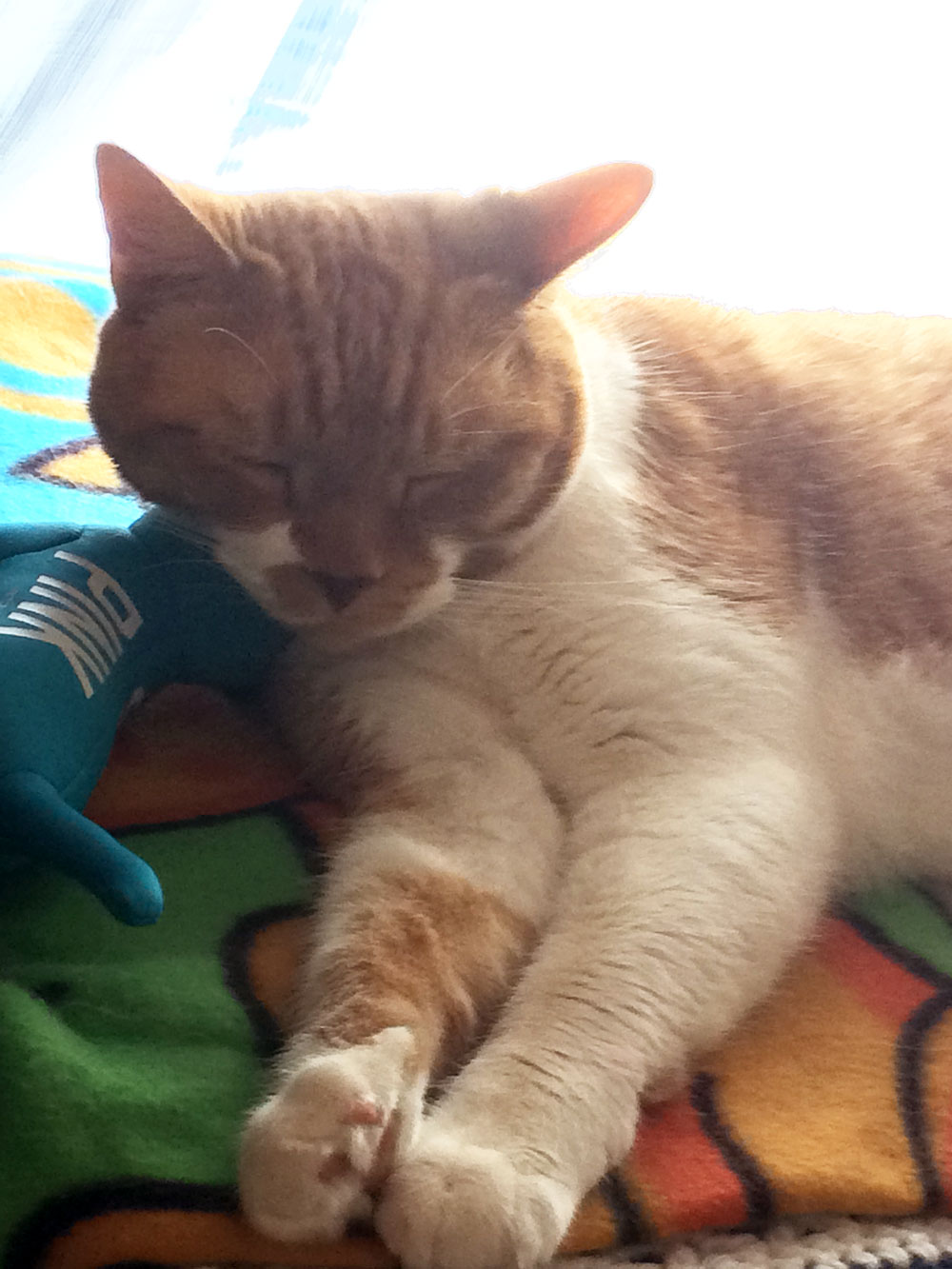 4. Riley crawled into TJ’s office chair while he was gone one day, so I texted him to say that she was taking over as the boss for the day. Seriously, this is thrilling stuff. 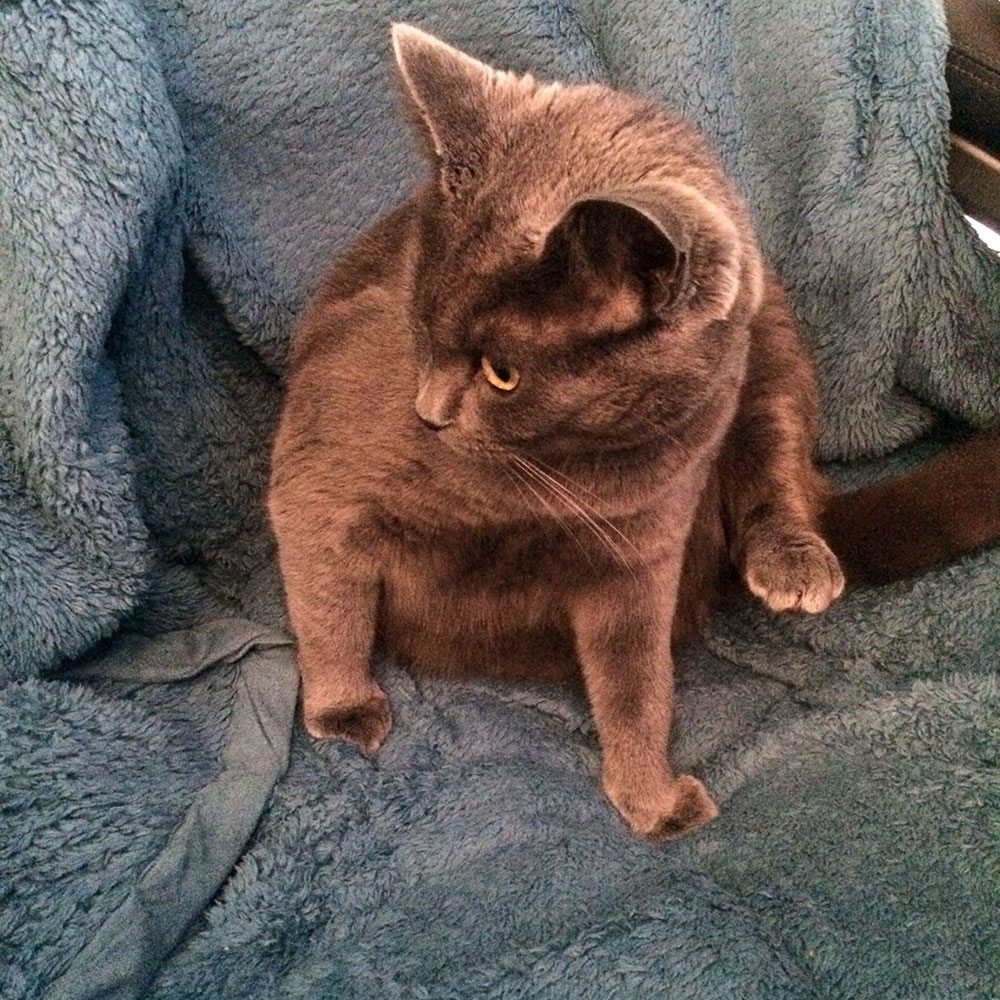 5. A card I wrote for TJ, because he’s been extra awesome lately. 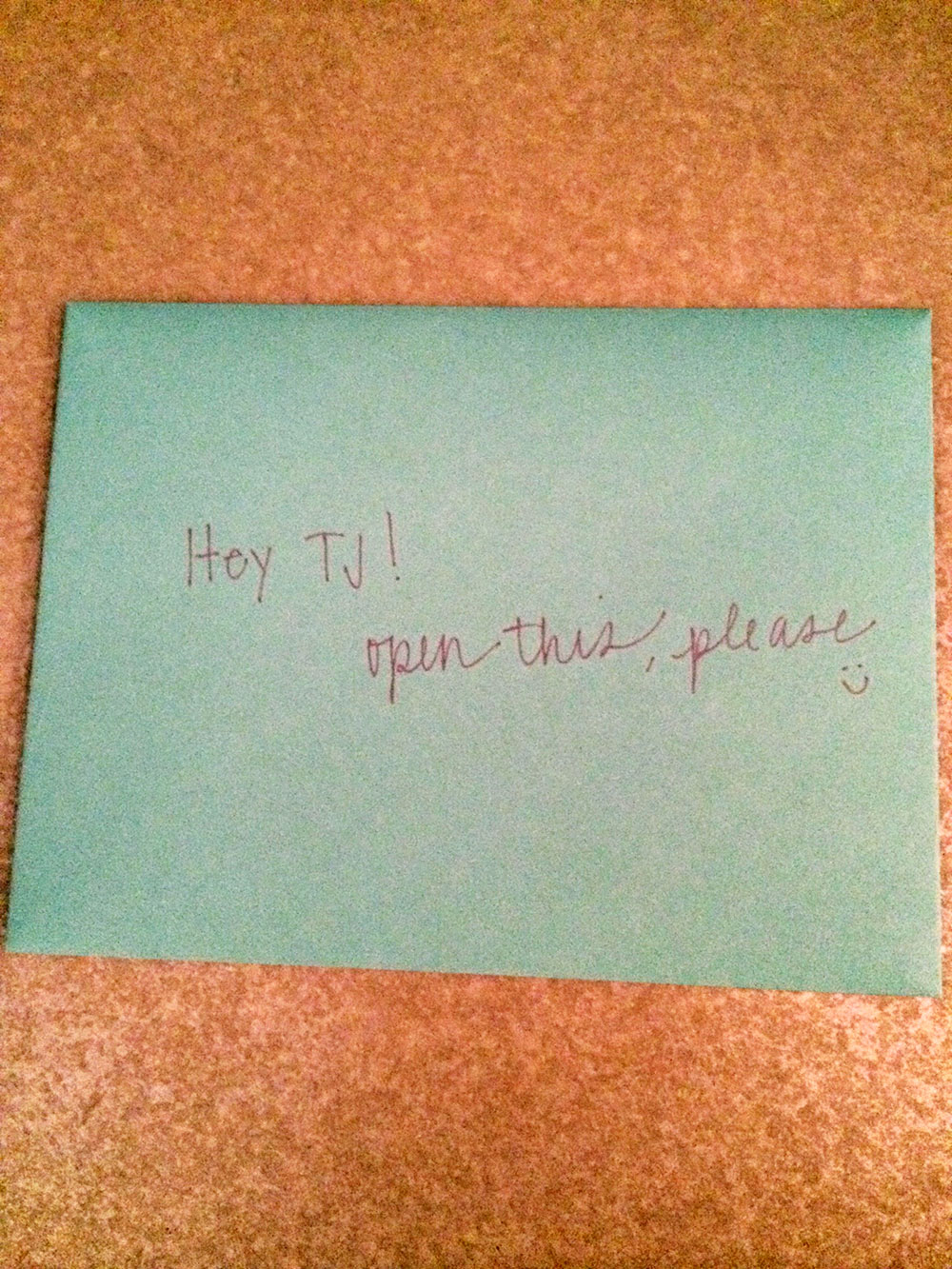 6. Owen finds the most random places to relax, like between TJ’s shoes and a box. I guess the mini tennis ball really wore him out. 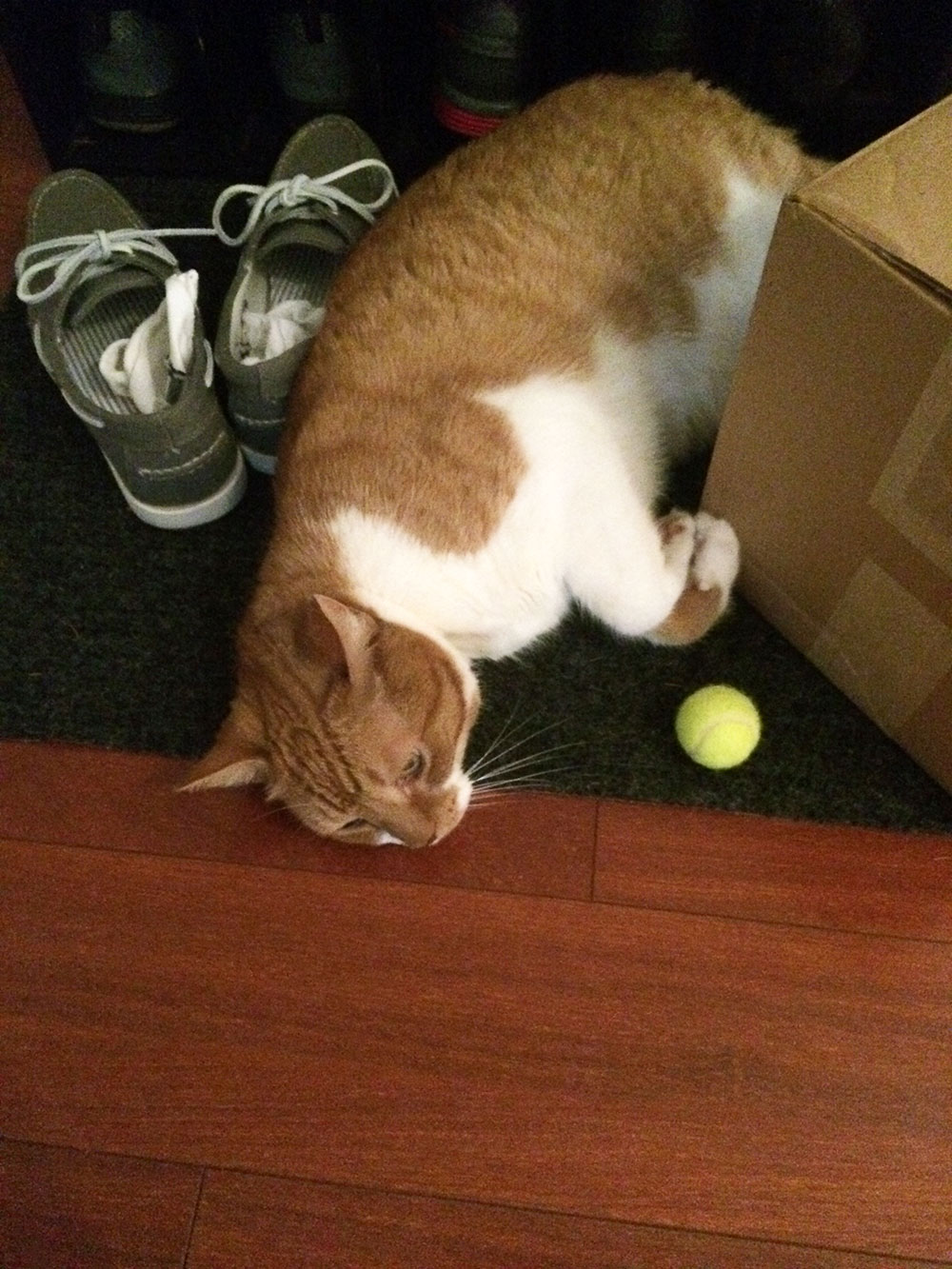 7. A selfie. No shame. (But why did I hold the phone so high?!?) I ended up taking another one that looks better, but it’s more fun to post the ridiculous one, right? 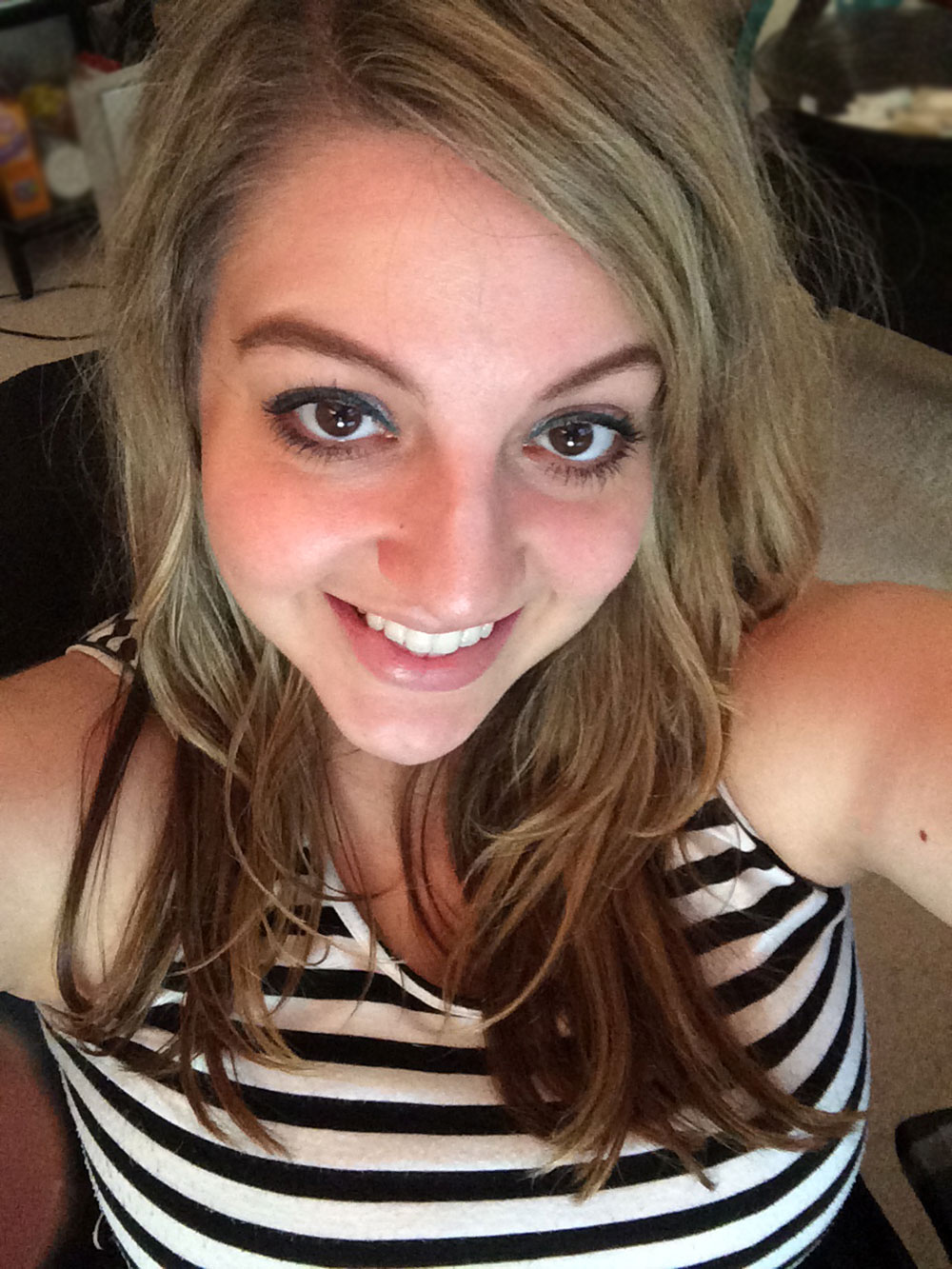 8. Riley’s new random spot to hang out is right here in TJ’s bathroom. If we haven’t seen her for a bit, chances are, she’s there, but only during the morning/early afternoon. She’s weird, but we love her. 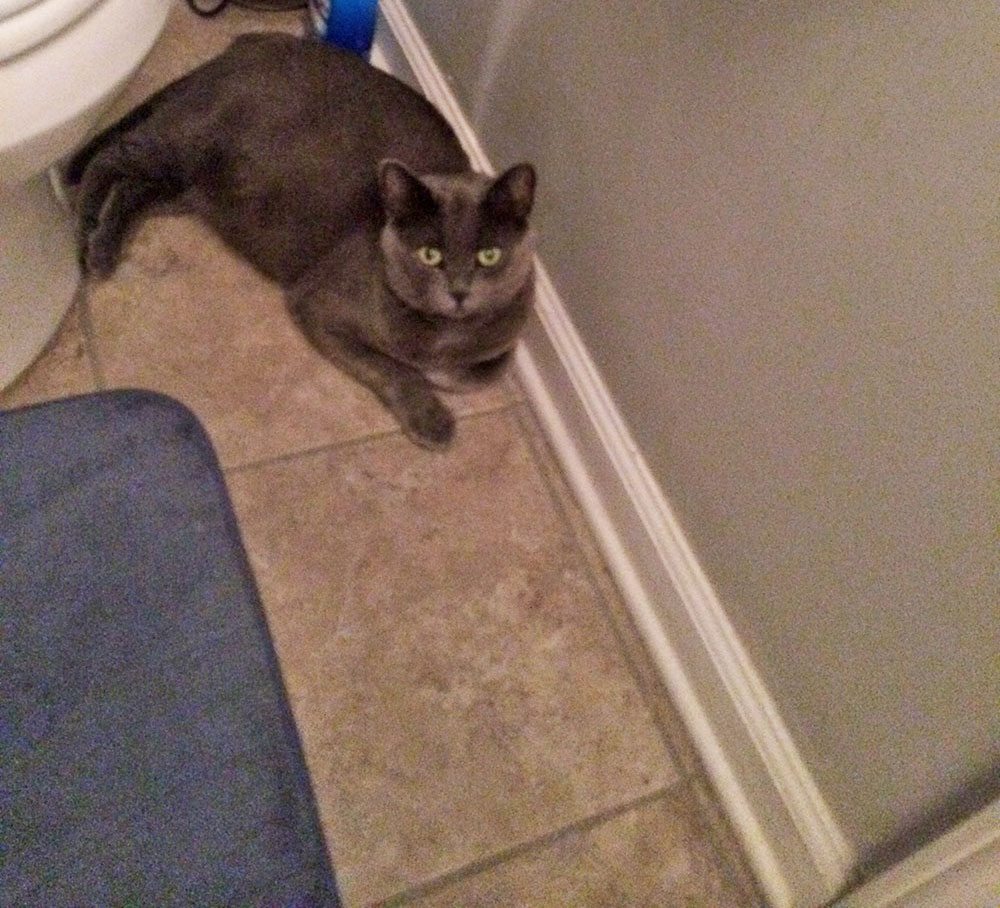 9. Taby looks simultaneously relaxed and aggravated that I’m taking her picture. She’s probably wondering if she’ll ever get paid for all of these modeling shots. 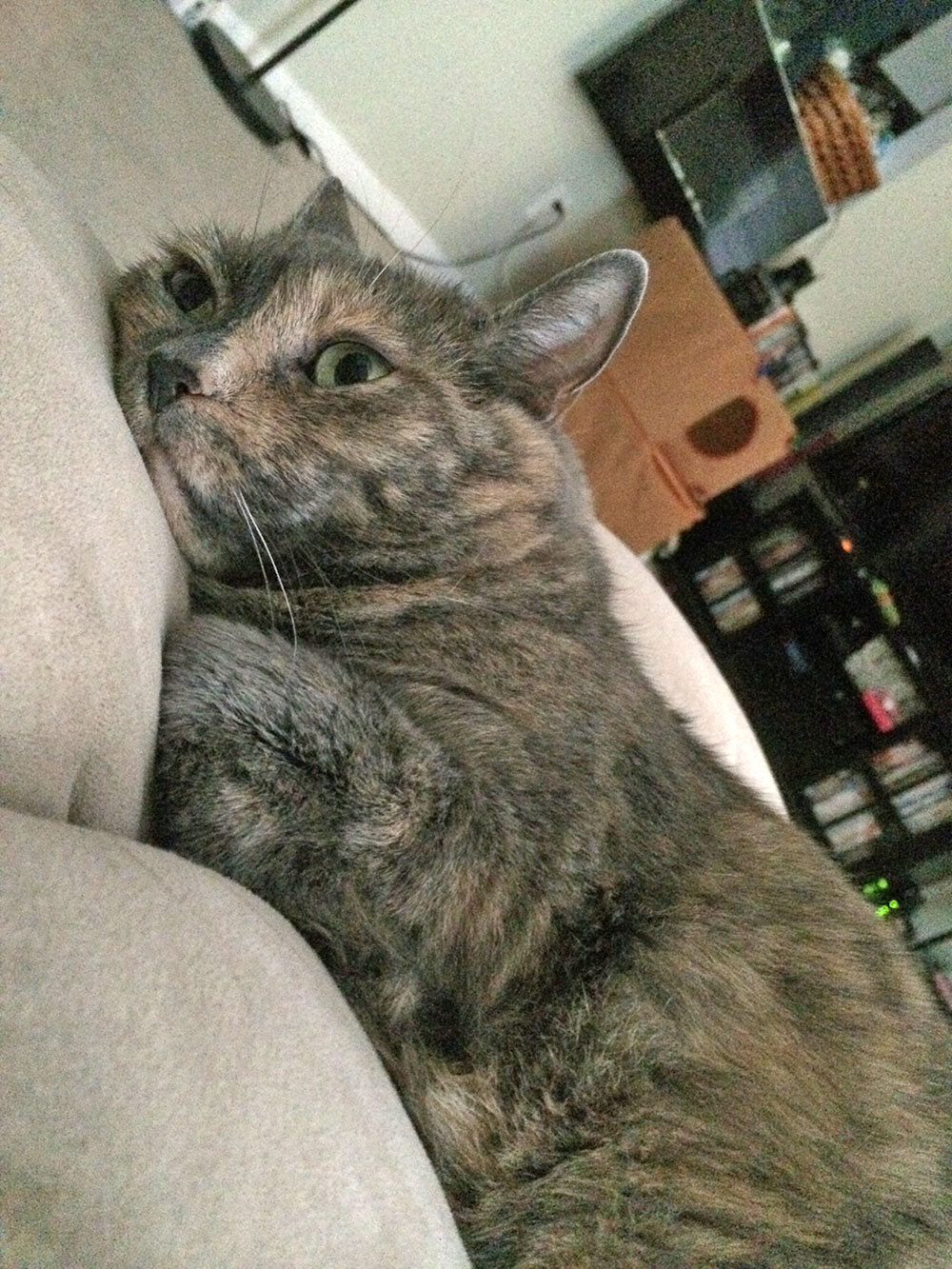 10. The Father’s Day gift that I made for my dad, because he has always taught me the importance of seeing the world. 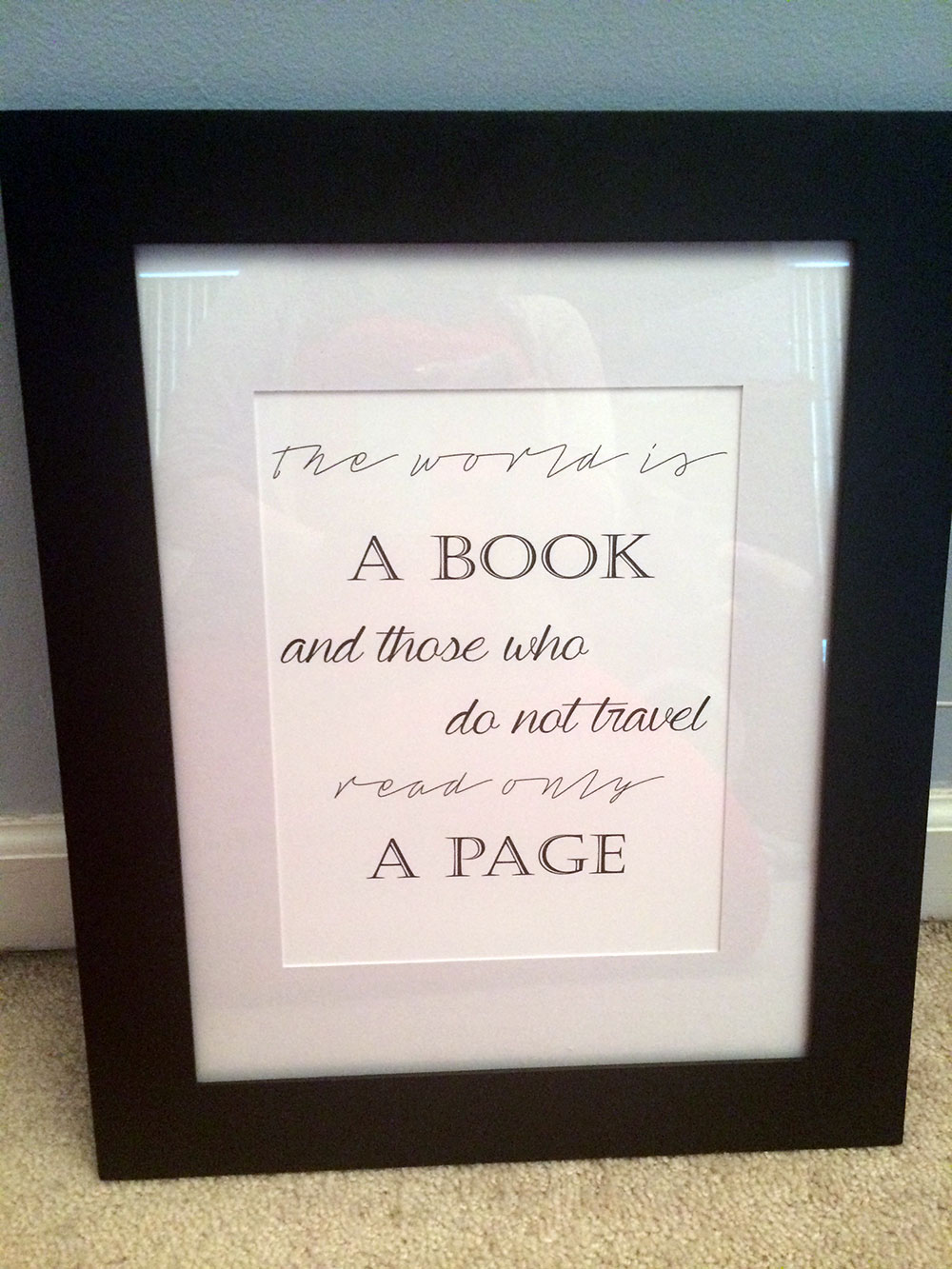 What are some of the recent random pictures on your phone? Have you done a post like this? Leave me a link! Also, go tell Kay how awesome she is.