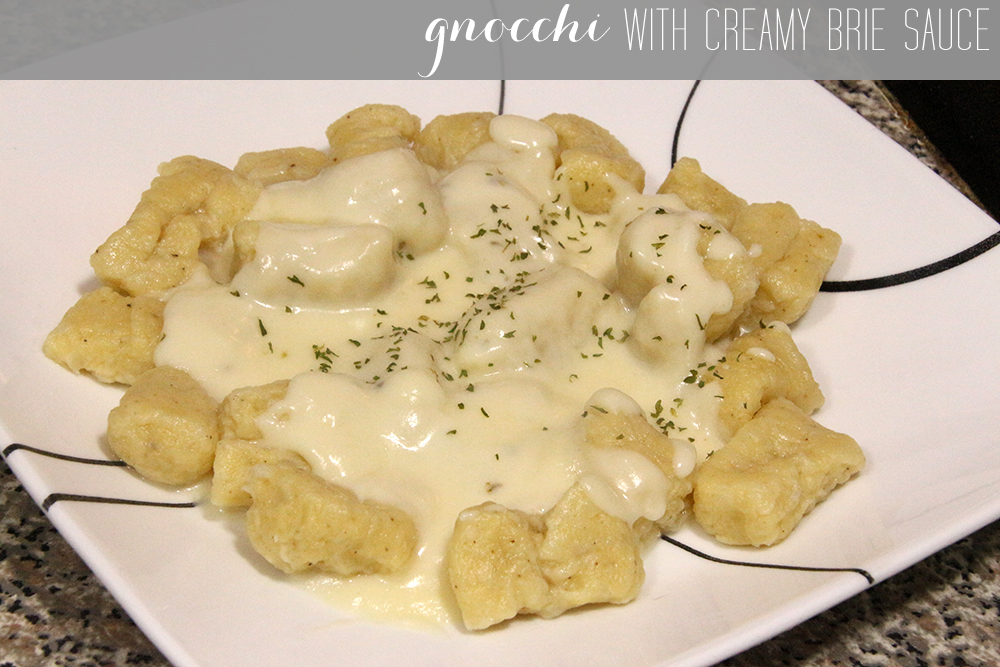 This recipe really has no relation to New Year’s Eve. Unless maybe one of your 2014 resolutions is to cook at home more? If so, then please, please, please start with this recipe.

Here’s the story behind this dish: about a month ago, we had dinner at this restaurant called Piola, and I had the most amazing meal of all time. It was delicious gnocchi covered in a creamy four cheese sauce, and I literally savored every single bite, both the night I ordered it, and the next day when I finished off the leftovers. From the very moment that I finished the last bite, I knew that I had to try making it at home, because it was just so incredible.

Making gnocchi has always seemed a little intimidating to me, but now that I’ve done it, I can tell you, it’s not that hard. It’s definitely a little time consuming, but not hard. However, if you want to make it a little easier on yourselves, you can totally buy pre-made gnocchi and I won’t tell anyone. But please make the sauce, because it’s insane. I just kind of winged it when I was putting the sauce together – a little of this and a little of that until it tasted just right, writing the recipe down as I went. I don’t make a lot of recipes from scratch – I usually use a guide and tweak as necessary – but I have to say, coming up with something from scratch and having it turn out as delicious as you hoped it’d be in your head is a pretty cool feeling!

instructions:
Sprinkle a baking sheet with coarse salt and arrange the potatoes on top. 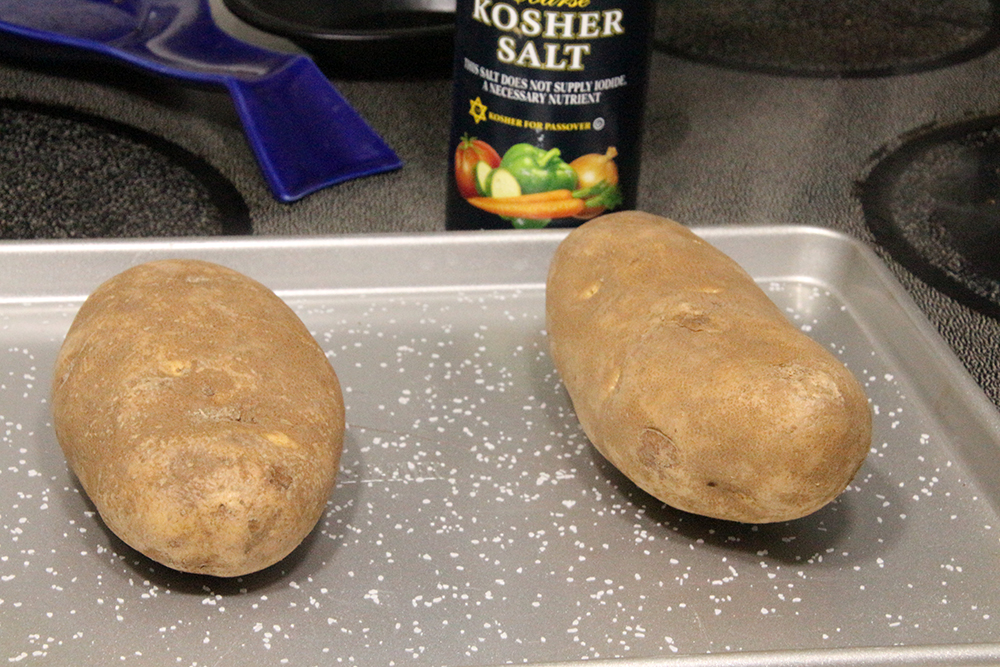 Bake at 425 for about 45 minutes, or until slightly overcooked. Let the potatoes stand until cool enough to handle, or about 10 minutes. Slice the potatoes in half and remove the skin, leaving the potato intact. I found that the skin was easy to just pull off. 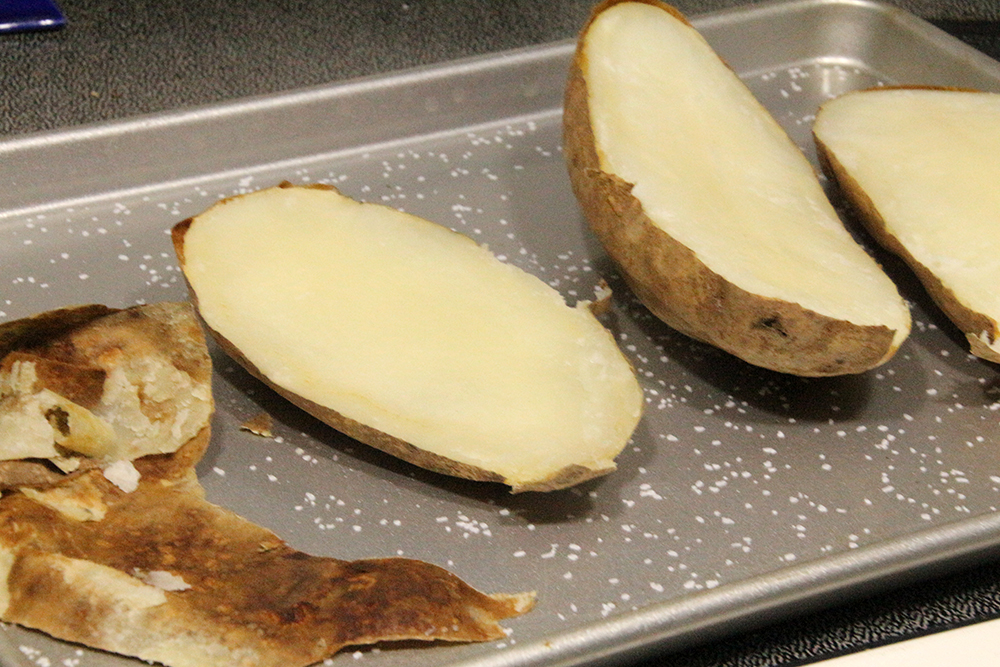 Grate the potatoes into a bowl using the large holes of a cheese grater. 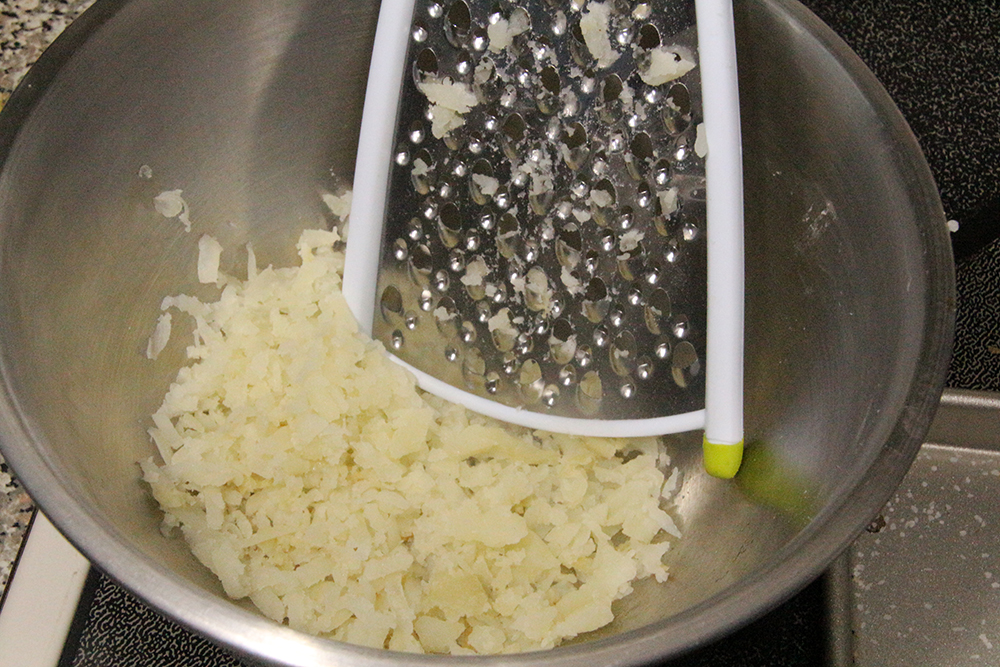 Place the potatoes in a mound on a flat surface, leaving a well in the center. 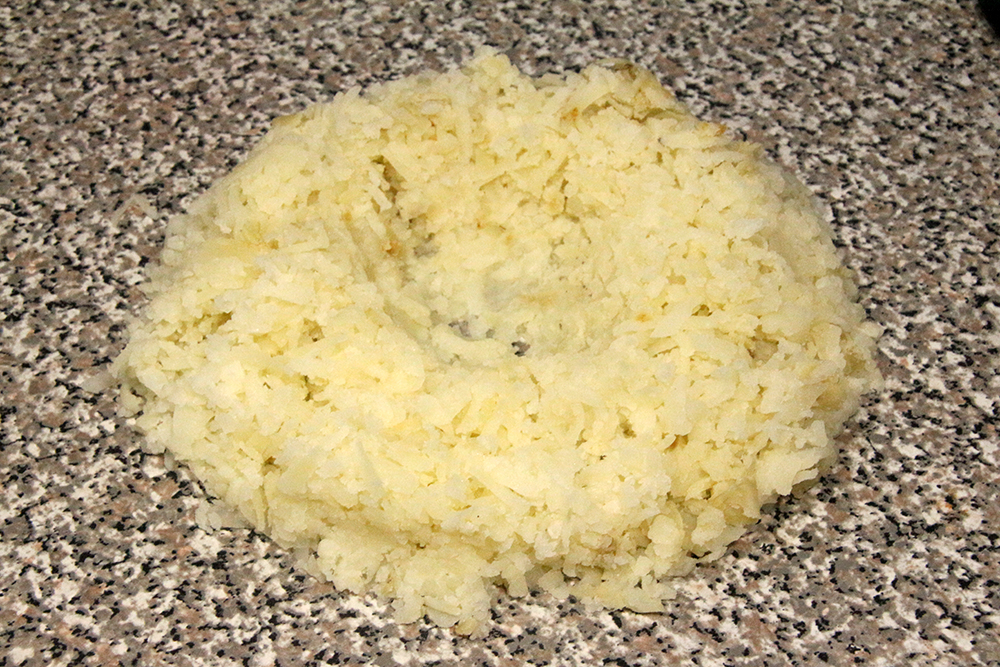 Add the egg yolks, cheese, nutmeg, salt, and pepper in the center of the mound. 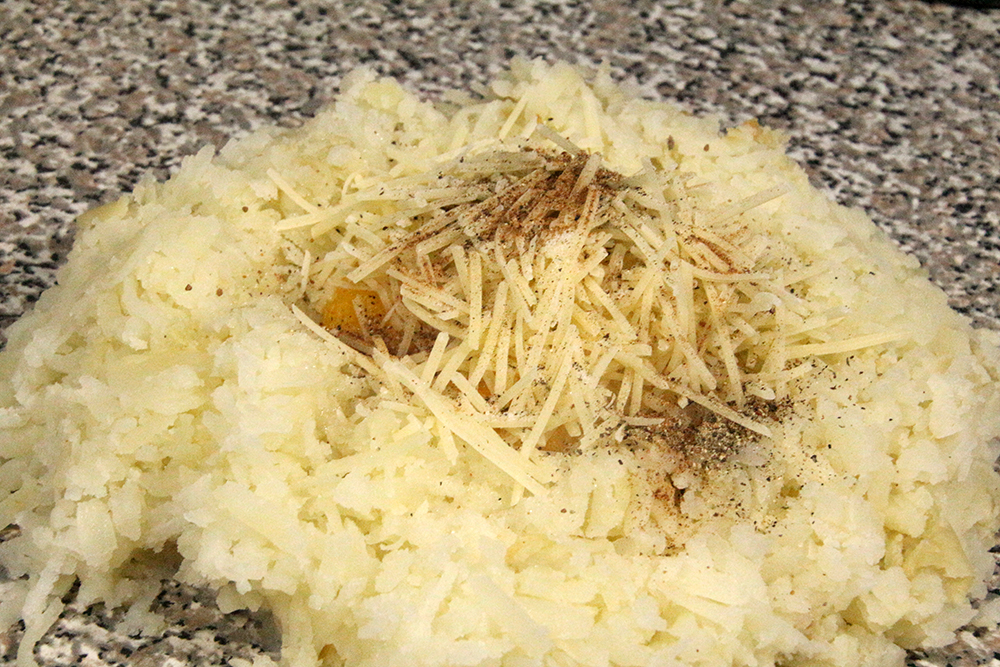 Mix the ingredients together by hand until well combined. 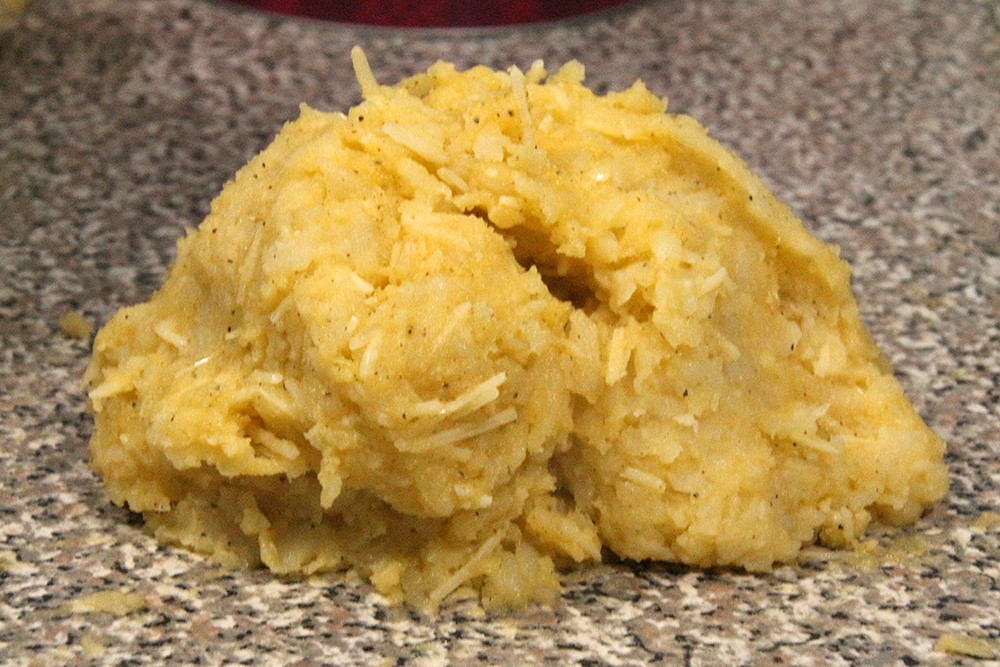 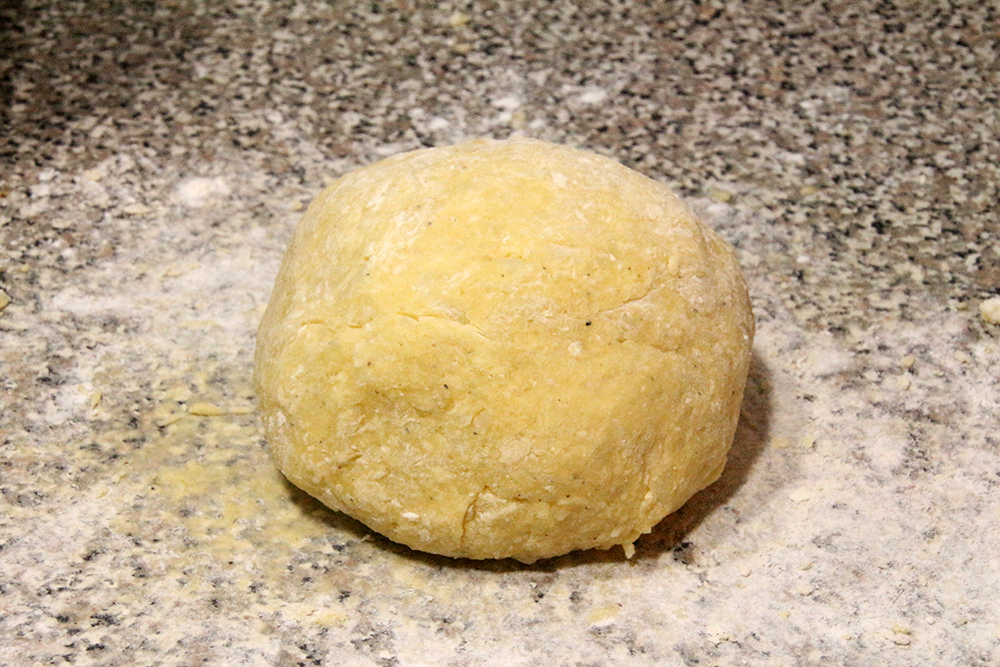 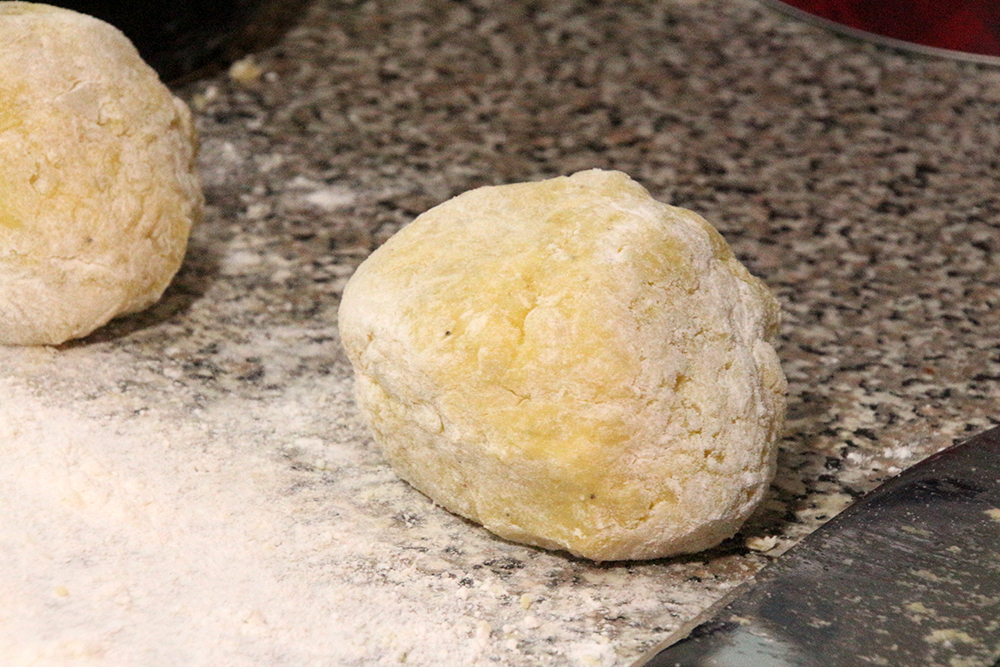 One at a time, roll each of the four balls into a rope, 1/2 inch in diameter, keeping the rope well-floured as you go. 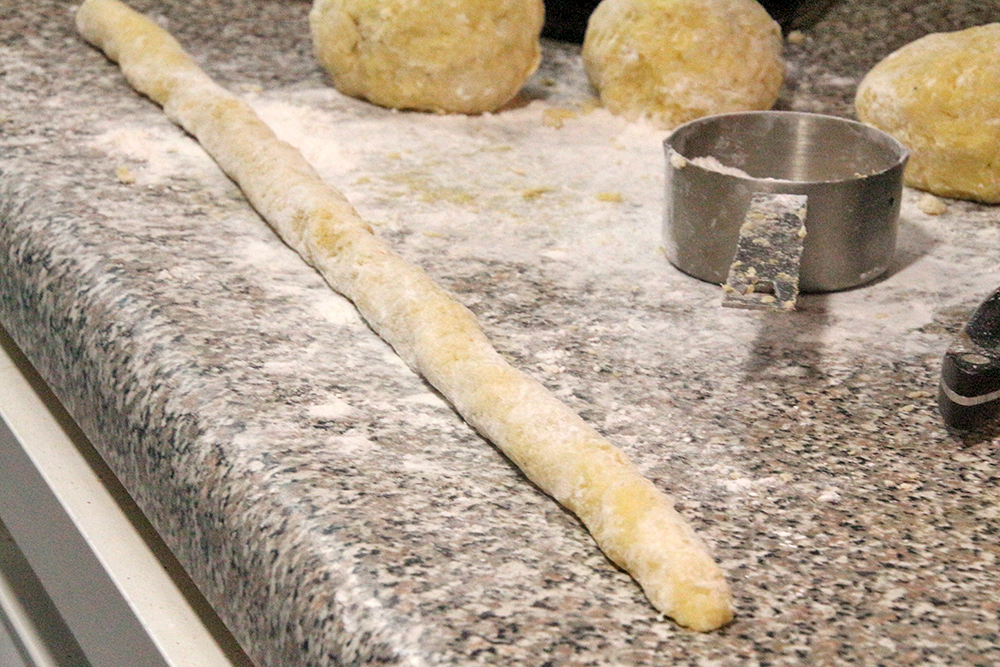 Cut the rope into small, equal pieces, keeping them floured as you go. 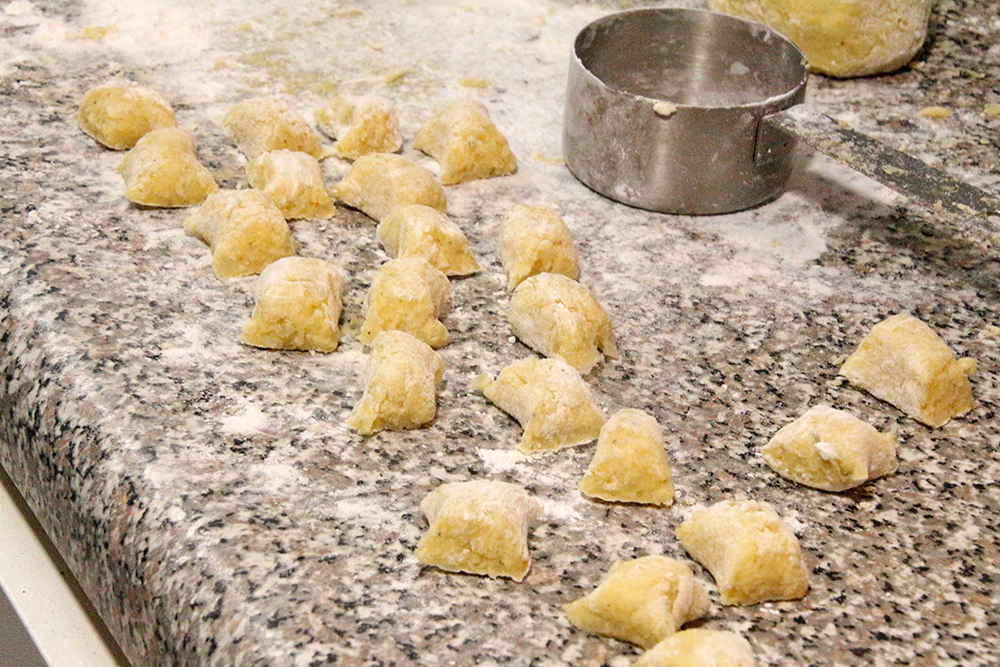 Roll each piece down the tines of a fork to get the classic gnocchi shape. 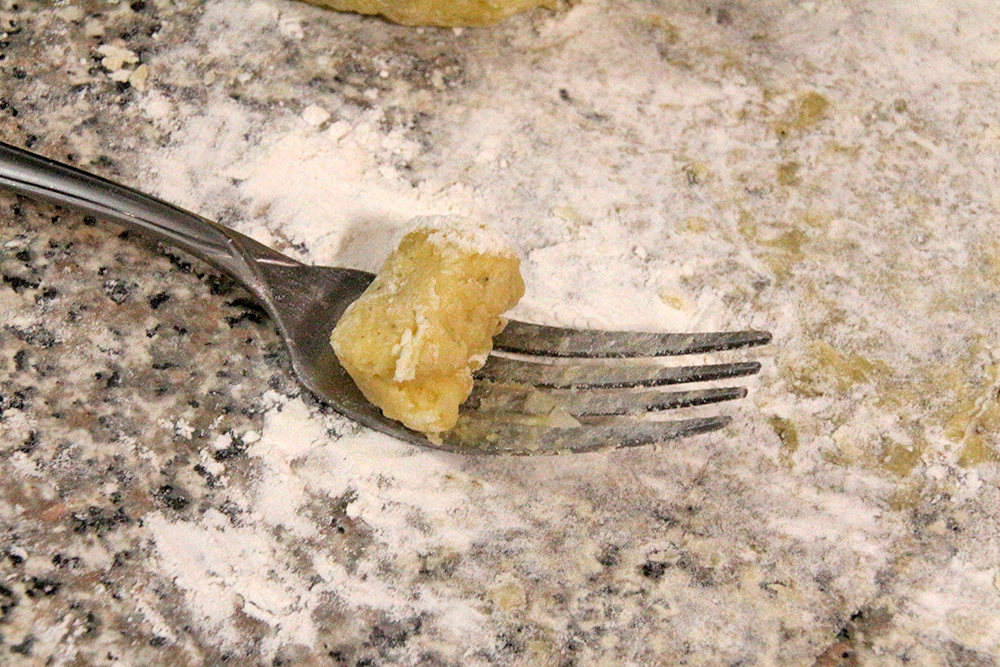 Move the pieces to a foil-lined baking sheet and repeat with the remaining three pieces of dough. 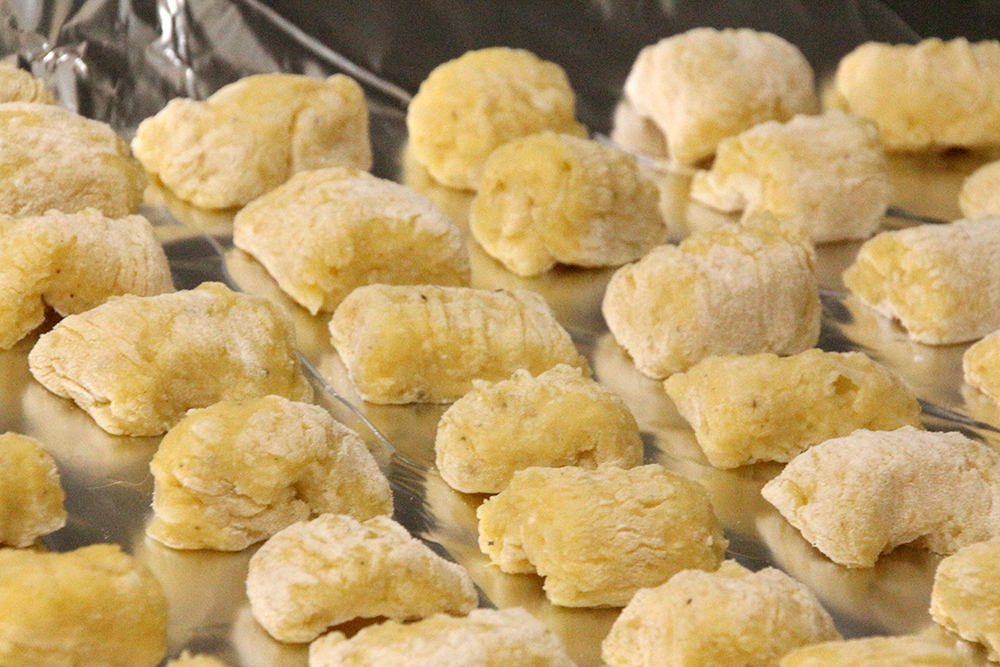 Once you have finished with all the dough, set the gnocchi aside to rest for 30 minutes and start on the sauce. Melt the butter in a large pan over low-medium heat. 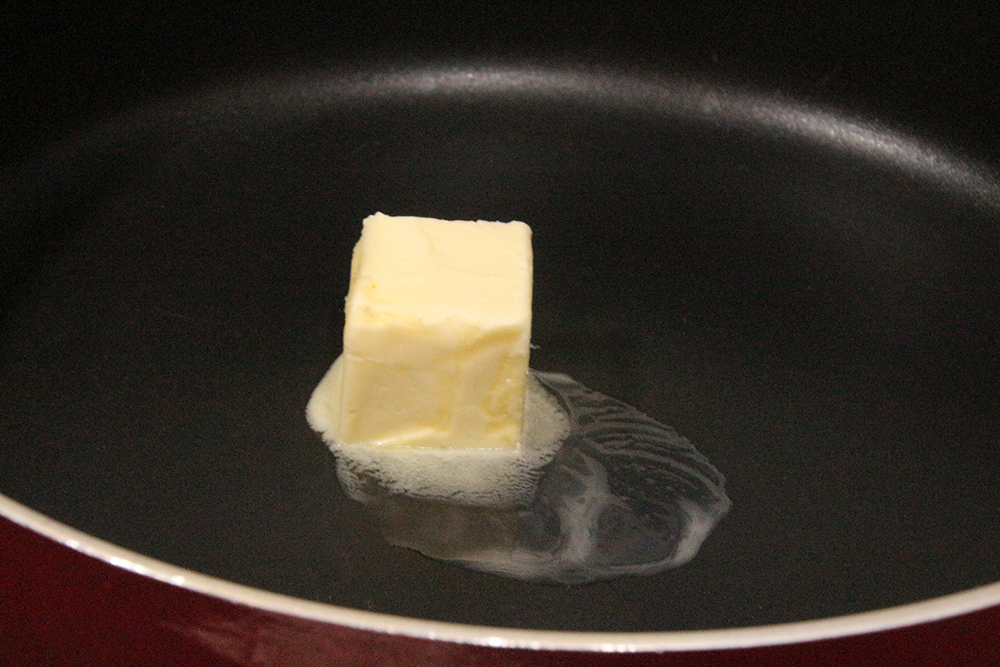 Once the butter has melted, add in the flour, whisking constantly until the flour is incorporated. 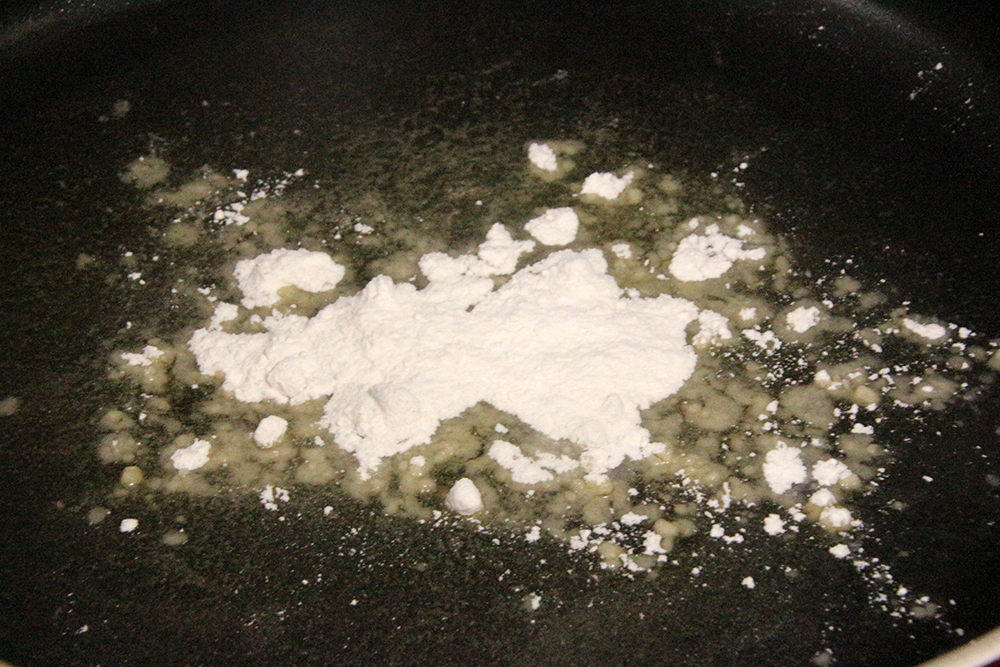 Add in the milk, all three cheeses, and garlic powder. 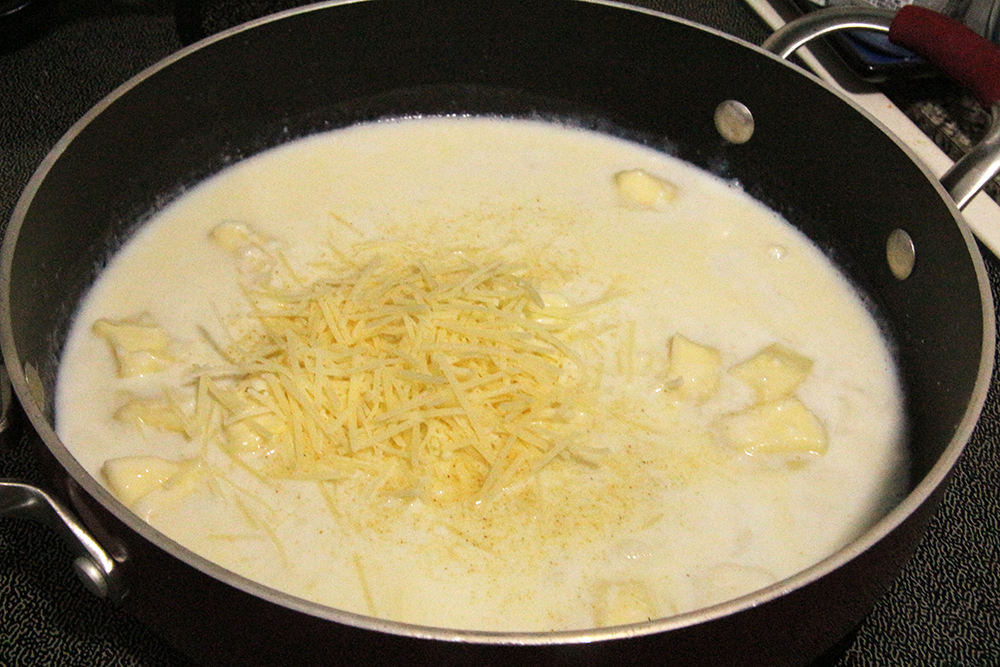 Whisk until smooth, then add in the Italian seasoning. Keep the sauce over low heat, stirring occasionally until ready to serve. 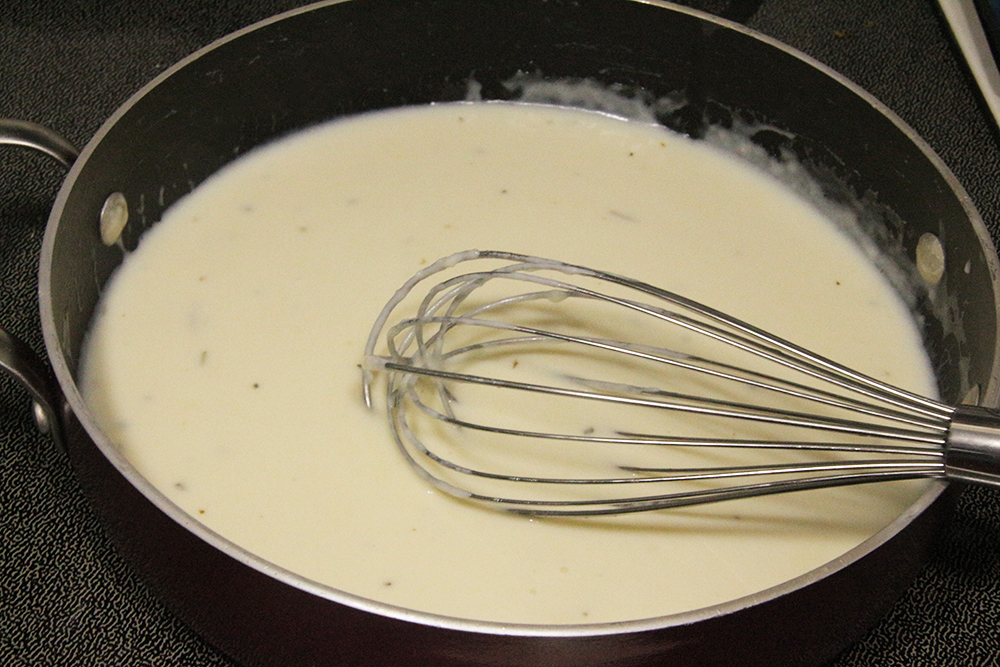 Bring a pot of water to a boil, then drop in the gnocchi, about 10 at a time. Allow to boil for 90 seconds after the gnocchi rises to the top of the water. 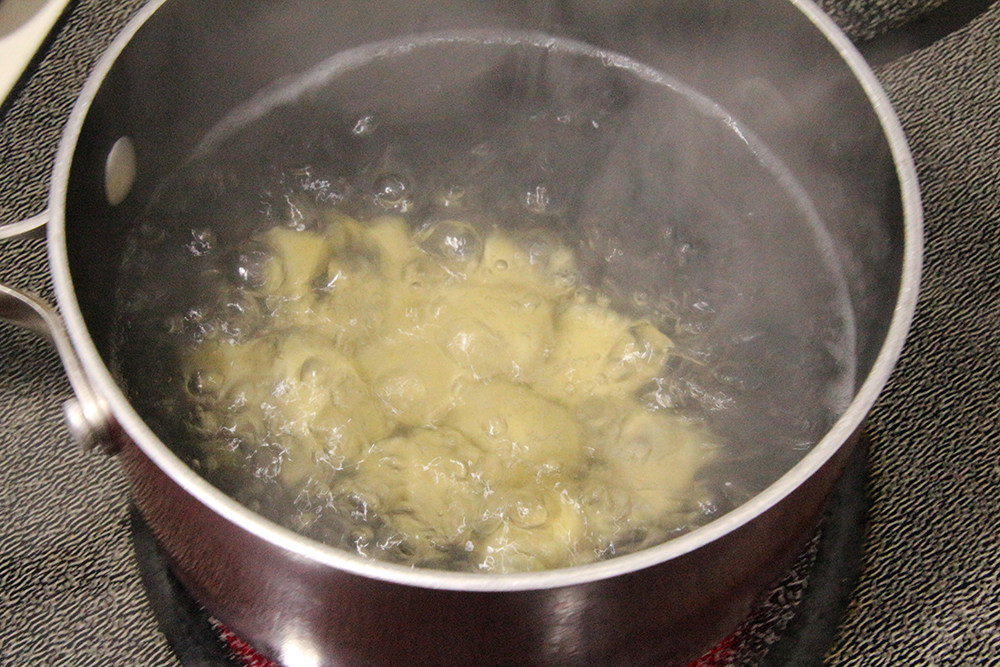 After the 90 seconds, remove with a slotted spoon and then drain. 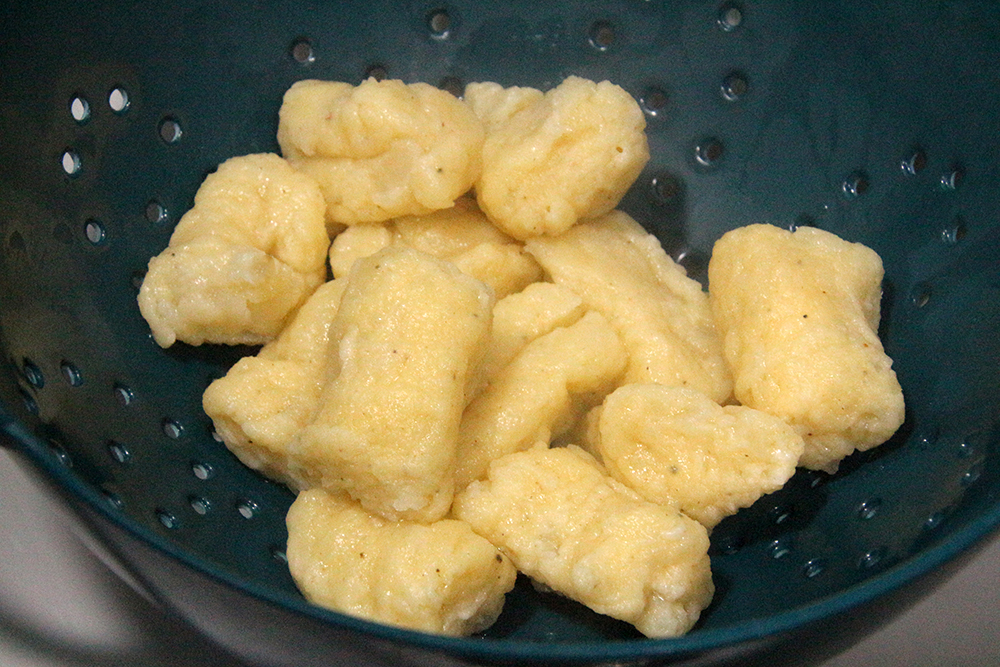 Top with the brie sauce, garnish with parsley, and enjoy! 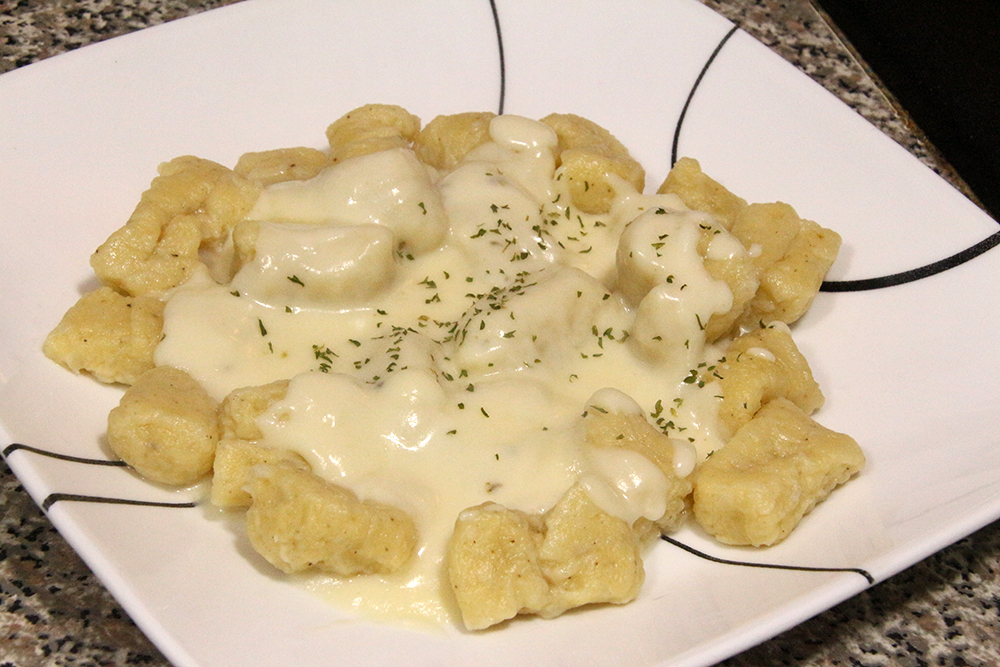 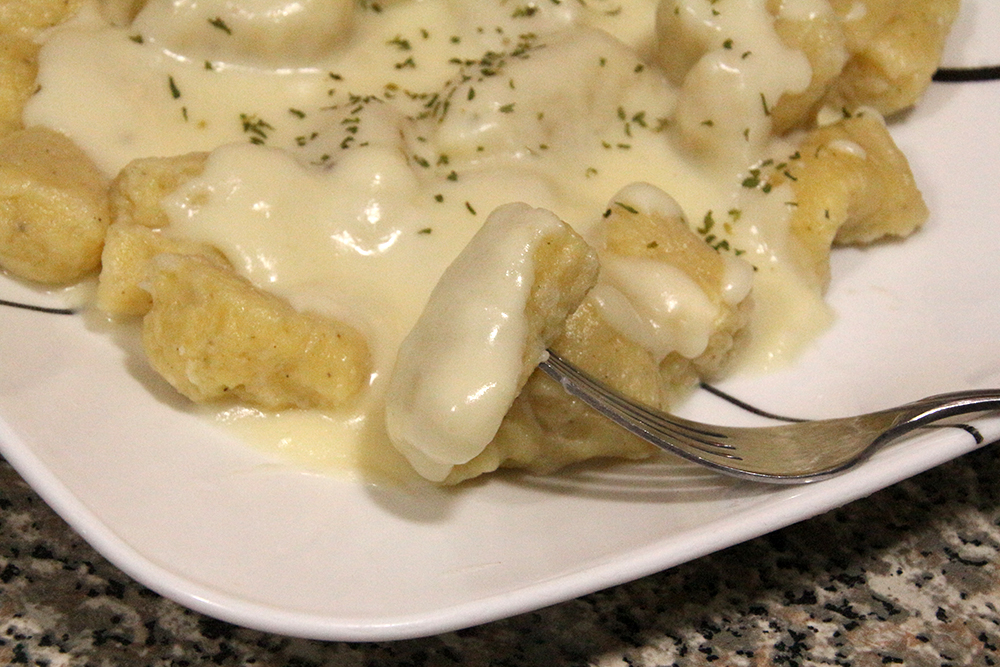 Gnocchi adapted from this recipe